Relive one of the PS2’s finest JRPGs with Final Fantasy XII: The Zodiac Age [This Week in Gaming] 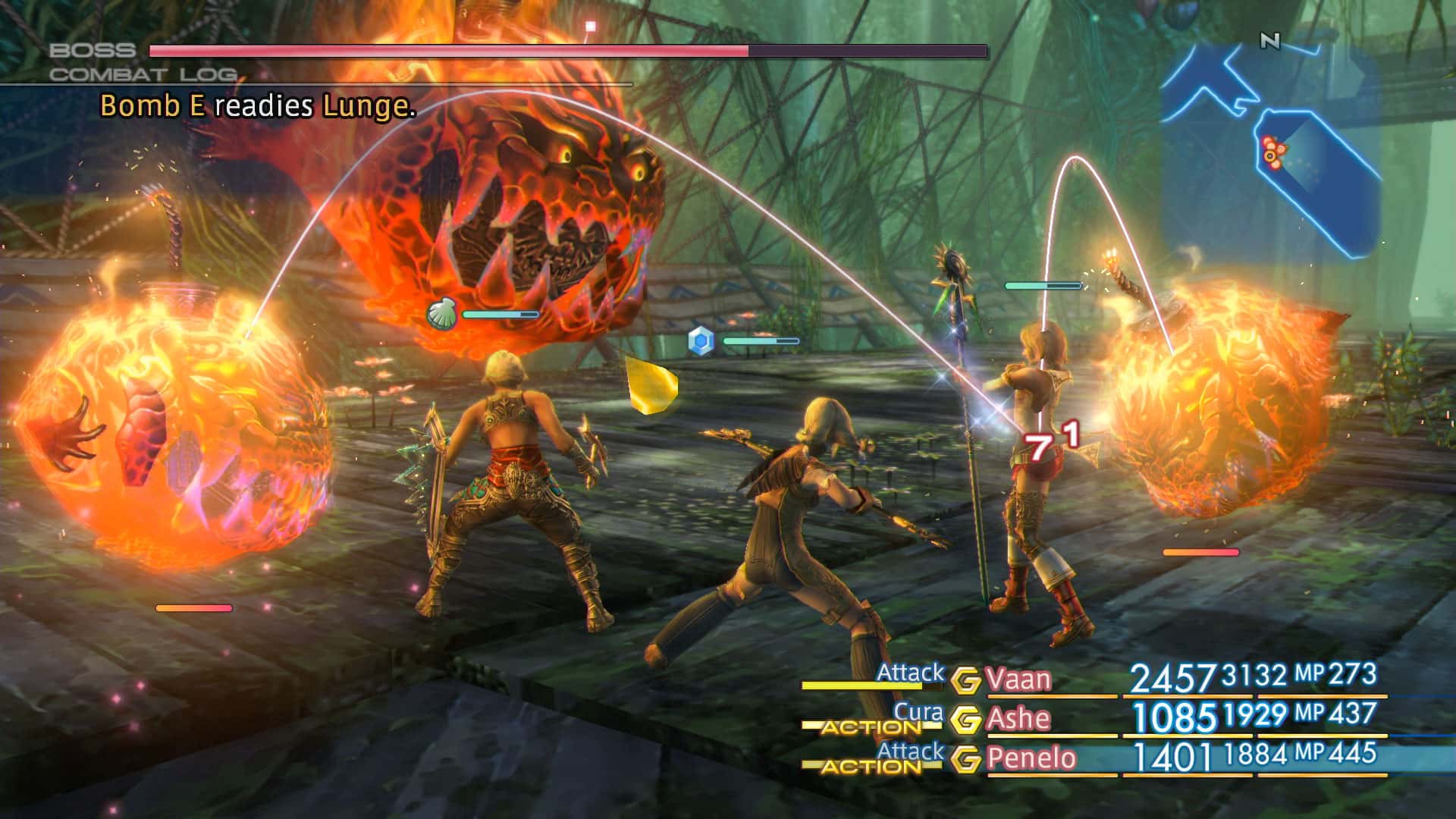 I haven’t truly enjoyed a mainline Final Fantasy game in years. 2010’s FFXIII was agonizingly linear and bereft of many of the strong hallmarks of the series is known for, like characters or RPG mechanics.

Later that year, FFXIV, a massively-multiplayer online title, debuted to disastrous results, which led to Square-Enix launching a completely re-hauled and far superior game in under the name A Realm Reborn. Still, I’m not looking for an MMO from Final Fantasy, no matter how good it may be. And finally, 2016’s FFXV released after a comically long development cycle, and while it won over a lot of series newcomers, it also woefully lacked the essential emotion and depth found in previous games.

That’s why Final Fantasy XII: The Zodiac Age — a remastered version of the 2006 hit PlayStation 2 game — is releasing at the perfect time for me. Final Fantasy is my all-time favourite series and I’ve clamoured for a great game in the series again, even if it’s one I’ve already played. Thankfully, I’m delighted to say that Square-Enix has done a wonderful job in bringing the game to the PlayStation 4, with all sorts of new graphical, technical and gameplay bells and whistles to boot.

The game takes place in the land of Ivalice, which fans may know is also where the Final Fantasy Tactics series is set. The small kingdom of Dalmasca has been conquered by the Archadian Empire and left torn asunder. Princess Ashe, the only heir to the throne, must embark on a perilous journey across Ivalice to liberate her country from the oppressive Archadian forces.

The plot manages to stay compelling throughout the game, with suave sky pirate Balthier and tortured knight Basch being particularly strong characters. Unfortunately, the same can’t be said about Vaan, the defacto protagonist, and Penelo, his cheerful friend — two teenagers who really don’t have any reason to be there, as they have no meaningful impact on the story.

While trying to frame a tale about warring factions from the perspective of teenagers could have been rather intriguing, it ultimately doesn’t pay off, with the pair coming off more as annoying tag-alongs than struggling, emotionally-unprepared youth. Still, Square-Enix weaves a politically-charged yarn that’s refreshingly different and more complex compared to most other Final Fantasy games.

Gameplay-wise, The Zodiac Age retails FFXII’s unique take on Final Fantasy’s traditional Active Time Battle system, where characters have to wait until a bar fills in between carrying out actions. What truly differentiates FFXII, though, is its Gambit system, which allows you to customize the behaviour of your otherwise computer-controlled party members.

For example, if an enemy inflicts “Blind” on a party member, which makes their physical attacks less accurate, you can create a Gambit which says “Ally: Status = Blind” and select the “Blindna” spell as a counter action. With this Gambit equipped, a given party member will automatically cure a blinded ally using Blindna in battle. It’s even so precise as to allow you to set very specific parameters, such as having an ally cast “Cure” when “Ally: HP < 30%.” 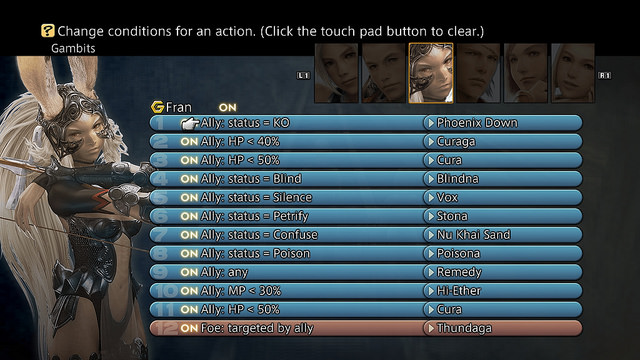 The system is also smart enough to recognize situations where carrying out an action would be redundant. If you’ve already had someone cast, say, “Haste” on Balthier to increase his action speed, a subsequent identical Gambit will only be carried out once that buff has worn off. In other words, you won’t have a character wasting time and magick points (MP) on casting an unnecessary spell. Similarly, if you’ve set Gambits on multiple party members to revive a downed ally, only one character will use the appropriate restorative item or spell.

Best of all, you can pull open the menu at any time to change Gambits on the fly, so you’re not forced to stick with a certain setup throughout any given battle. Furthermore, you can always freely switch between party members and input commands manually, which will automatically take precedence over any preset Gambits. It’s a deeply customizable, highly adaptive system that brings a decidedly MMO-esque flair to what’s an otherwise single-player console RPG. 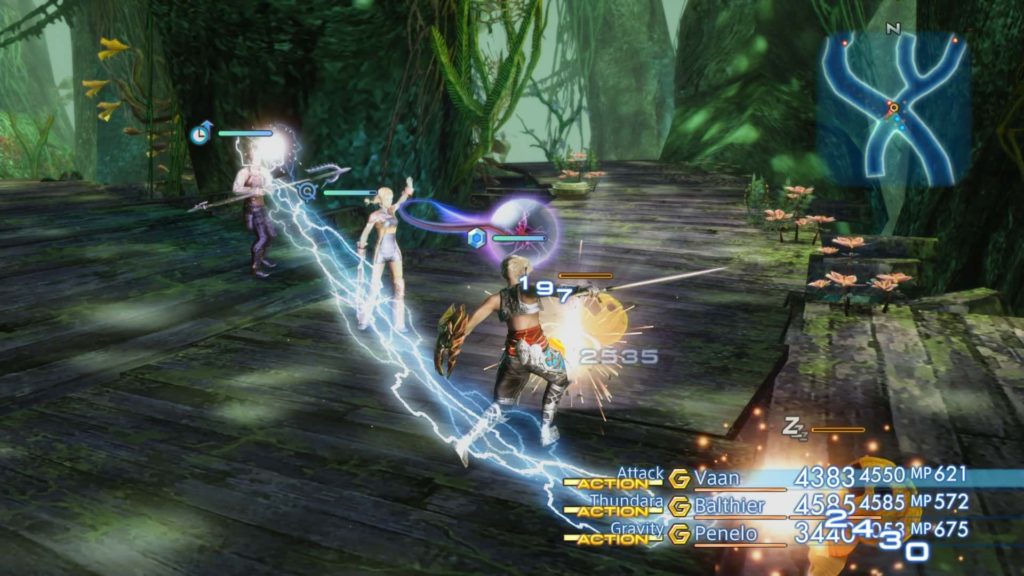 One of the most major changes in The Zodiac Age is the addition of a job system, harkening back to the classic Final Fantasy games of old. This is one of several bits of added content that was originally only in the Japan-exclusive International Zodiac Job System edition of Final Fantasy XII. While the original version of the game allowed players to learn skills from all sorts of the series’ traditional classes, like a Knight (offensive physical attacks) or Black Mage (offensive magic), The Zodiac Age wants you to be more precise in how you level your characters.

Now, there are (fittingly) 12 different jobs which all have their own License Boards, which are used to learn new abilities with the License Points gained from defeating enemies. Each character can choose to use two classes, which vary from long-ranged warriors like Archers and the gun-wielding Machinists to the tank-like Uhlans and Foebreakers. 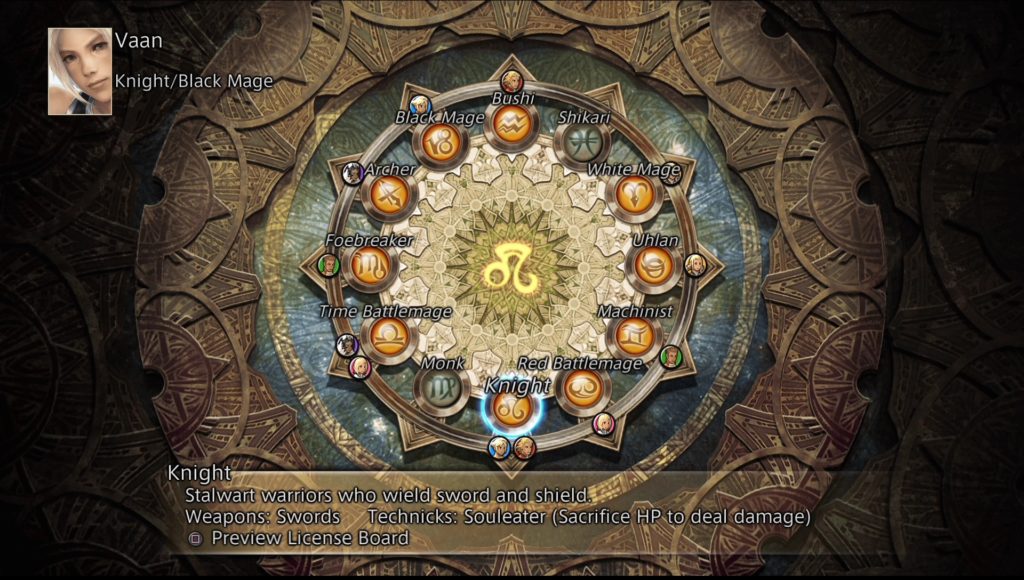 Those who have played FFXII before may find this system to be more limiting compared to the original version’s “jack of all trades” levelling style, but I appreciate that this newer system forces you to be more methodical. Now, you can’t just pour all your LP into every cool-looking weapon, spell and ability you see on the Board — you have to approach character progression a bit more thoughtfully.

Due to the more grind-heavy nature of JRPGs, it can sometimes get tedious to have to run back and forth in an area to lay waste to foes for that precious experience. Graciously, The Zodiac Age adds the ability to play the game at double or quadruple the speed, making those long treks (of which there are many, especially in the various labyrinthine dungeons), enemy battling and item farming a lot more efficient. This also helps in the game’s Hunts, a series of over 40 engrossing side missions which have you tracking down increasingly challenging monsters in exchange for rewards. 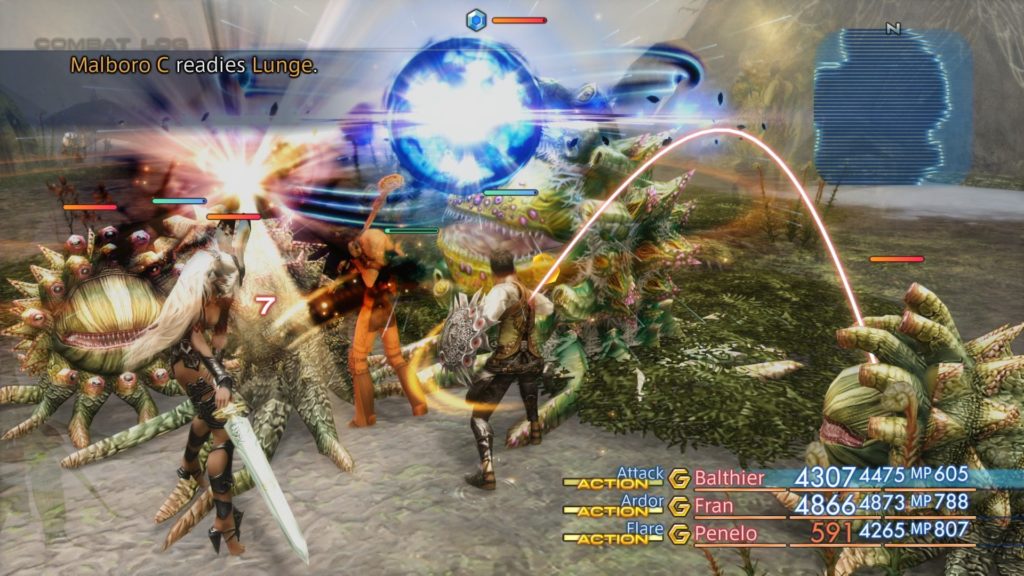 Some other improvements include auto-saving, a newly recorded soundtrack (bringing new life to Hitoshi Sakimoto’s already sublime score), the option to pull open a large overlay of the map by pressing L3 and crisper-sounding voice over, along with the option to choose between English and Japanese dubs. There’s also a new Trial Mode which pits you against 100 stages of enemies, for those who want an additional challenge.

And finally, what is easily my favourite change has to do with the Zodiac Spear, the most powerful weapon in the game. Original FFXII players may remember that the game nonsensically doesn’t even hint at the fact that opening certain chests early in the story will prevent you from obtaining the Spear later down the line. Doing so means the Spear will not appear in a dungeon known as the Necrohol of Nabudis. When a key part of an RPG experience is to find and acquire as much loot as possible, this is a perplexingly counterintuitive design choice that should never have been allowed to be added in the game. Thankfully, The Zodiac Age removes this system and lets you obtain the Spear regardless of which chests you’ve opened. It’s nice to see feedback was listened to.

When all is said and done, The Zodiac Age is exactly what a remaster should do. Whether you’ve played FFXII before, this enhanced PS4 version is the definitive way to play the game. An already excellent JRPG is made even better through solid new additional content and a number of important technical and gameplay refinements. This is a bold and daringly different entry in one of gaming’s best franchises and is an absolute must-play.

Final Fantasy XII: The Zodiac Age is available exclusively on PlayStation 4 at a cost of $64.99 CAD.