Become a legendary assassin in Ninja Arashi [Game of the Week]

In the game you play as Arashi, a former legendary ninja assassin whose wife has been killed and his son kidnapped by the devil Orochi. The goal of the game is to retrieve Arashi’s lost son, but there are many obstacles on the way.

Ninja Arashi isn’t the most intense of game, but it has many qualities that make it worth playing. First. lets talk about how the game looks. Though you’re playing as what is basically a stick figure, the game’s background is stylized impressively, from bamboo thickets to the daunting moon in the second stage, nearly everything about Arashi’s appearance, showcases a contrasting subtle artistry in a game where the protagonist doesn’t even have a face. 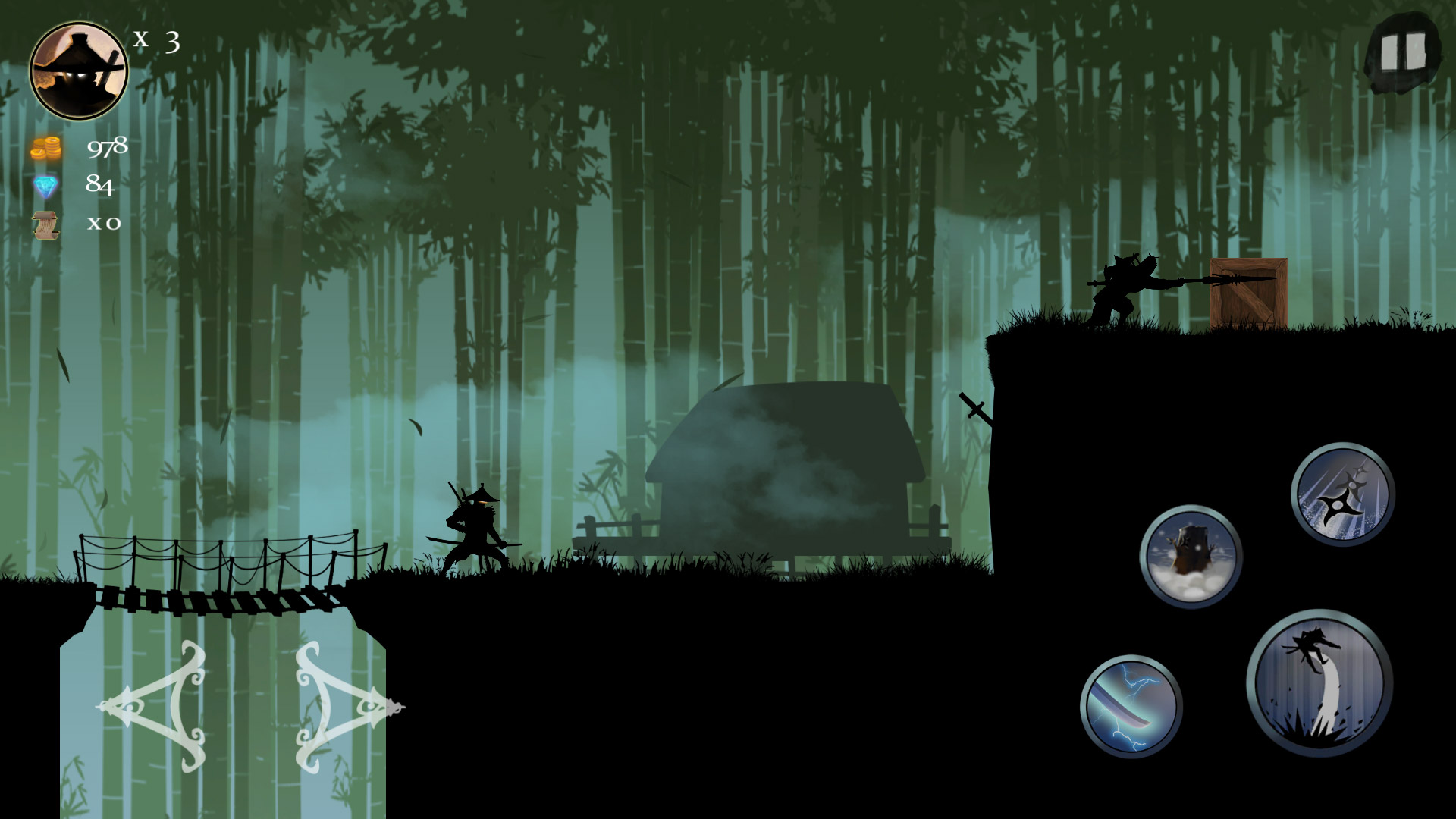 Even Ninja Arashi’s sound is great and somewhat soothing. The chirping of birds and the familiar music often found in ninja games, adds a calmness to the title, that becomes quite deceitful at times. The moment you start feeling too relaxed, the agonizing yell of Arashi will grab your attention as your body gets impaled by a trap.

The world of Arashi is filled with samurai trying to hack to you to pieces, spears, spinning gears and toxic waste that wants to dissolve you. Arashi utilizes a sword slicing ability that cleaves enemies and is also used to dash, Arashi can also double jump, and throw ninja stars to attack enemies from a distance. Furthermore, Arashi even has the ability to turn into an inanimate object to hide so enemies can no longer see him. While game doesn’t feature a wide variety of foes, the obstacles you have to surpass become increasingly more difficult as you progress throughout the game. 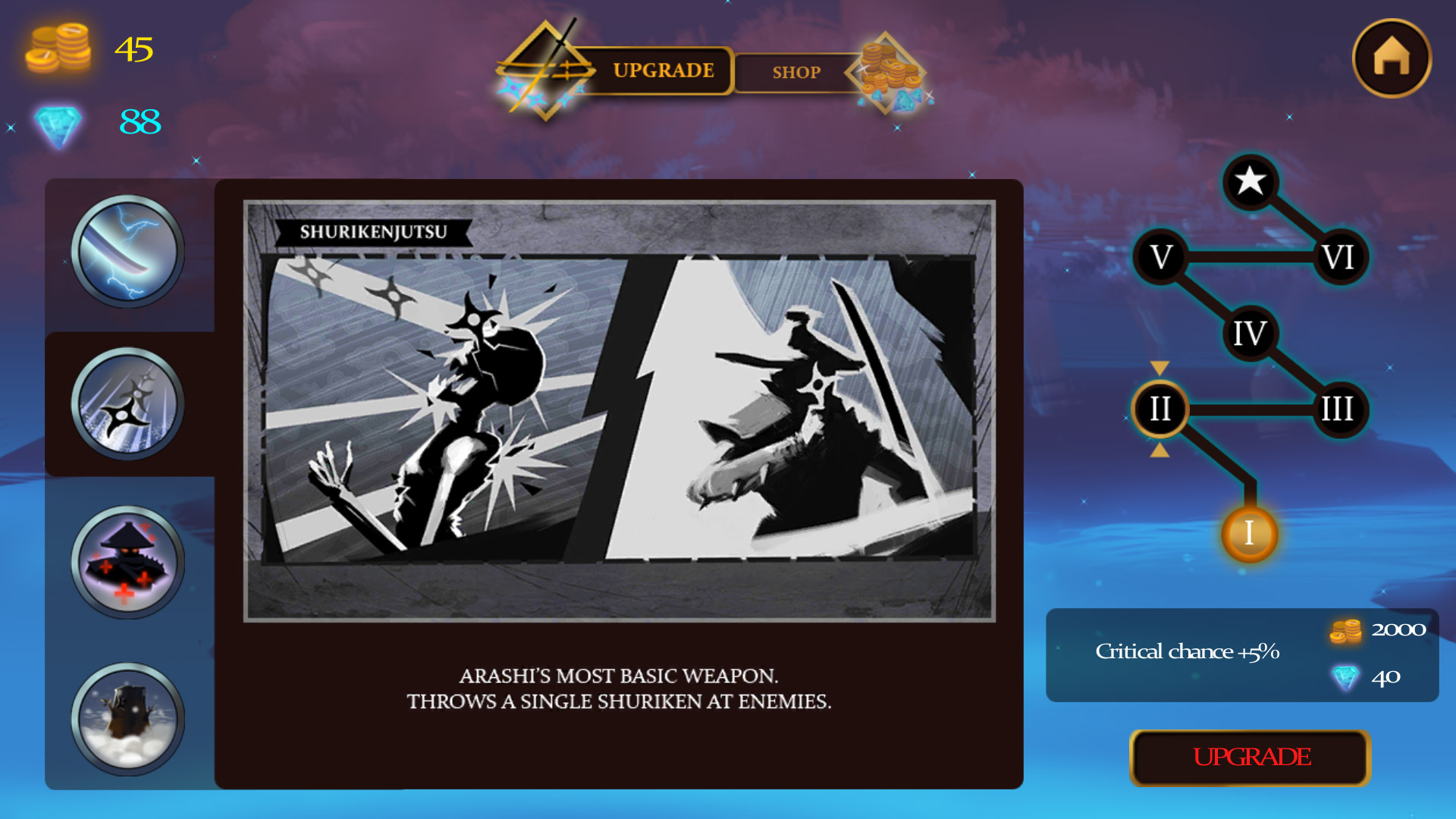 Additionally, the game allows the player to upgrade Arashi’s skills and customize his appearance, as well as the inanimate object he’s able to transform into.

Ninja Arashi currently features thirty stages and two maps, with additional 15 stages set to be added to the game soon.