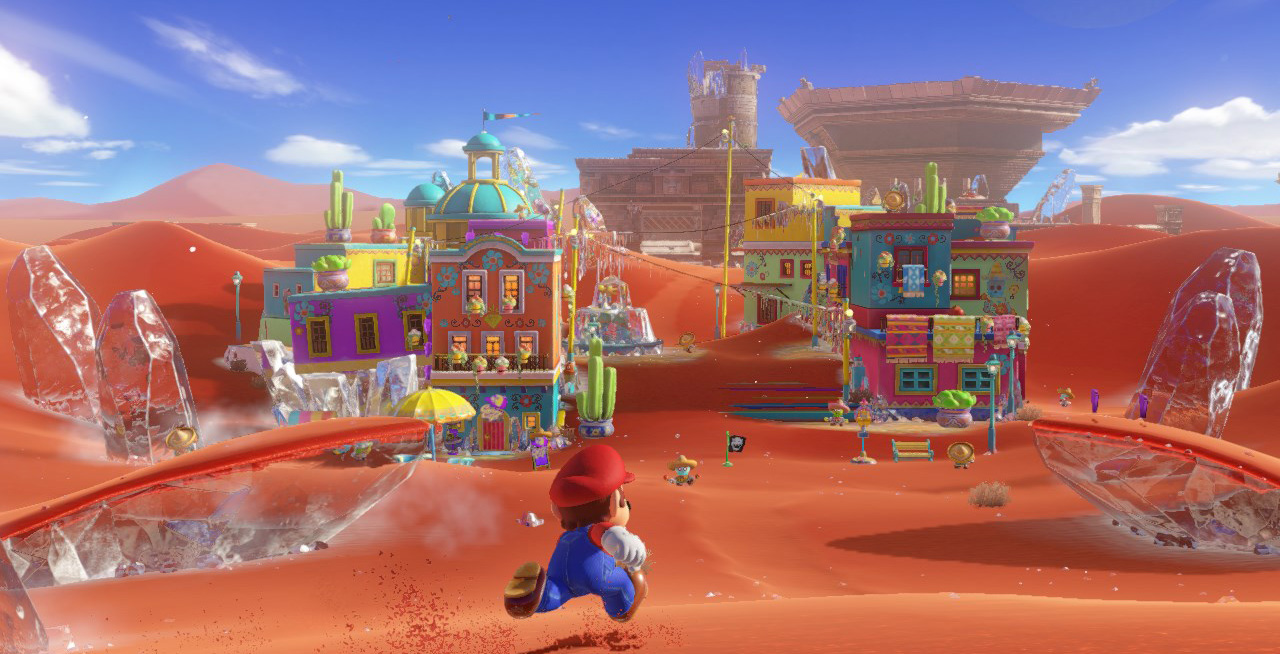 Super Mario Odyssey is the strangest Mario title I’ve ever played, but that’s exactly why it could be incredible.

Over the years, there’s been no better example of Nintendo’s creativity in game design than the Super Mario Bros. franchise. While Nintendo’s core mascot may seem, at least at a glance, like a static figure in gaming, there was a time when the Mario series was considered by many as the epitome of iterative innovation.

If the E3 2017 demo of Nintendo’s latest entry in the Mario franchise is any indication, Super Mario Odyssey marks a return to the era where each Mario title felt distinctly different.

Odyssey is also an evolution of the classic exploration-focused titles in the series, Super Mario Sunshine for the Gamecube and Mario 64 for the Nintendo 64. 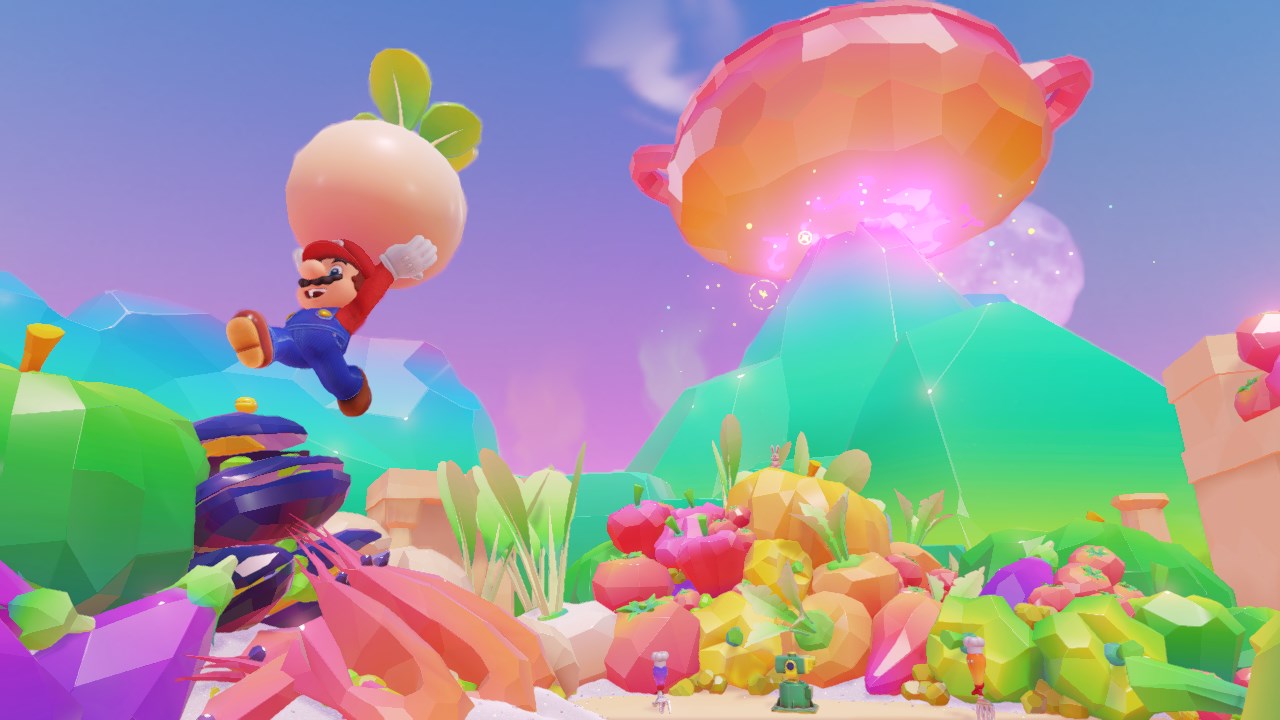 At first, returning to an exploration-based Mario title is a little jarring and perhaps too reminiscent of Sega’s ill-fated first attempt to bring its blue hedgehog to 3D with Sonic Adventure.

After a few minutes, however, the game’s wacky world slowly begins to make sense and feel right at home in the canon of the Mario universe, though Odyssey is still an extremely strange game, especially coming from Nintendo.

The first world I visited, which Nintendo refers to as ‘Kingdoms’ in Odyssey, is called New Donk City, a sprawling metropolis that makes Mario’s short, cartoony body feel drastically out of place among regular sized humans. This is an intentional move on Nintendo’s part as the company seems to want to make its plumber mascot feel slightly out of place in each stage. 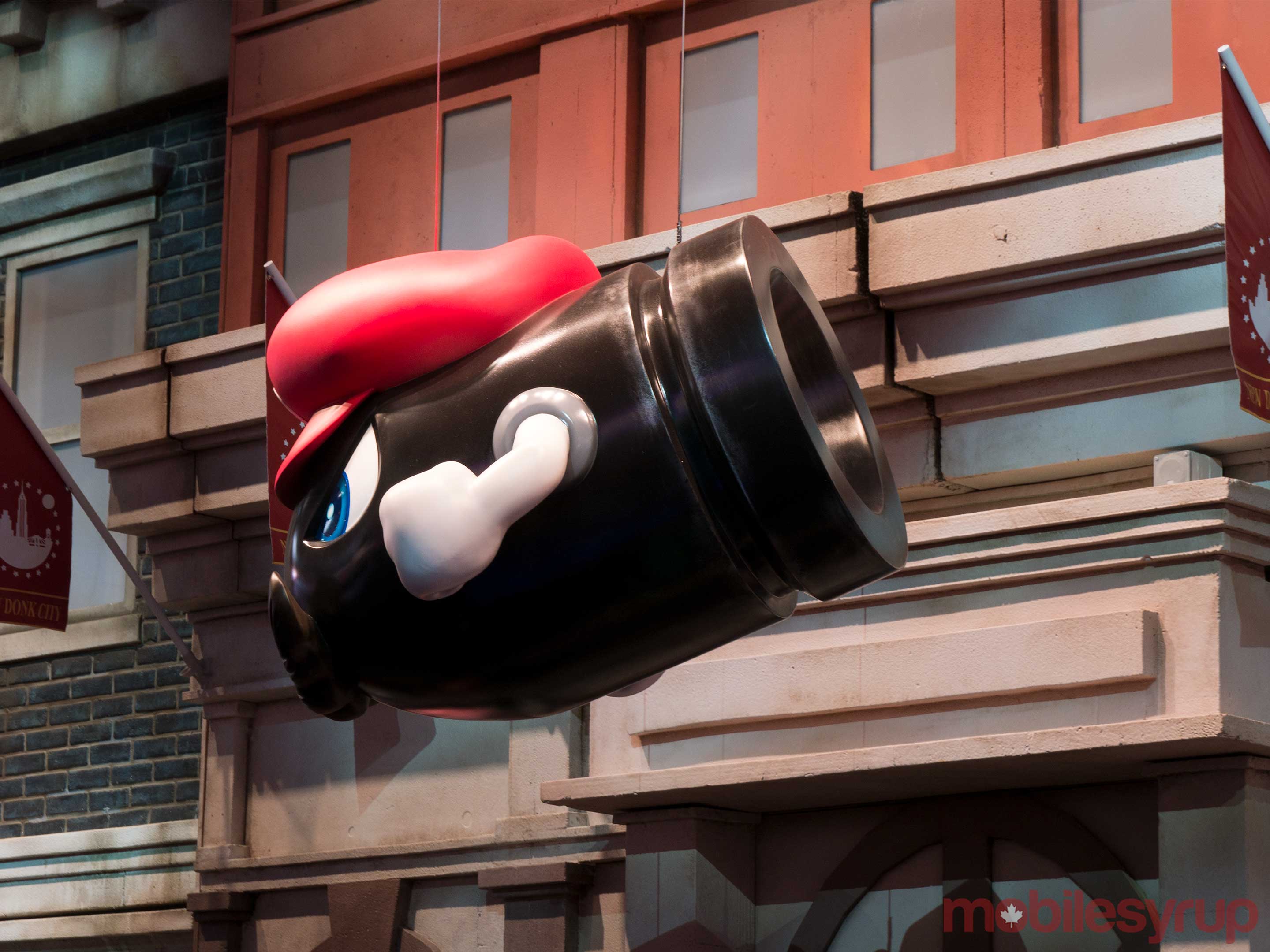 This opens up the door for new possibilities in a Mario title, bringing its characters to new settings and venues that don’t match Nintendo’s typical themes or aesthetic.

Moving past its look, however, New Donk City is designed to be climbed and explored, just like every other title in the Mario series. I spent time exploring the city, wall-jumping between scaffolding, climbing up a telephone pole and even, yes, driving a scooter, Grand Theft Auto 3 style. My goal in this Kingdom was to collect coins and find ‘Moon’ — think Mario 64’s collectible Stars — items needed to power Mario’s airship called the Odyssey.

Mario controls just as he has for years in 3D titles, allowing him to run, jump and bounce across the stage’s various platforms and skyscrapers. He also has new abilities, including the power to throw his cap to defeat enemies and collect coins. Holding down the throw button also allows you to lock the hat in place, creating a temporary platform to jump off of and find your way to out-of-reach ledges. The cap can also spin around Mario, taking down enemies in the surrounding area. 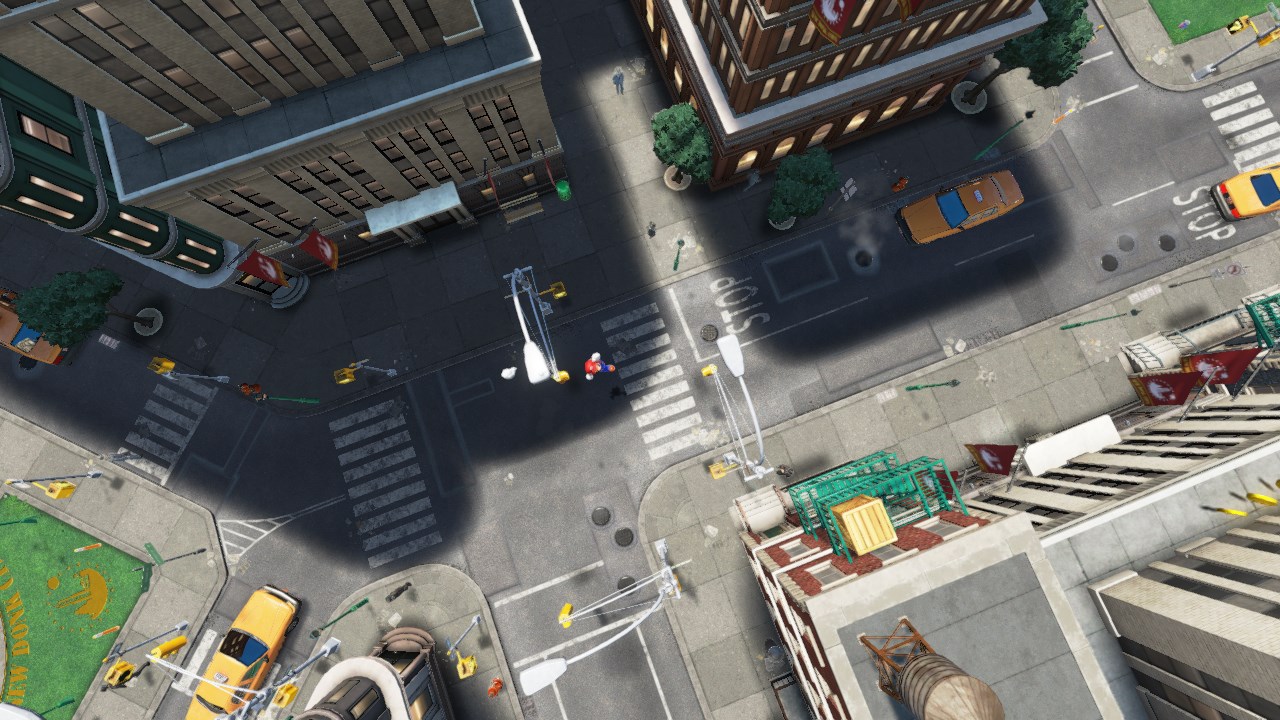 The hat can also be used to ‘capture” enemies, allowing the player to possess them and take control of their body (yes, this is as strange as it sounds). This is Odyssey’s version of a traditional Mario power-up. Instead of hitting a question mark box and uncovering a themed costume like in past games, Mario now has the ability to take control of a Bullet-Bill flying across various areas of Odyssey’s stages.

There are also portions of the game that are a throwback to 2D sidescrolling Mario, complete with classic NES platforming. While somewhat out of place and a diversion from Odyssey’s core 3D platforming, seeing classic NES Mario graphics reimagined in a 3D world is a fascinating mix of old and new.

The second stage I was able to test out at Nintendo’s E3 booth included a Mexican art-influenced Sand Kingdom. While I spent far less time running around this particular world, its colourful skull mask-clad residents had me chuckling out loud in a number of instances.

With the release of The Legend of Zelda Breath of the Wild, a game that marks a stark shift for the historic franchise, Nintendo proved that taking chances can pay off.

For a company that has been reluctant to change with the evolving video game industry over the past decade, it’s refreshing to see the Japanese gaming giant trying something risky with its most valuable franchise.

While I’ve only played a small slice of Super Mario Odyssey’s gameplay, I spent my entire time with the game grinning, laughing and generally having a great time.

The Mario series is finally evolving again, and this is a good thing.

Super Mario Odyssey is set to be released on October 27th for the Nintendo Switch.