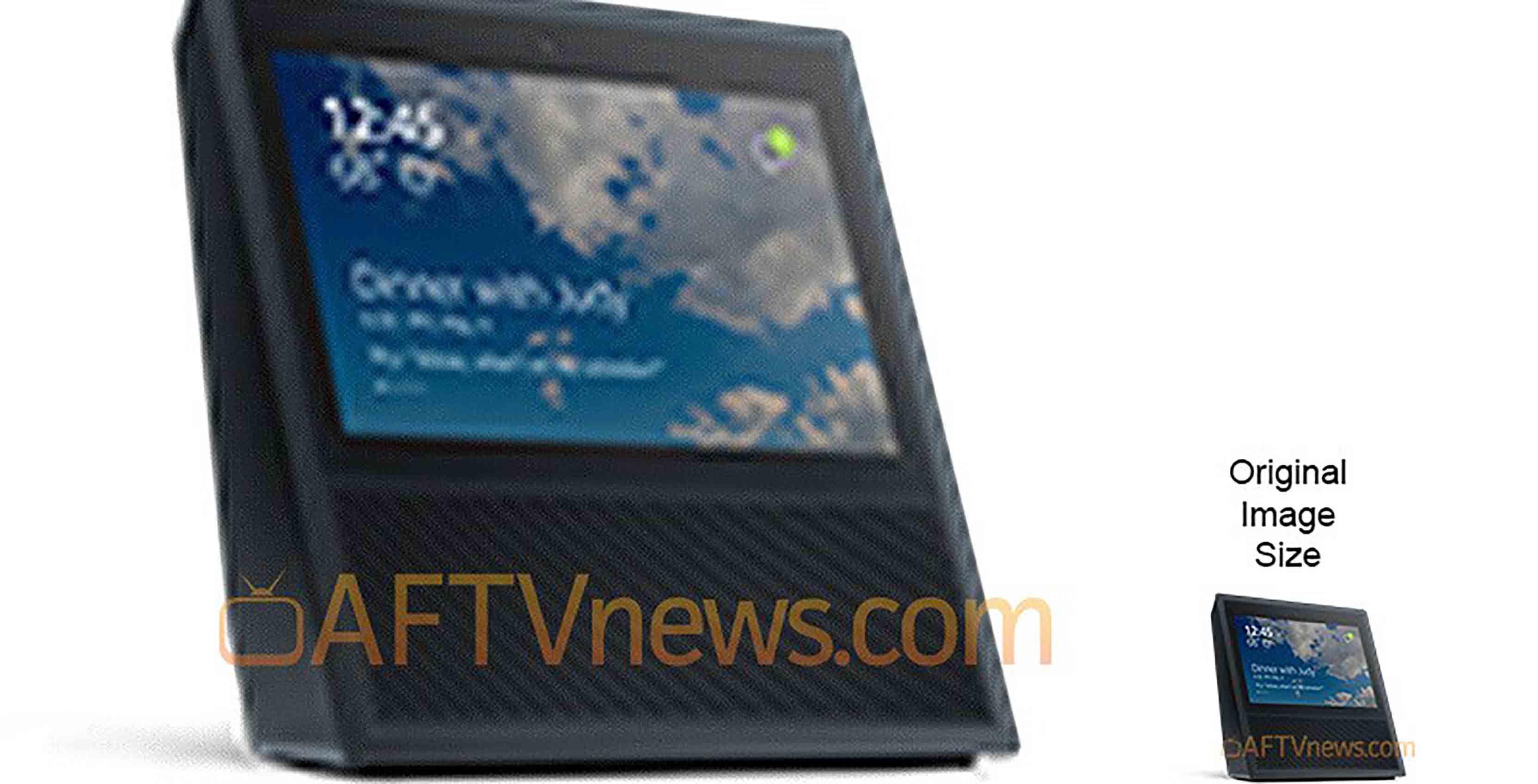 This might be the first look at the often-rumoured upcoming version of the Amazon Echo that features a touchscreen, codenamed ‘Knight.’

AFTVnews datamined the picture from the Seattle-based company’s servers, meaning the validity of the photo is unknown. It is worth noting, however, that the leaked photo was subsequently corroborated by prolific leakster Evan Blass.

Furthermore the leaked image is small and there is no way to confirm this is actually Amazon’s rumoured Echo device. Additionally, the image doesn’t show any distinguishing markings that could prove it’s an actual Amazon product.

Here, let me help you with that. pic.twitter.com/9YokBj4pXQ

Nevertheless, AFTVnews also leaked the Echo Look, Amazon’s most recent Alexa voice-activated assistant, a month before the company announced the device. The leaker says they used the same method to search for the Look as they did to locate this alleged Amazon Echo that features a touchscreen.

The ‘Knight’ is set to be Amazon’s flagship Alexa-enabled device and is rumoured to feature a 7-inch touchscreen display while running on Fire OS. The device appears to have a small camera, meaning it could include some of the same features as the Echo Look.

There is a possibility that we here in Canada will not get this rumoured Amazon flagship device, considering we still aren’t able to buy the original Amazon Echo.

The Echo and the Canadian made Alexa-enabled Ecobee4 can’t be purchased in Canada, as well as many other devices that feature Alexa.

According to an Ecobee representative, Amazon’s Alexa voice-activated assistant is not available in Canada and until Amazon officially launches the platform here, it’s unlikely we’ll be able to get our hands on this still rumoured device either.