In many ways, Ellie & Max reminds me of an overhyped indie darling from a few years ago called Fez.

Though the game adopts Fez’s hook of shifting perspectives, rather than a confusing adventure title, Appetizer Games’ title focuses on quick levels that can typically be finished in a few minutes, making the game fit perfectly on mobile as a platform.

In Ellie & Max players take control control of an abnormally large, polygonal dog with the goal of collecting strange objects in order to rescue his companion, Ellie. Players gather these items by altering the game’s perspective and twisting its world around, with each stage having a set number of shifts.

Moving the world around is relatively easy, but if Max becomes hidden behind an object, it won’t lock into that particular perspective. In a number of instances this led to frustration on my part because the world shifting system is very mechanical. 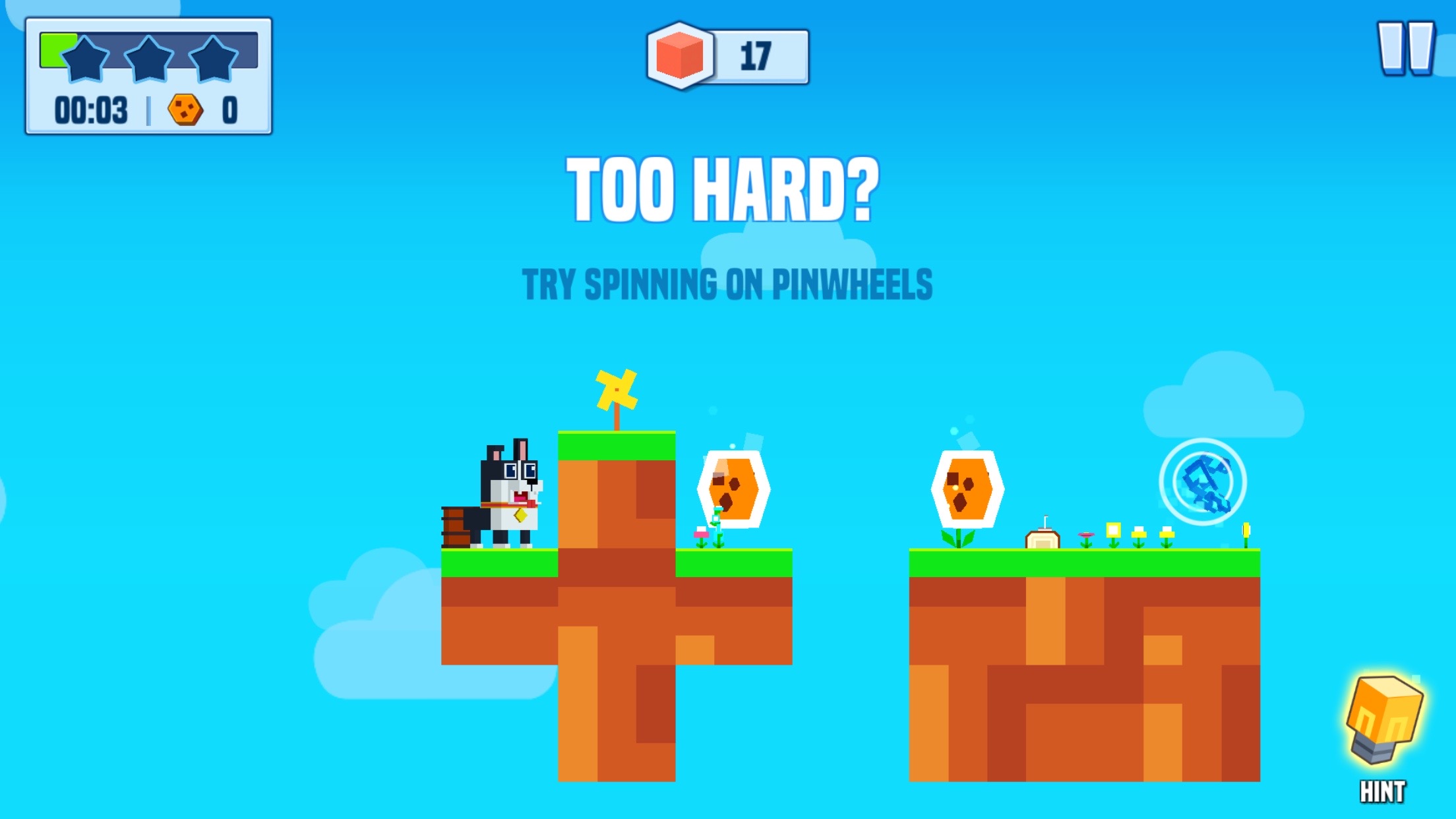 The first few stages of the game introduce the player to its core mechanics, but after that point Ellie & Max throws you into its puzzle world. As expected, stages become increasingly difficult, with some levels stumping for dozens of minutes.

Visually the game has a Cross Road-like look to it, adopting a pixelated, retro style with a sheen of modern gloss. Furthermore, while the companionship between Ellie & Max isn’t at a Banjo-Kazooie level, it’s still interesting and has nuances that start to show up in the title’s later levels. 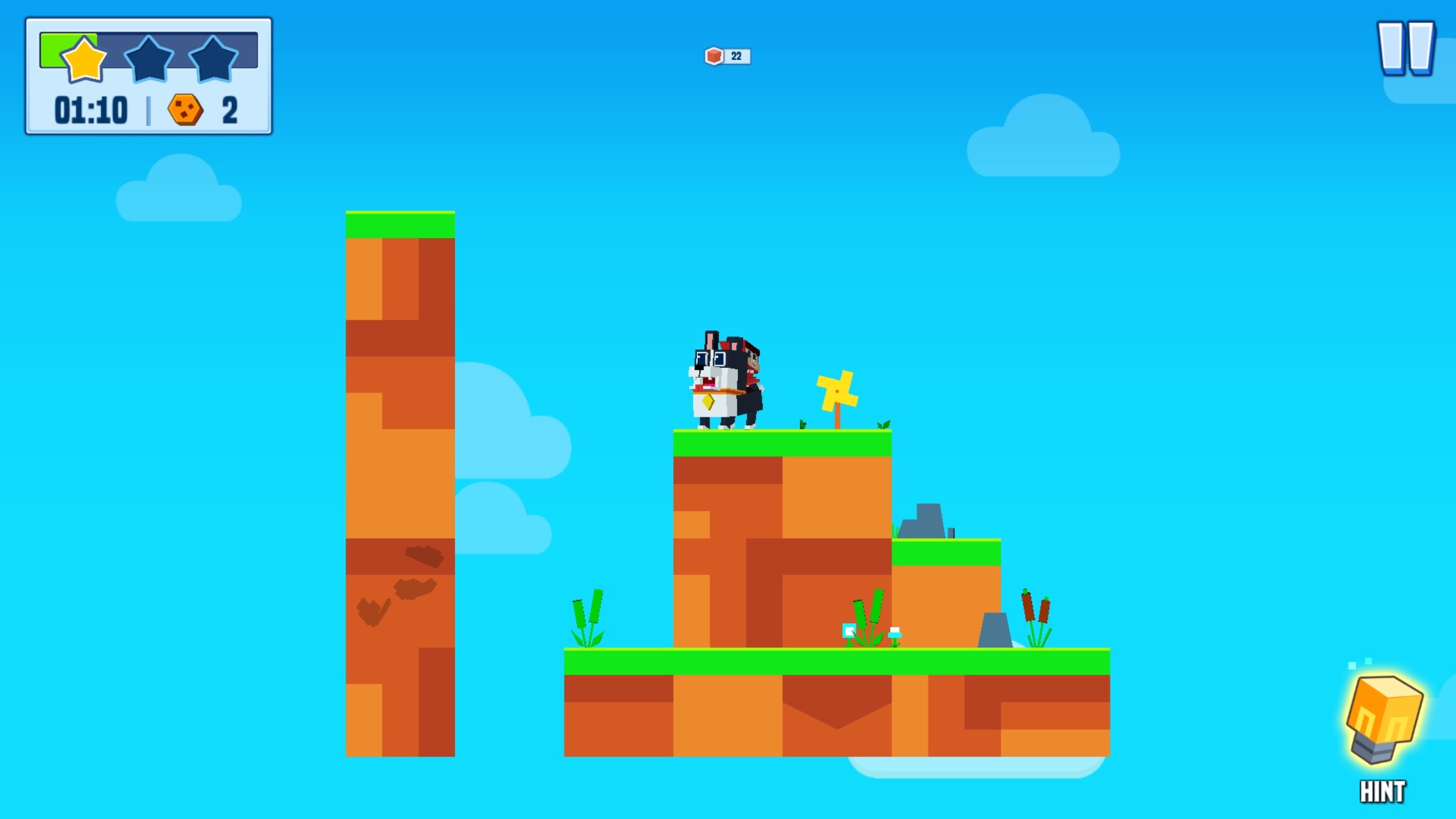