Rogers and Bell to release the LG V20 in March 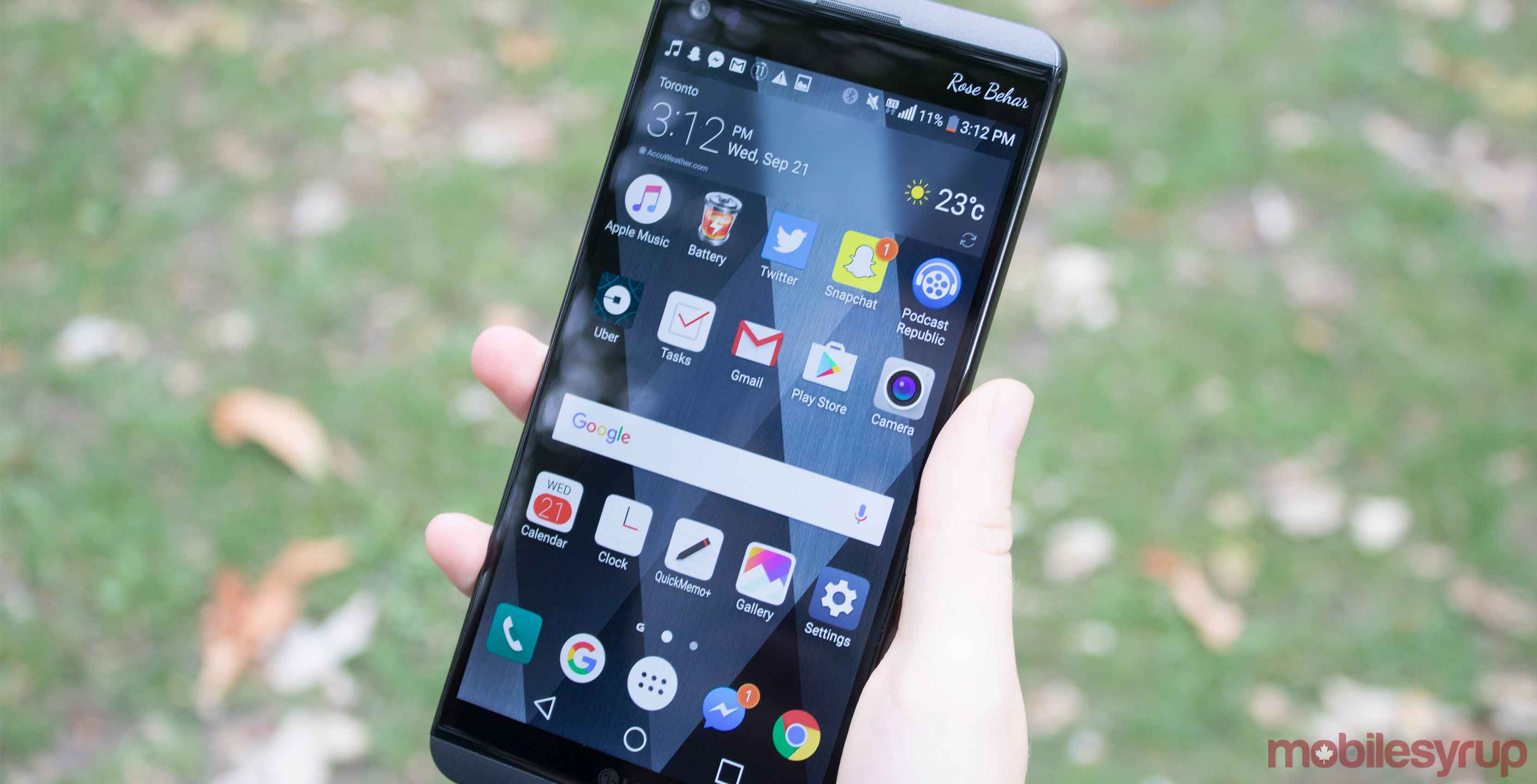 The LG V20, LG’s multi-media focused premium device with a dual-camera setup and a secondary display, is coming to Rogers and Bell in March 2017, according to internal documents received by MobileSyrup.

The smartphone was initially launched on Freedom Mobile and Quebec-based regional carrier Videotron in late October 2016. The V20 is $1,029.95 no-contract at Videotron and sells for as little as $49.95 on a two-year plan of $89.95 or more. At Freedom, which values it as one of the few devices that supports Band 66 LTE, it is $999 outright and as low as $99 down with a $25 MyTab Boost.

The V20 was released with Android Nougat, runs on a Qualcomm Snapdragon 820 processor backed by 4GB of RAM and was the first smartphone to ever feature a 32-bit Hi-Fi Quad DAC for high-quality audio.