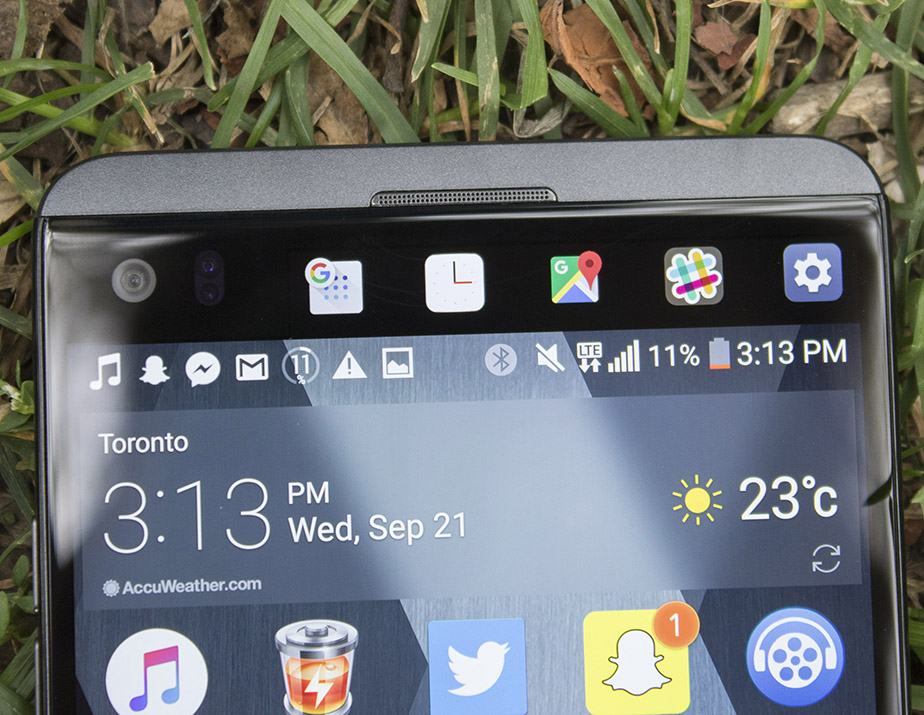 Almost two full months after being officially announced, the LG V20 is finally hitting the shelves in Canada, courtesy of Videotron and Wind Mobile.

In a recent announcement, the company noted that early buyers will recieve a bonus in the form of free Beoplay H3 headphones by Bang & Olufsen, while quantities last.

The arrival of the V20 marks the first time a device from LG’s V-series has landed on Canadian soil. The phone is designed to deliver the ultimate multimedia experience, with a dual camera setup that provides impressive wide angle shots and the first 32-bit digital-to-analog converter (DAC) for a super high-quality audio experience. Also noteworthy is the secondary screen, often described as a ticker, that runs above the main display to show notifications and frequently-used apps.

The handset features a 5.7-inch QHD IPS display, carries a 3,200 mAh battery and runs on a Snapdragon 820 chipset backed by 4GB of RAM and 64GB of UFS expandable internal storage. It’s one of the first devices to arrive with Android 7.0 Nougat.

In terms of connectivity, the V20 is Band 66 compatible, allowing it to work on Wind’s upcoming AWS-3 LTE network.

It’s yet to be seen what other Canadian telecoms, if any, will carry the smartphone.