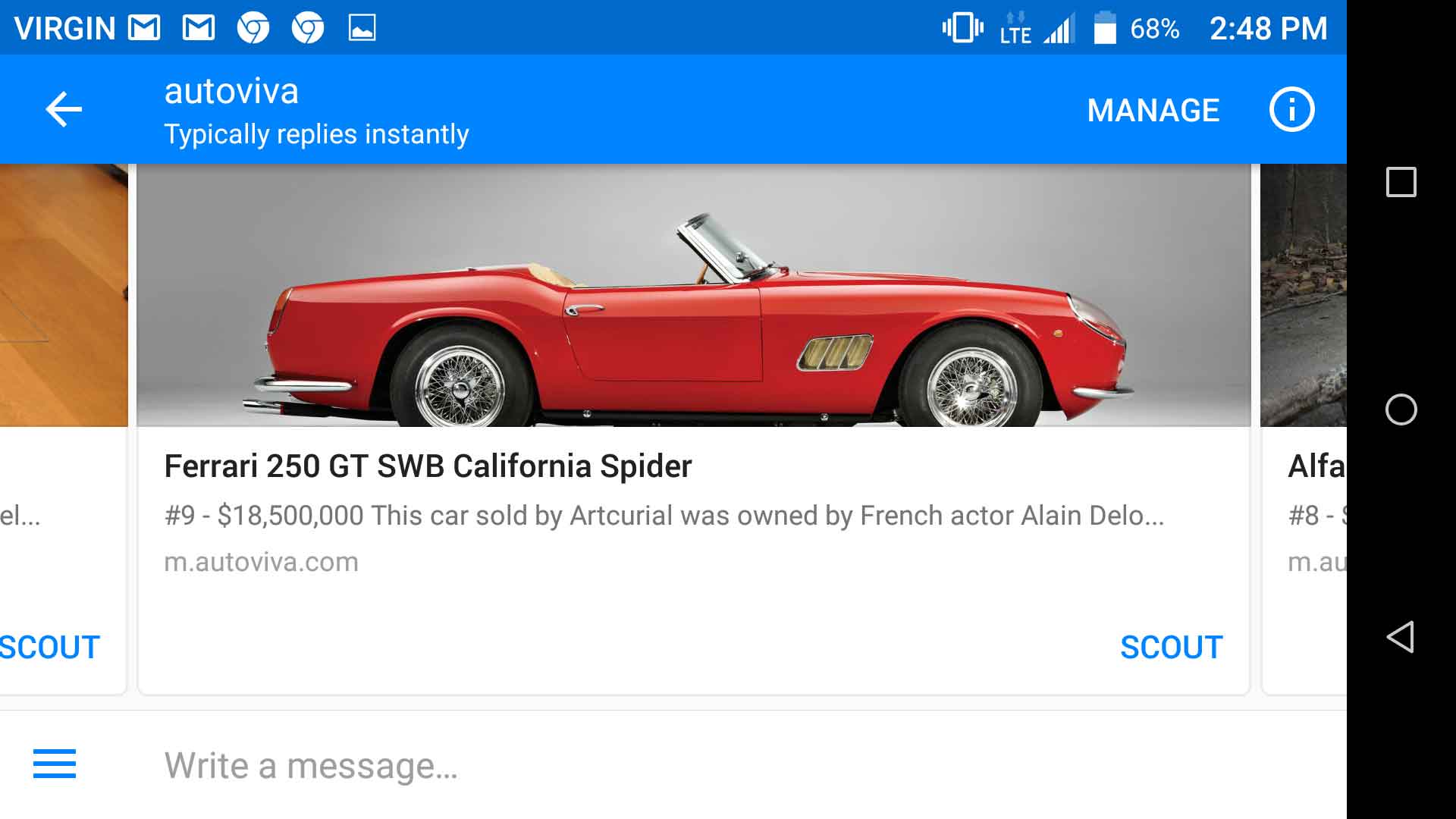 Like many bots, it allows you to follow news on certain specified subjects and provides you with timely updates. Unlike many bots, however, it also draws you into a zany but compelling conversation that manages to be both one-sided and highly interactive.

In other words, it provides an experience rather than transaction — capitalizing on the element of bots that makes them unique in comparison to other forms of media delivery: their character. 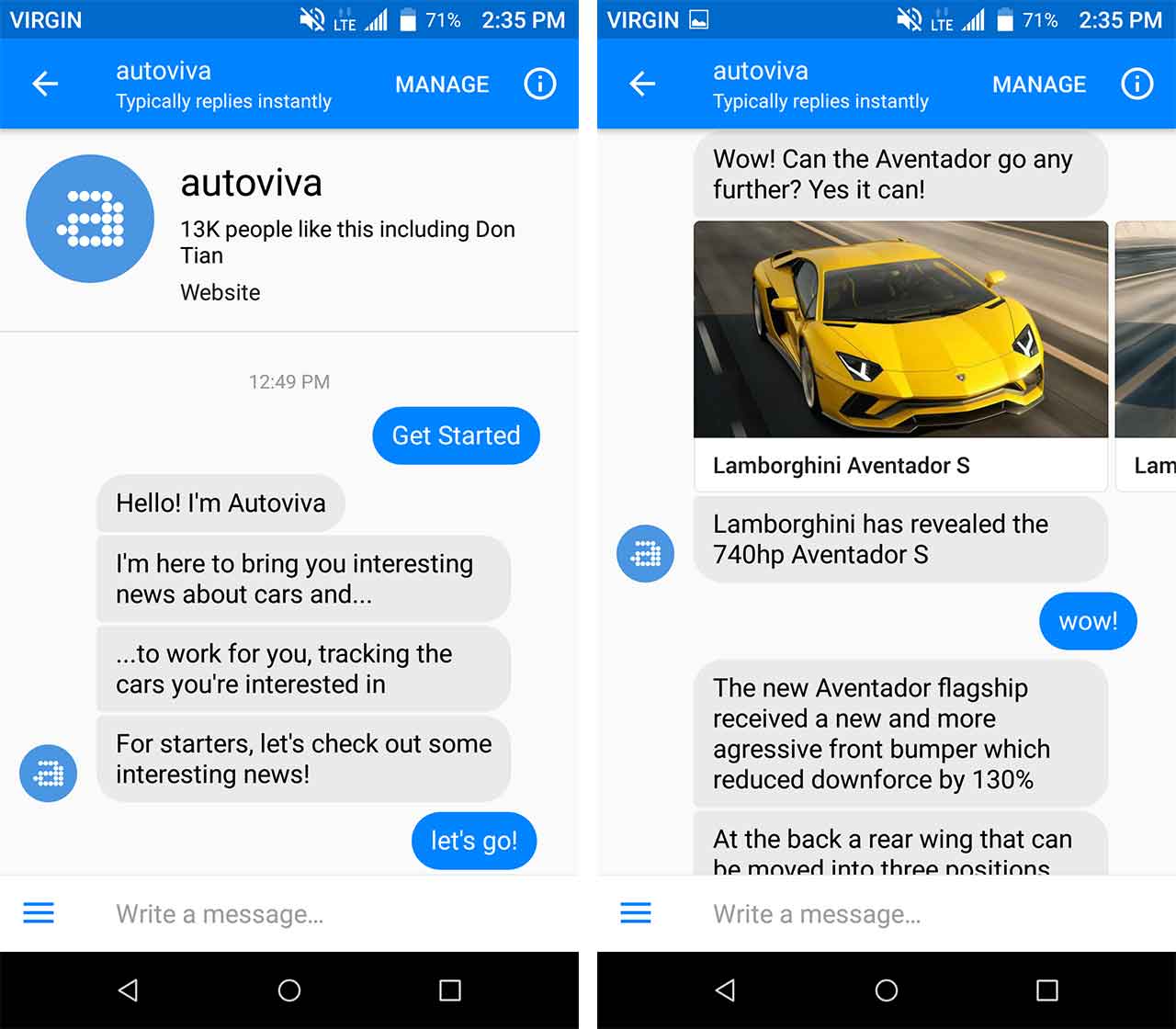 Autoviva doesn’t build character in an obvious way. It doesn’t fall into the common trap of a long and cutesy introduction showing off its quirky personality only to follow up with cold, robotic responses. It jumps in immediately to what it can do for you: “I’m here to bring you interesting news about cars and to work for you, tracking the cars you’re interested in. For starters, let’s check out some interesting news!”

Having flawlessly executed the call to action with a simple and decisive demand, the user has no choice but to respond in the same definite manner: “Let’s go!”

While that may sound innocuous it’s also the first use of a crucial tactic that Autoviva uses to make its experience enjoyable: assuming the user’s personality in a respectful but demanding way. 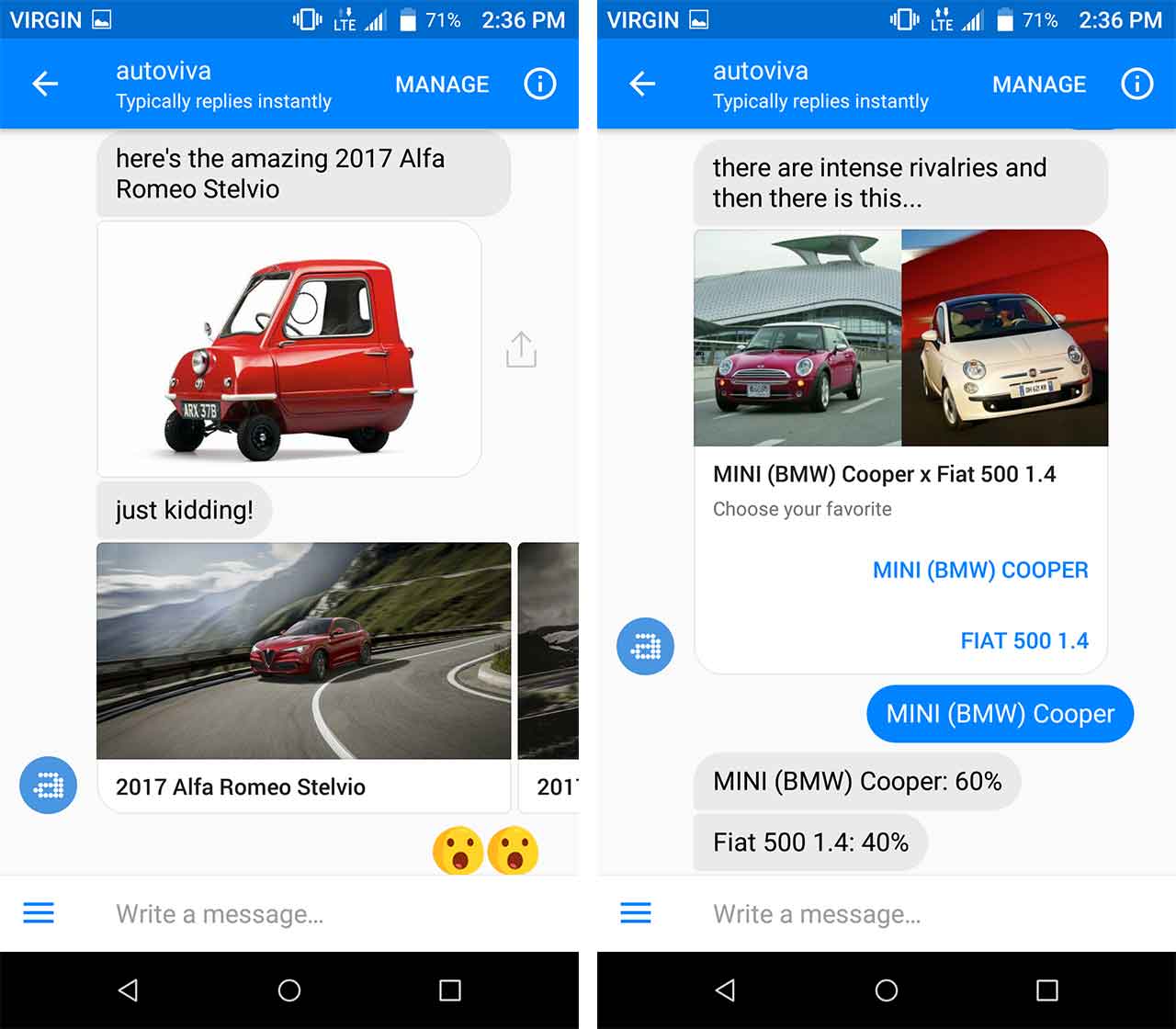 For instance, next it shows me a series of pictures of the Lamborghini Aventador S and my only two response options are either “next” or “wow!” Of course, being a fast car admirer my selection was “wow!” and the bot proceeded to tell me more about the vehicle. Not only is this interaction extremely intuitive, saying “wow!” subconsciously altered my attitude towards the entire conversation. It set the tone: we’re here for fun.

The bot then went on to tease me with a fake photo of the 2017 Alfa Romeo Stelvio, walk me through the feature for scouting my favourite brands, showed me a fascinating racing GIF, gave me practical winter driving advice and took me through some heated polls that pitted cars against each other, all the while prompting me to send shock emoji or say “oh yeah!” 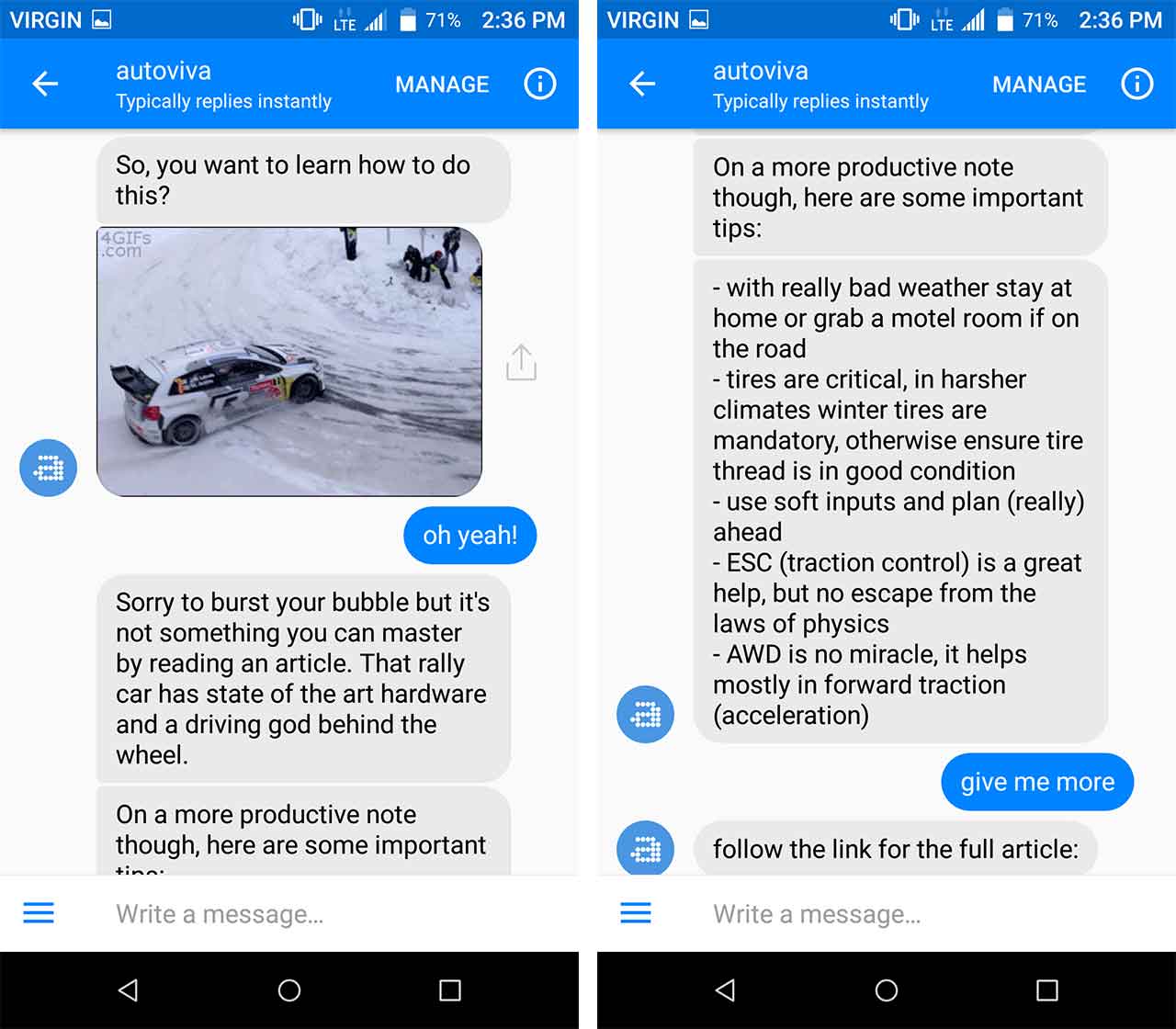 It created a fun atmosphere and brought me closer to feeling I had befriended a bot than ever before. Eventually, after specifying some of my favourite cars, the conversation petered out, but the Autoviva left me with the friendly reminder that I should “feel free to search and explore,” and assured me it would be back with new stuff soon. Also, for good measure, it threw in a quality GIF of two kids doing a donut in an electric children’s car.

In conclusion: if you like cars that go fast and lighthearted conversations, do yourself a favour and get chatting with Autoviva on Facebook Messenger today.