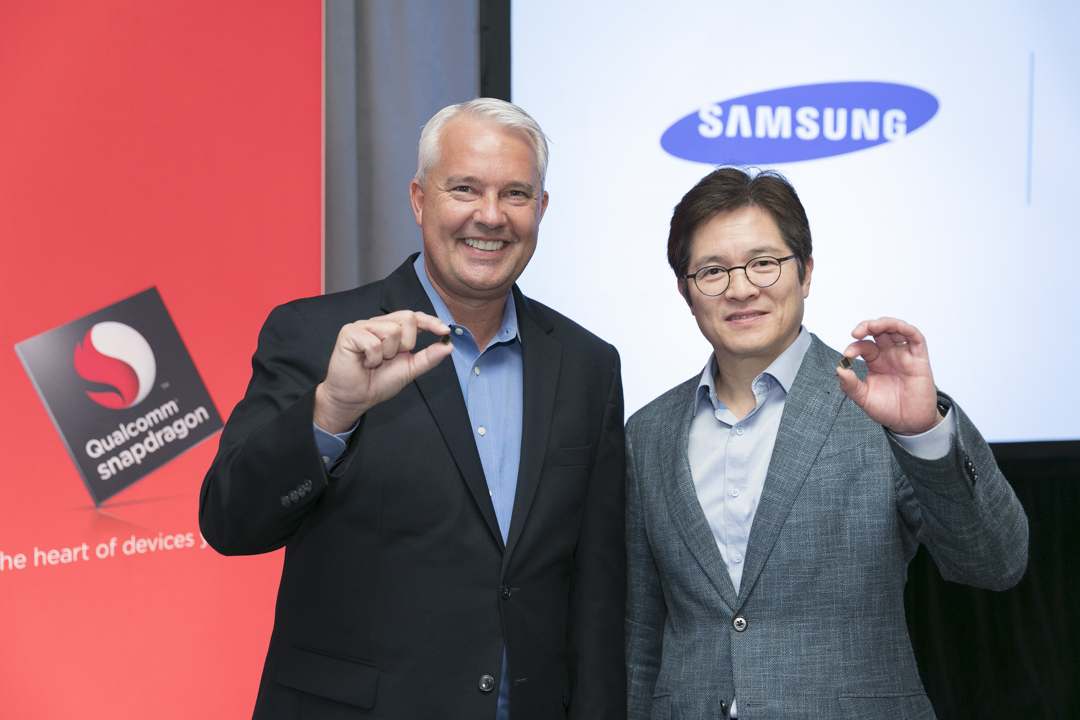 In collaboration with Samsung, Qualcomm has announced its first 10-nanometer SoC, the Snapdragon 835.

Suh noted that his company announced the initiation of the industry’s first mass production of 10nm SoCs in late October, but withheld the identity of its partner until now.

“I’ve been holding it in,” joked Suh, later complimenting Qualcomm on the “phenomenal performance and power advantages” it has on its competitors.

In comparison to the previous milestone for FinFET technology nodes, 14nm, Samsung states its new technology allows up to a 30 percent increase in area efficiency with an option for either 27 percent higher performance or up to 40 percent lower power consumption. Additionally, 10nm FinFET frees up more space inside a handset, allowing OEMs to stock larger batteries or execute slimmer designs.

While Qualcomm refrained from divulging much else about its forthcoming chips, it did note that process improvements, combined with a more advanced chip design, will likely improve battery life by a significant margin. Additionally, it announced Qualcomm Quick Charge 4 technology, which brings speed gains of 20 percent.

The Snapdragon 835 is expected to ship in commercial devices in the first half of 2017.

Related: Qualcomm’s Quick Charge 4 technology promises 5 hours of use for 5 minutes of charging