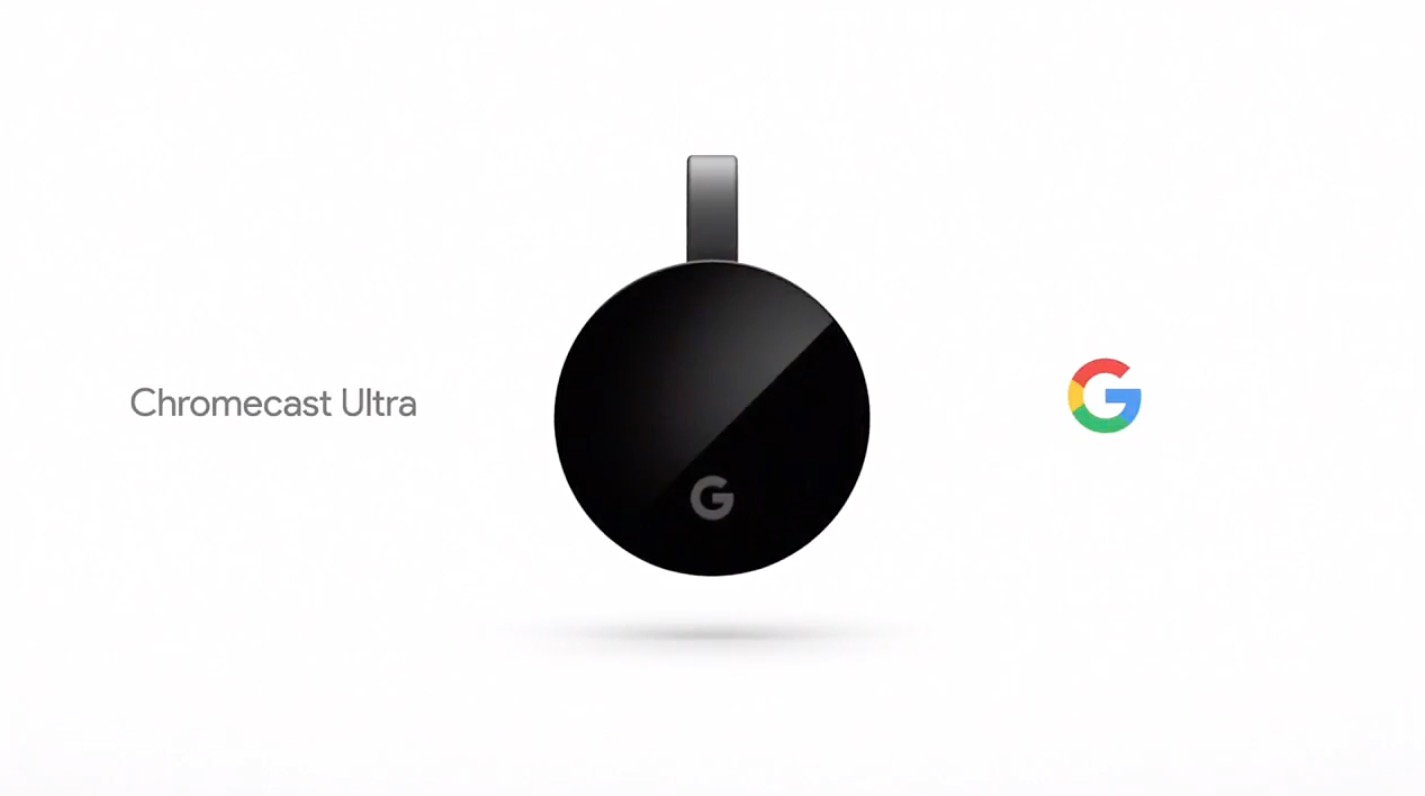 Google has announced a new version of its popular Chromecast digital media dongle, the Chromecast Ultra. The $90 CAD device will support 4K, HDR and Dolby Vision.

The Chromecast Ultra comes in a small, compact size and comes along with an ethernet cord and port in the power adapter. Google states it is 1.8 times faster than its predecessor

Like other devices released at Google’s October 4th event, the new Chromecast Ultra shows a subtle change in branding with the removal of the Chrome logo in favour of just a ‘G’ for Google.

The Chromecast Ultra will work on a standard HDTV, but requires a 4K-compatible HDTV with an HDMI port and a broadband internet connection to stream content in 4K.