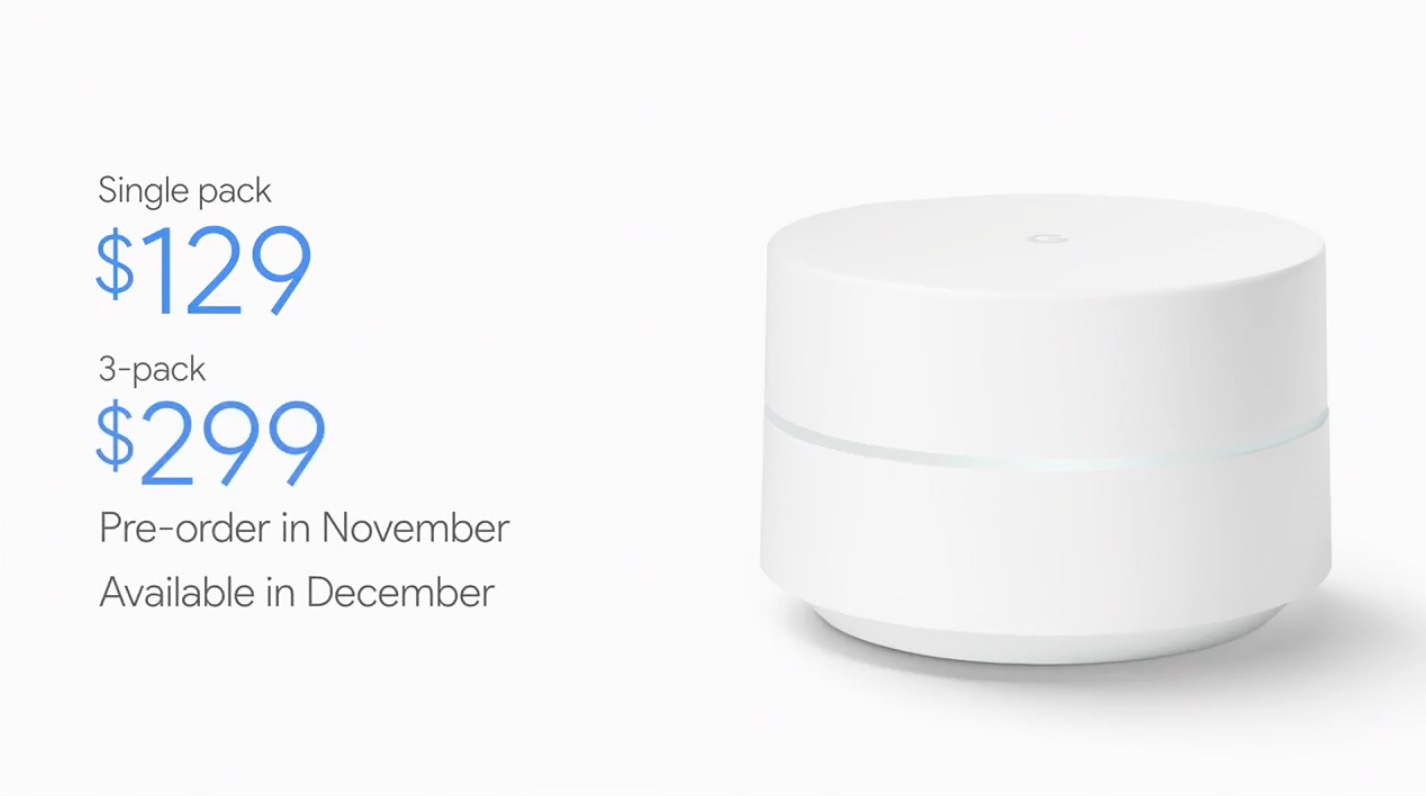 Google Wi-Fi is an expandable system that is designed to fit anywhere in the home. Multiple Google Wi-Fi points work together in the aim of providing fast and expansive coverage across the user’s house.

A ‘Network Assist’ feature set optimizes signal by intelligently by positioning you to the right Wi-Fi point.

Google’s new routers are round, white and “visually subtle.” Users will be able to control them using a smartphone app. This makes managing Wi-Fi access for kids easier by allowing parents to hit ‘pause’ on the app, rather than fully shutting down the router.

Google has confirmed that the router will be coming to Canada in 2017, but there is no information on pricing or availability as of yet.

Google has also confirmed that Google Wi-Fi will work with its OnHub routers created by Asus and TP-Link, the latter of which came to Canada in August 2015.

“We launched the OnHub router last year to solve many of the everyday problems people encounter with home Wi-Fi,” Google stated in a blog post.

“With Google Wifi, we’re building on that technology to create a system that provides seamless coverage for homes of any shape or size. OnHub and Google Wifi will work together, and we’ll continue to add new features to all of our Wi-Fi devices via automatic updates.”