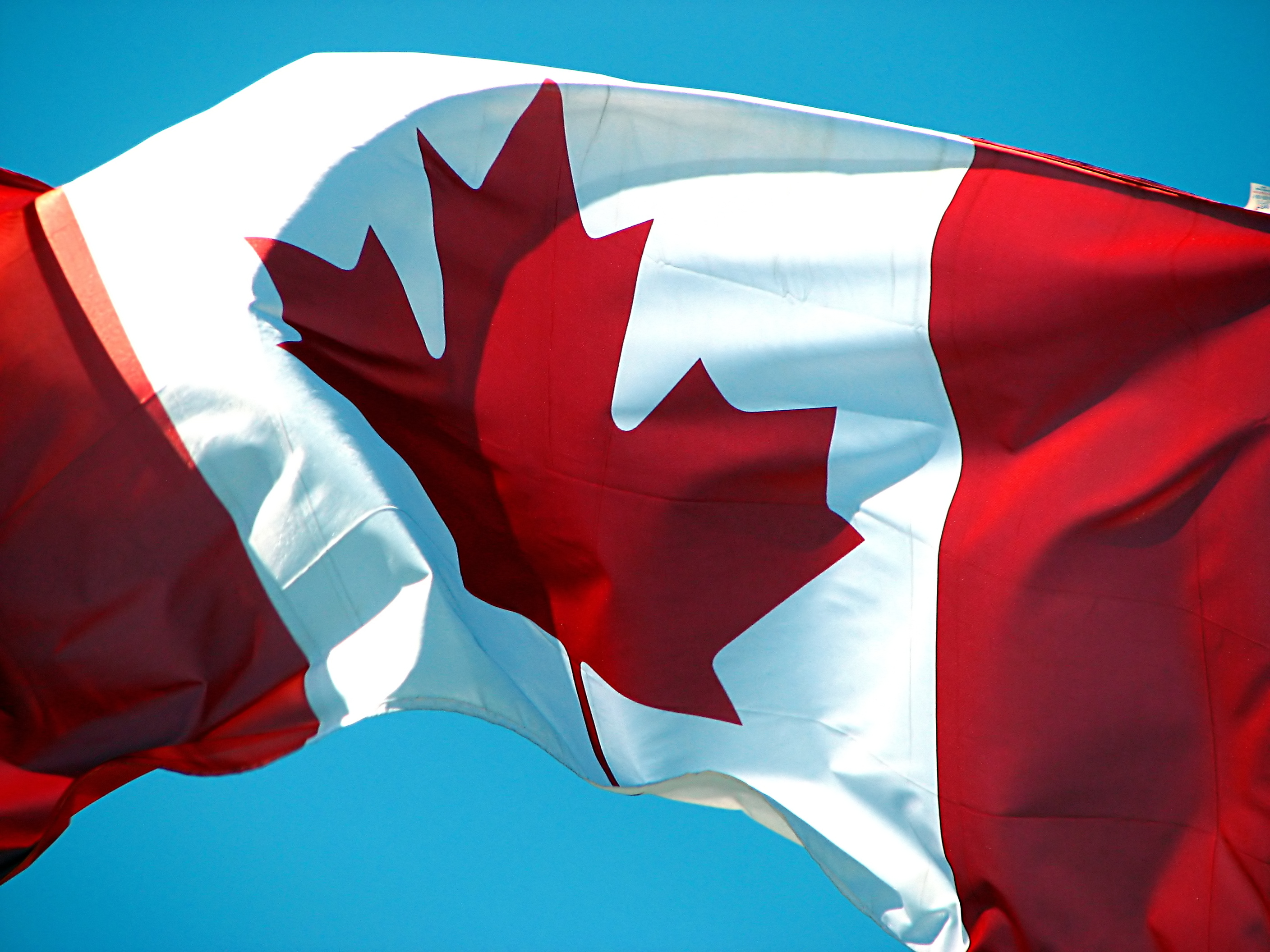 Many of the best app’s available right now, on both the iOS App Store and the Google Play Store, come from Canadian developers.

Given the fact that it’s Canada Day, our glorious nation’s date of inception, we thought it would be an appropriate idea to highlight some of the top Canadian-made mobile apps and games on the market. 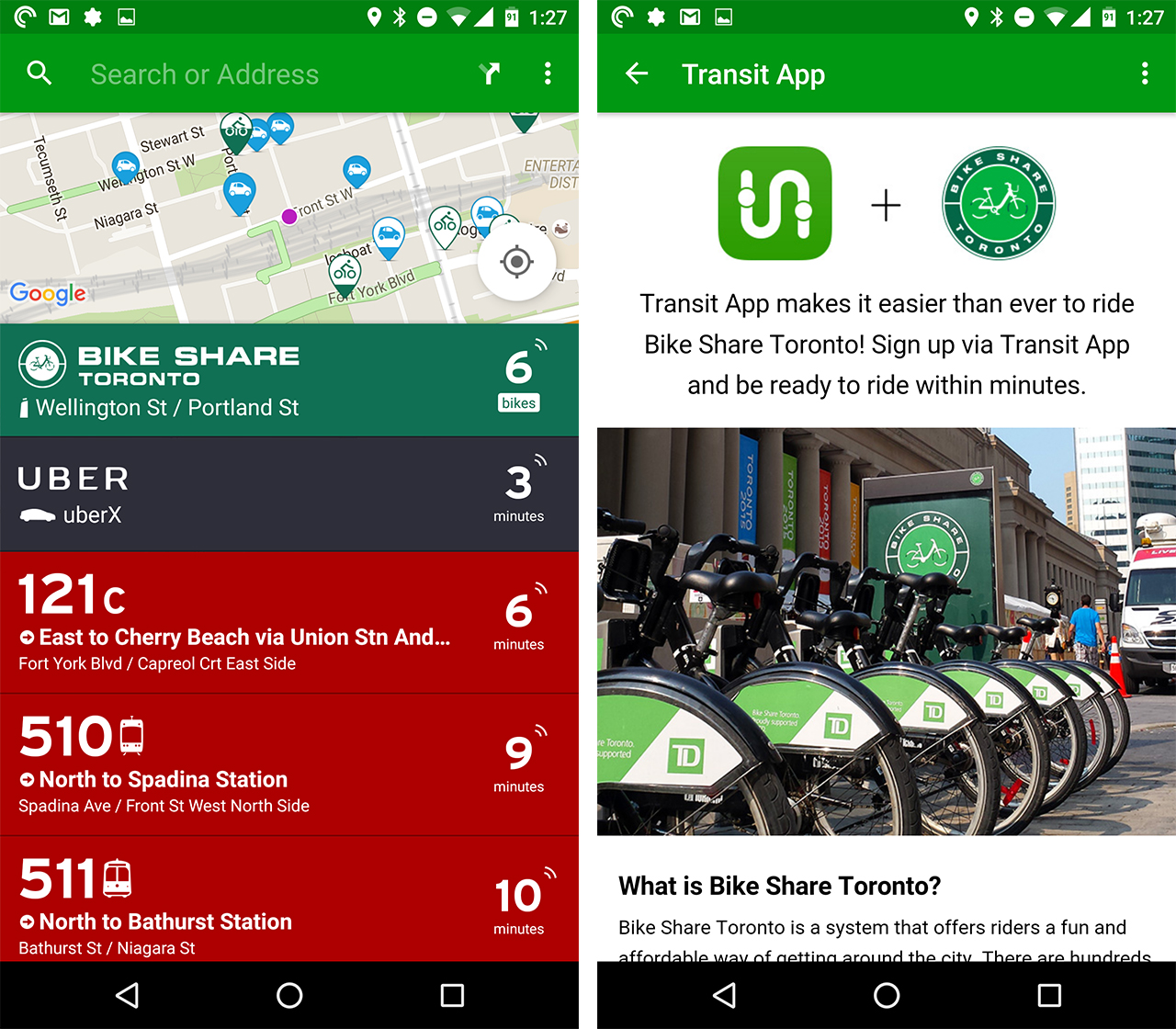 Montreal-developed Transit App has been prominently featured during multiple Apple press conferences, most notably during Apple Watch’s reveal, and with good reason; the app is simple to use and extremely accurate.

There are a variety of public transit applications available on the Google Play Store and App Store, but Transit App is by far the most comprehensive and useful. What makes the app different from competing platforms is Transit App takes user GPS locations and then locates a collection of the nearest available routes, removing the need to input any data, though specific trips can be planned through the platform.

The next available bus, streetcar or train then shows up beside the route in question, complete with how many minutes it will likely take to arrive at your location. Unfortunately, Transit App can’t fix the TTC’s overcrowding and horrible scheduling issues, just as you might have expected.

Transit App is available for free on iOS and Android, including Android Wear and watchOS. 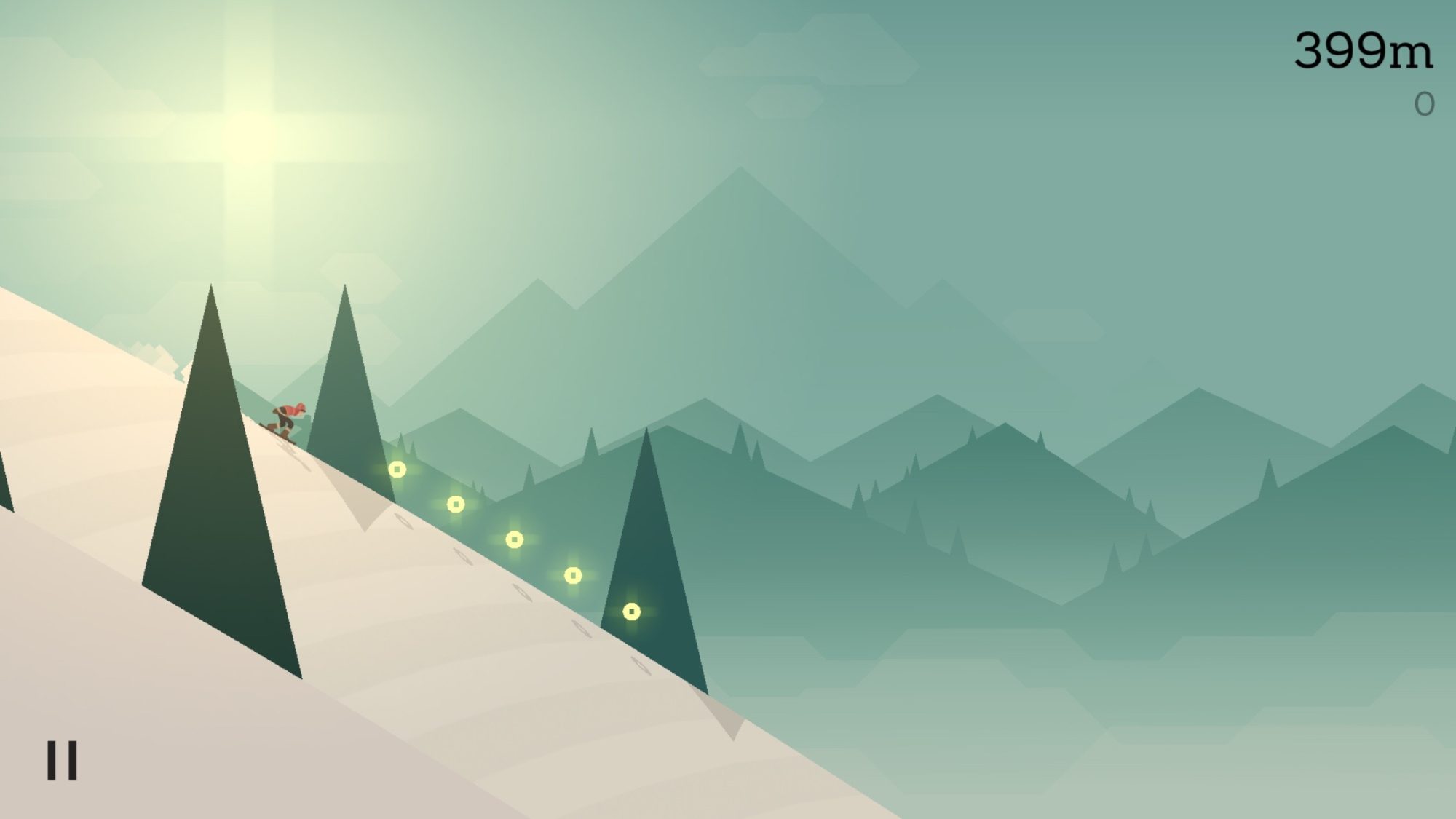 Snowman’s Alto’s Adventure still holds up as one of the top examples of how to create a mobile game that’s both fun and makes sense on the platform, largely due to the fact that the game as built with mobile in mind.

Also, to the surprise of some given how much we talk about the title, Alto’s Adventure doesn’t really change what we’ve come to expect from endless runner games, instead opting to take that established genre and perfect it in almost every conceivable way.

Alto’s Adventure is available on Android for free and $5.49 on the iOS App Store. 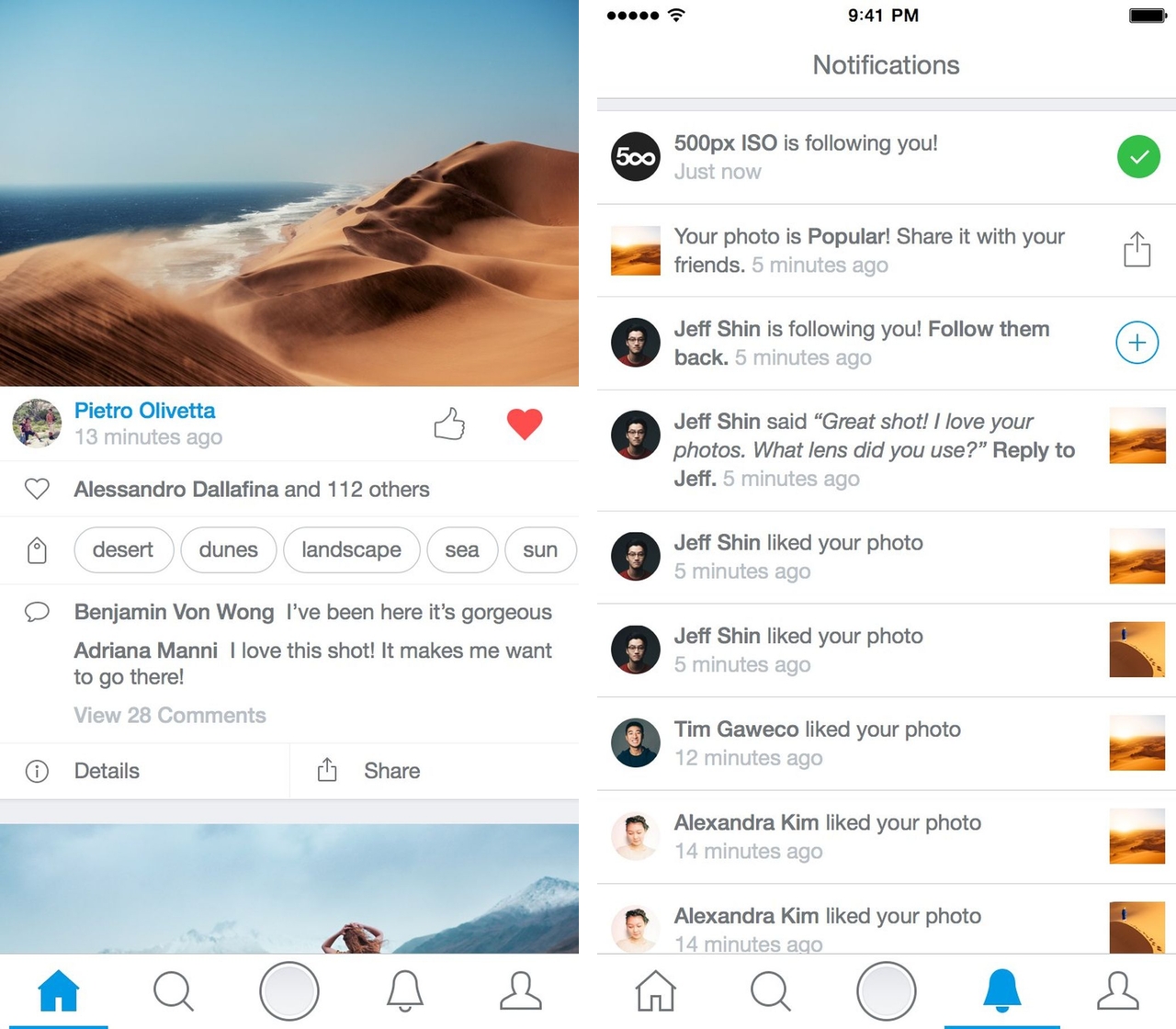 Toronto-based 500px started its humble beginnings within Ryerson’s DMZ incubator. Today, used by over 7 million people and funded with millions of dollars, 500px is one of the leading sites for photo enthusiasts to source and sell their images.

The app gives those interested in photography a platform to scour over 80 million pics from every category imaginable. 500px presents itself as the “premier photography community” and gives users the ability to like and follow a photographers, and also purchase select photographs. It’s also possible to create a collection of your favourite photos that other people have snapped as well.

The app is designed well and takes cues from Facebook-owned Instagram, one of the best image sharing platforms around. For photography lovers, 500px has a Home section that makes it easy to see new images that have been uploaded by the photographers you follow. Finally, there is a discovery tab called “Debut” that curates photos from new members of the 500px community.

500px is available for free on Android and iOS. 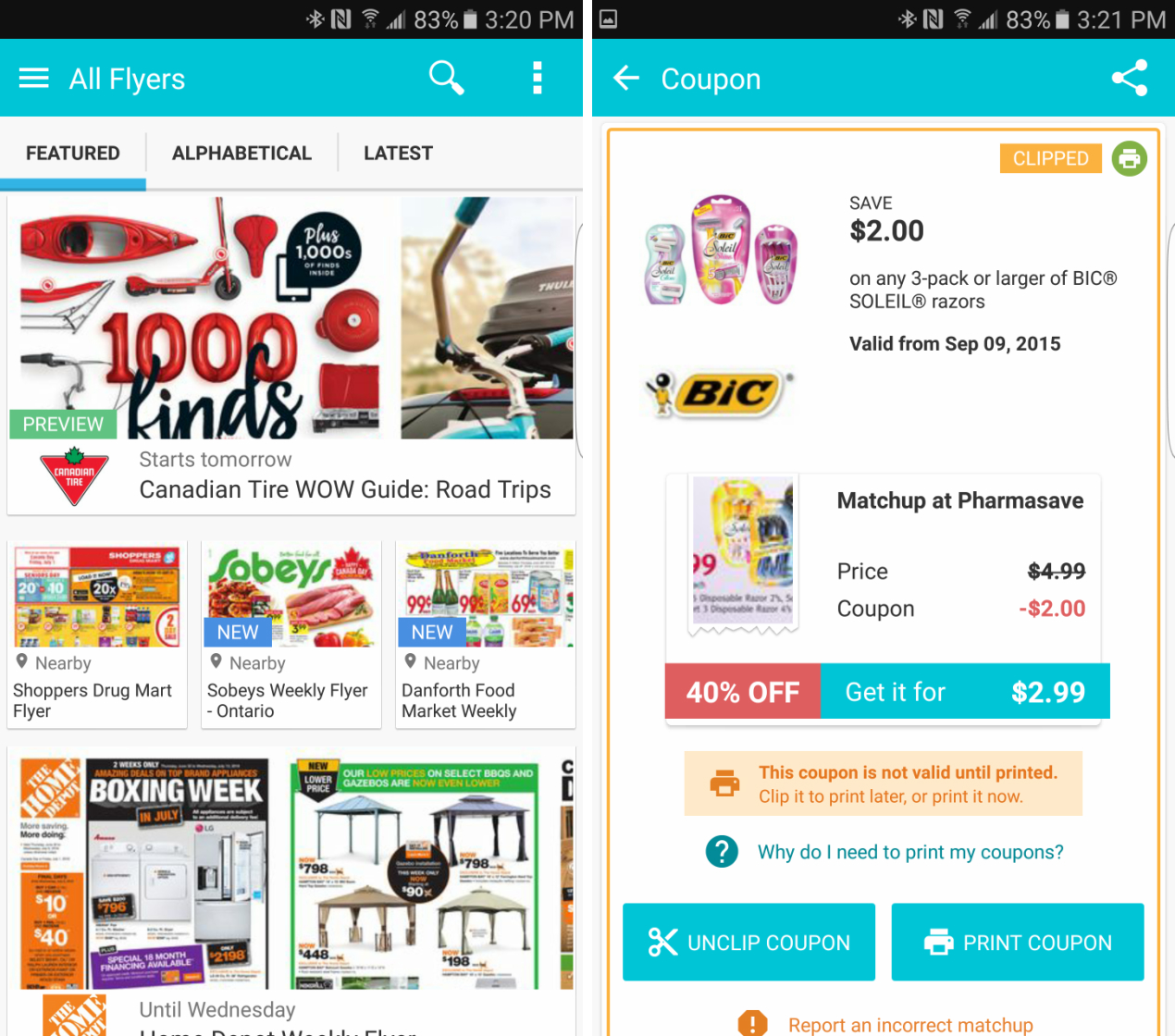 If extreme couponing is a sport, Flipp is the perfect training aide. Headquartered in Toronto, the app was made by former Microsoft engineers in 2007 with the ambition of  making shopping fun again.

On Flipp, users can search local flyer deals and coupons by item, brand or category. They can also create a digital shopping list built around the deals to keep them on track at the store. Altogether, Flipp promises users they can save 20 to 50 percent on the items they need every week.

The only downside? While American users can clip coupon deals to their loyalty cards for in-store payment, Canadians actually have to physically print their coupons. Still, the fact that Flipp aggregates all the coupons in to one space and makes them easy to find is more than enough of a time saver to make it worth the process. And if you don’t have a printer, well, there are some deals on Flipp for that.

Flipp is available for free on iOS and Android. 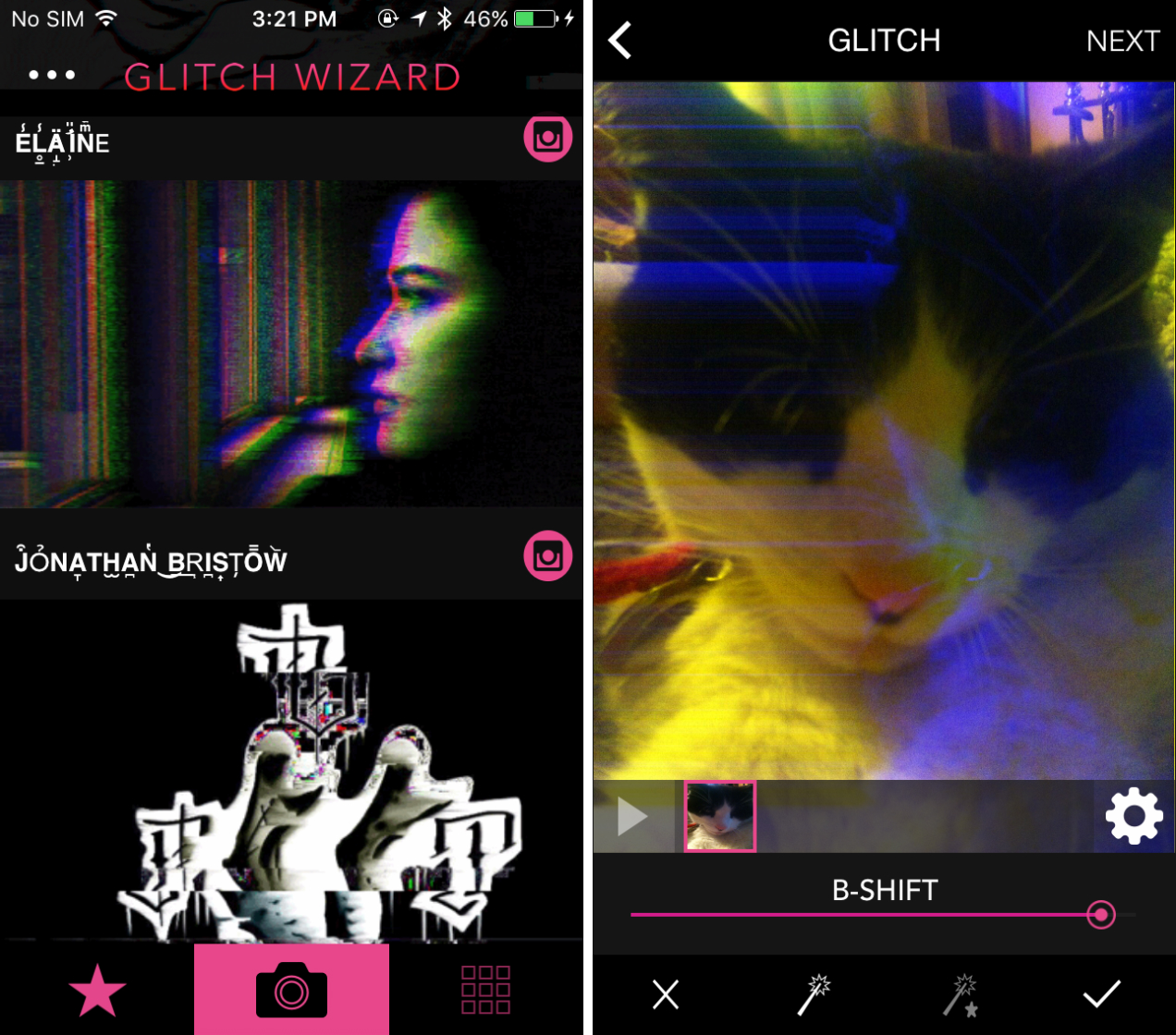 Looking for a tripped out art app to lose yourself in for hours on end? Look no further than Glitch Wizard, created by Allan Lavell and Connor Bell of Halifax indie studio ThinkRad.

At first glance the image and video editing app seems sort of like a twisted Instagram, but it’s more of a combination studio/gallery than anything else. The editor’s deep and varied feature set allows users to create some pretty advanced digital artwork in the app, examples of which are displayed in their full entrancing glory on the main page.

For its complexity and range of choice, the editor is also extremely intuitive, making it easy to create unique and interesting visuals. Kudos to ThinkRad for packing so much thoughtful functionality into one user friendly and accessible app.

Glitch Wizard is available for $2.79 on iOS, and not currently available for Android, though the developers state they might consider releasing it on that platform in the future. 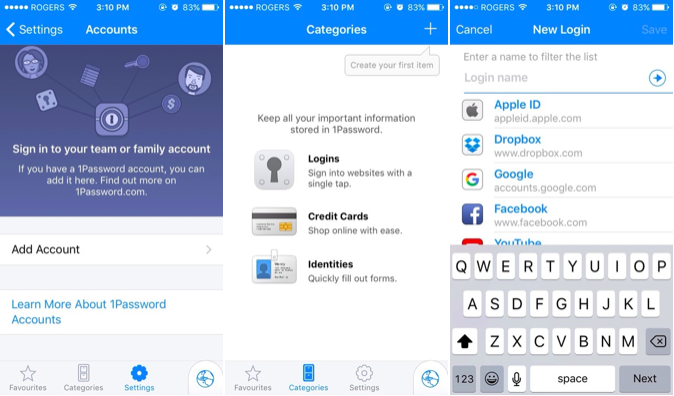 Internet safety 101 states that passwords should be should be at least six characters long, include a number, a letter and a symbol, and be different for every single account.

With so many passwords to remember for dozens of different accounts however, the majority of us do one of two things – change the password every time we login or use the same password for every account.

Toronto-developed 1Password is a Canadian-made app that claims to consolidate all security materials on any device in one place. This app stores all your passwords in one place, with tags available to easily find your most important credentials. 1Password can be used to store login credentials, secure notes, credit cards and identities.

1Password was developed by AgileBits and also has specific packages for family use, business use or individual use.

1Password is available  for free on iOS and Android. Desktop licenses are available for a one-time fee of $64.99 USD ($89.99 CAD) and a family subscription package is available at a monthly rate of $5 USD ($6.50 CAD). 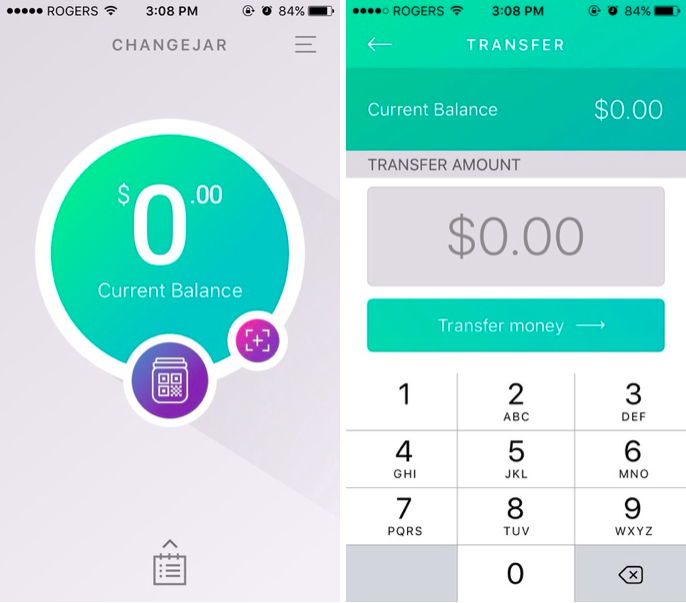 Who carries change these days? Instead of fumbling with nickels and dimes, use your phone to receive and pay with digital change during everyday transactions.

Changejar is a Canadian-made app that allows users to collect digital change from transactions to use later on. As MobileSyrup previously reported, users can open the app and click on the “Changejar” icon, which reveals a QR code that can be scanned to give or receive change.

In addition, there are no transaction fees associated with using the app, nor is any credit card or banking information required. Changejar can also be used for person-to-person transfers. The company first began rolling out the app in the Ottawa area and supports a small but well-loved roster of local merchants.

Changejar is available for free on iOS and Android. 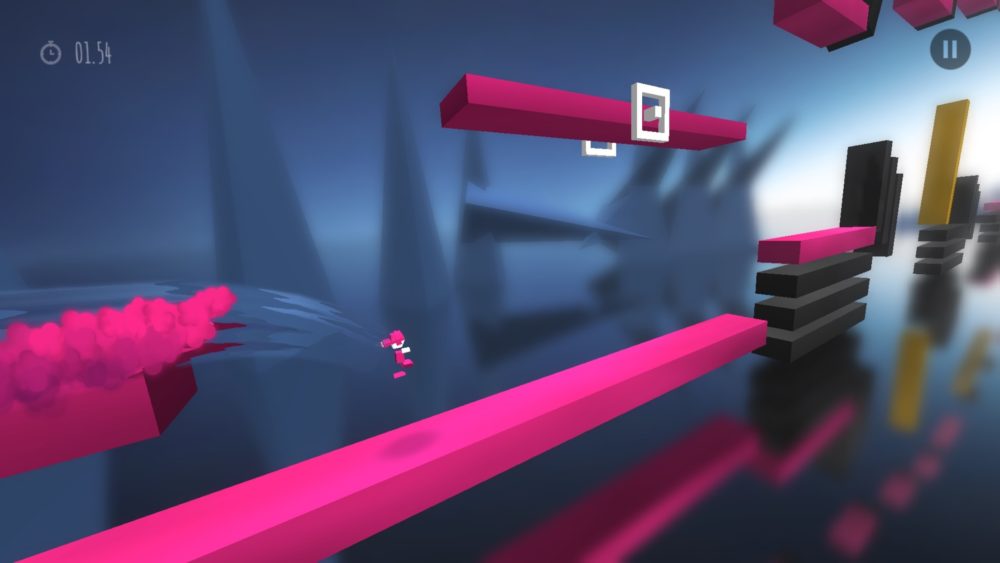 Saskatchewan-based Noodle Cakestudios’ Chameleon run took home a design award at this year’s WWDC in San Francisco for a very good reason; the game features all the key ingredients that make a mobile game fun.

In Chameleon Run, players bound across a colour-coded course, tapping the touchscreen in various timed intervals to make their character soar through the air. The titles key mechanic, however, is matching the colour of the game’s character with the platform it’s about to land on.

While the game’s earlier levels do a great job of easing the player into the experience, Chameleon Run quickly becomes extremely challenging, especially if you aim to complete every goal in each stage.

Chameleon Run is available on iOS for $0.99 with cross-purchase on the 4th-generation Apple TV, and Android for $2.59.