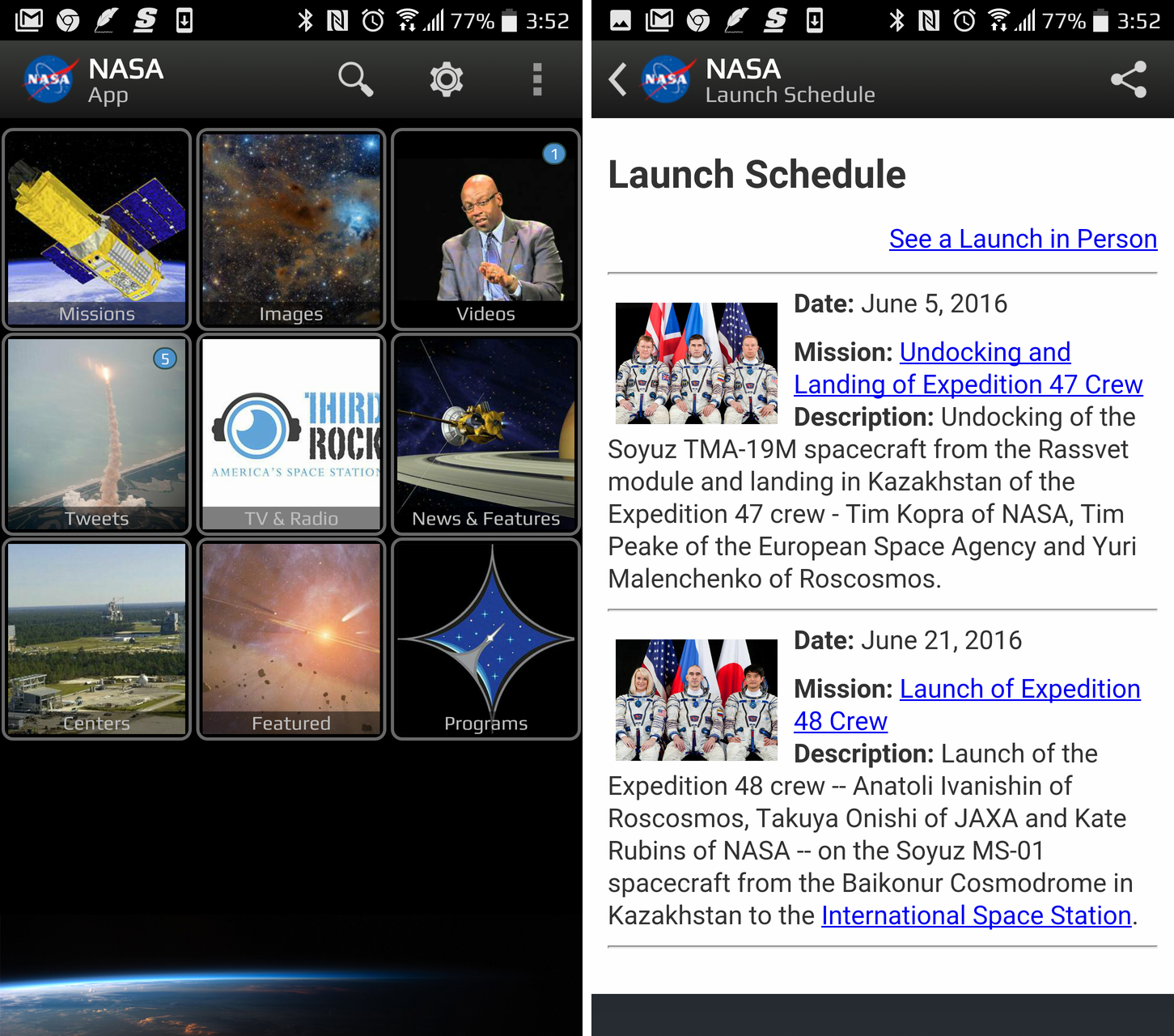 Another device has been added to the NASA app lineup.

NASA has announced its popular app will make its way to the fourth generation Apple TV. The NASA app has already been dowloaded over 17 million times across iOS, Android and Fire OS.

The NASA app for tvOS will combine the features currently offered through the space agency’s already available iOS app on the iPhone and iPad.

Those features include the ability to watch live streams of NASA TV as well as a library of on-demand videos; a real-time view of the Earth from the International Space Station; a gallery with more than 15,000 images, the ability to find out the next opportunity to view the International Space Station and other NASA satellites passing overhead; discovering the latest NASA mission information; and access to the agency’s Third Rock internet streaming radio station.

“The NASA app has been a fantastic way for the public to experience the excitement of space exploration from their mobile devices. Now, users with the latest Apple TV can explore and enjoy our remarkable images, videos, mission information, NASA Television and more on the big screen with the whole family,” said David Weaver, NASA associate administrator for Communications said in a statement sent to MobileSyrup.

Furthermore, users will be able to view all the tweets from NASA in one place.

The NASA app was developed in NASA’s Ames Research Centre in Silicon Valley.