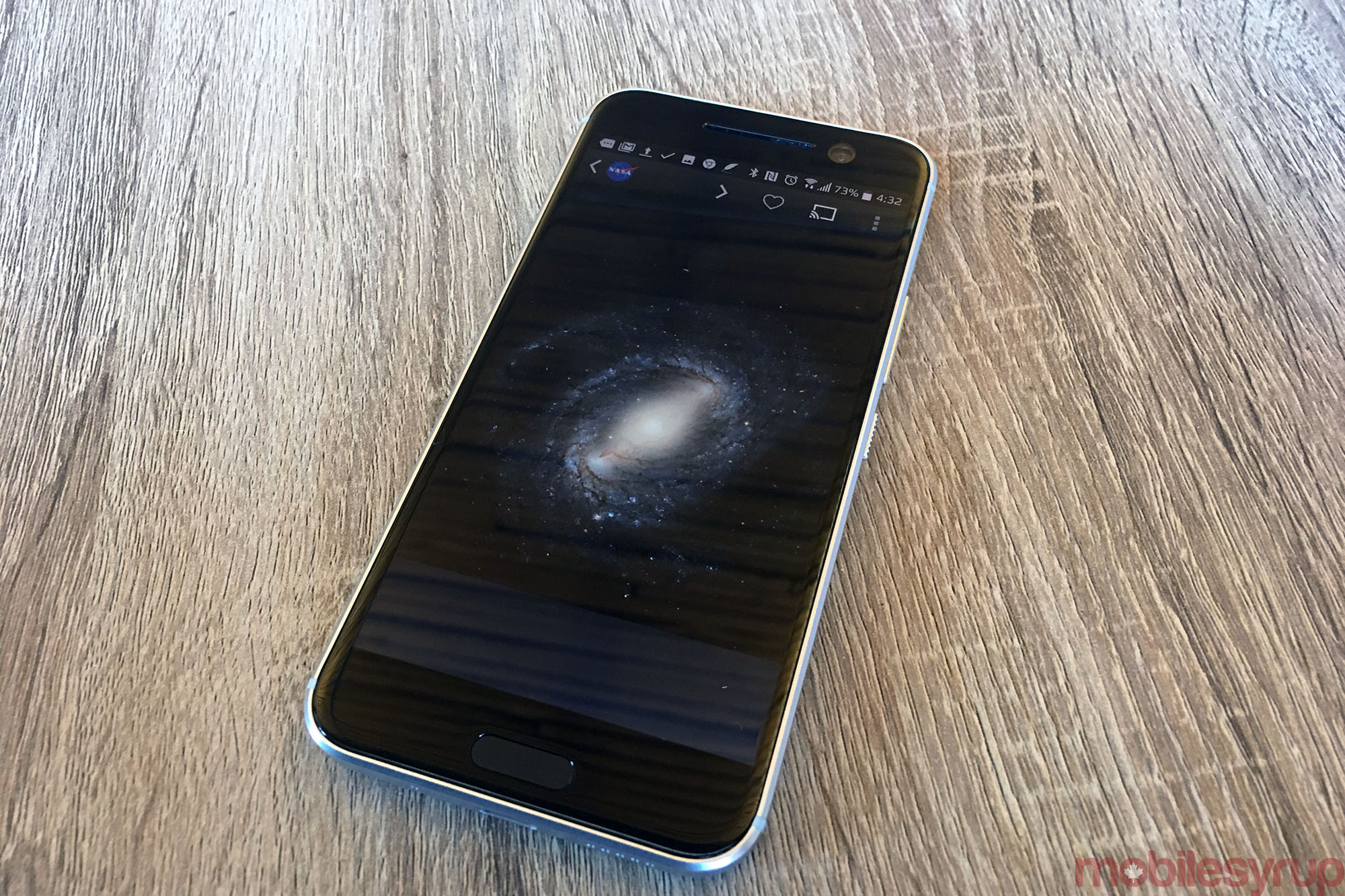 It’s not the most well-designed application out there, but what NASA’s mobile app lacks in style, it makes up for in insider content. From mission launch dates to the most recent pictures of our solar system, NASA offers enough information to satisfy even the most dedicated sky-watcher.

The homepage of the app has 12 sections laid out like file folders – a basic but characteristically logical interface. Amongst the options are sections for missions, images, TV and radio, programs and tweets. 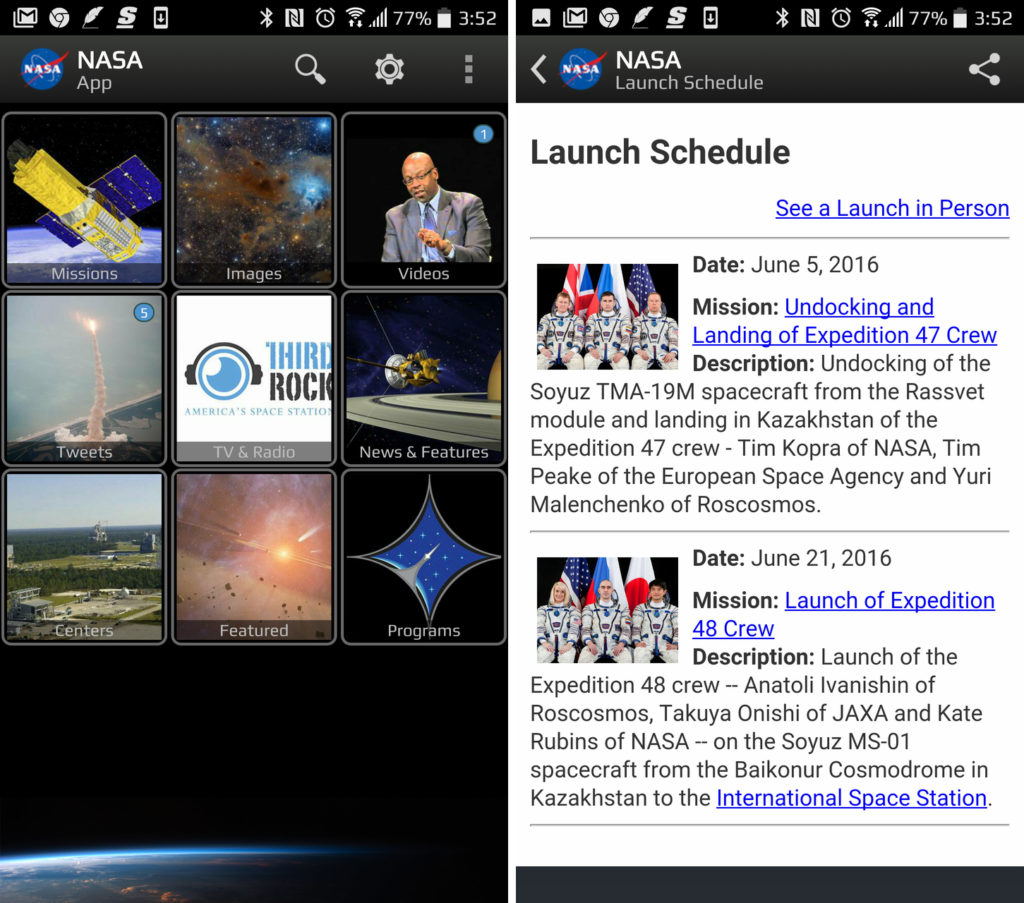 Some of the coolest features of the app are held within the missions section. There’s the launch schedule, which tells users the dates and details of upcoming launches, there are summaries of each past NASA mission and then there’s the section for International Space Station (ISS) sighting opportunities.

On the Play Store this one of the most highly-reviewed portions of the app. Based on a user’s location it tells them when they’ll be able to catch a glimpse of the ISS and for how long.

Other interesting elements include a gallery of artistic satellite images of the earth, an interactive diagram of the solar system, and downloadable ringtones of famous NASA transmissions like, “the eagle has landed.” 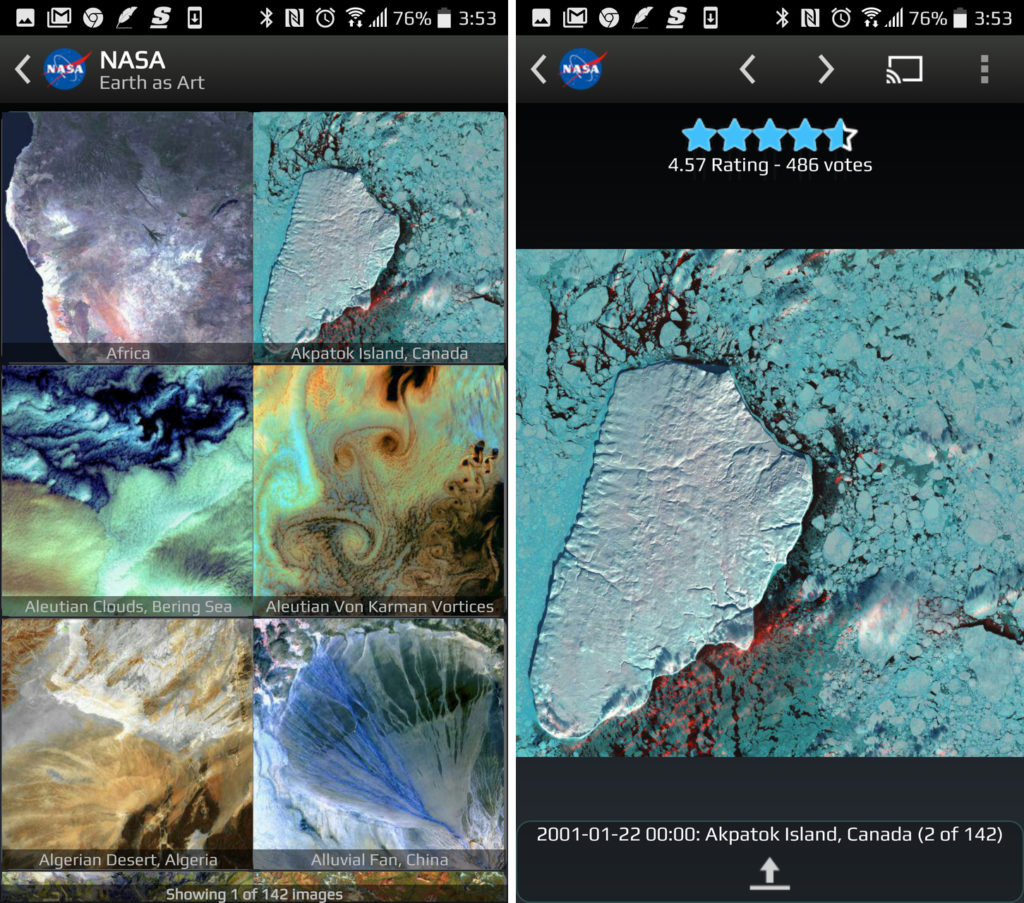 The app’s graphics are often grainy, stretched, or awkwardly framed within a user-interface that’s clearly never been touched by a designer, but somehow its rough-around-the-edges appearance only adds to its geeky charm. From an aesthetic standpoint, an app that looks like this shouldn’t be popular, but because NASA’s love for space and space education is so contagious it has over five million downloads for Android alone.

The app is available for free on both the Google Play Store and App Store. Additionally, iPhone users have access to NASA Visualization Explorer, a platform for stories about NASA’s exploration of the Earth, sun, moon, planets and universe with accompanying visualizations.