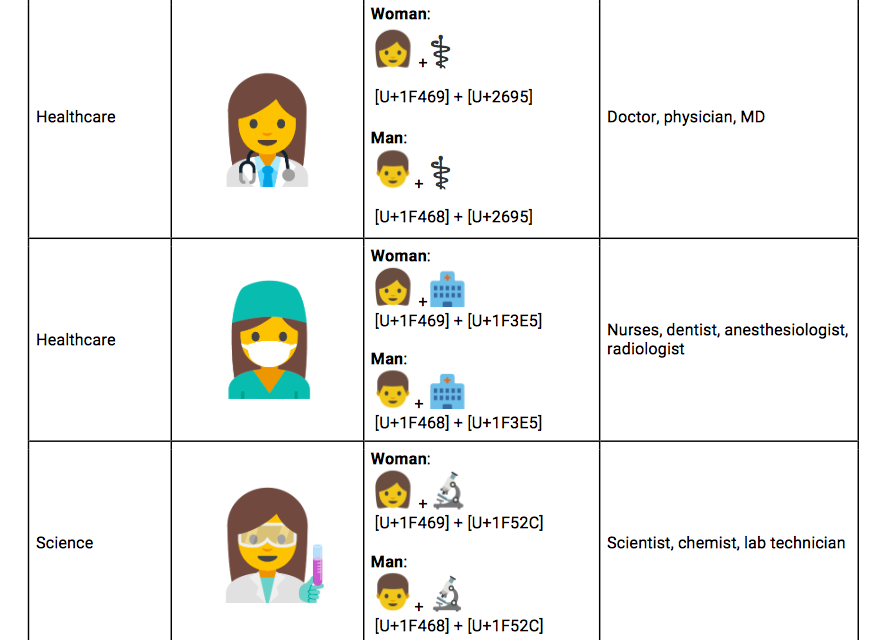 Inspired by a recent New York Times op-ed, Google has sent in a proposal to the Unicode Consortium, the group that oversees the standardization of emojis across different platforms, to add emojis that represent professional women.

While the company acknowledges in its proposal that Unicode Technical Standard (UTS) 52 brings gender parity to all emojis (along with hair colour and directional variants), it states that it believes that adding 13 new professional emojis will have an even larger positive impact.

“We believe this will empower young women (the heaviest emoji users), and better reflect the pivotal roles women play in the world,” states the proposal.

Google backs up that statement with numbers. According to a 2015 SocialTimes report by AdWeek, 92 percent of online consumers are emoji users, and within that 78 percent of women are frequent emoji users versus 60 percent of men.

In the interest of fairness, however, the proposal suggests that the new emojis should also be available in male version. The proposed additions are: a business person, physician, nurse, scientist, graduate, person working on a laptop, welder, tech assembly worker, construction worker, farmer, chef, teacher and musician.

Google recommends that these emojis be implemented using emoji ZWJ sequences (which already exist for family groupings), meaning that rather than choose them from the library users would enter a sequence of emojis to post one of the new ones. For example, to make the chef emoji appear, a user would have to enter the woman or man emoji followed by the frying pan emoji.

The company states it would like to see these new emojis implemented by the end of 2016, and considering Mark Davis, the co-founder and president of the Unicode Consortium, is one of the people behind the proposal, it seems likely to happen.