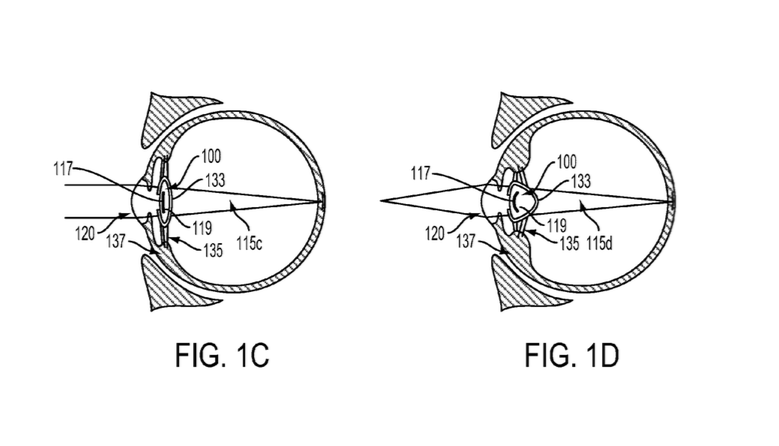 Google has recently patented a new smart lens technology with the US Patent and Trademark Office which includes a smart lens that would be injected in to a user’s eyes.

This type of contact lens, called intraocular, features existing technology used to treat cataracts and myopia, but has never before been used with accompanying tech components.

According to the patent, which was filed April 28, 2016, the process for inserting the lens would include using a laser to form a hole in the lens capsule of an eye, fragmenting the natural lens and removing it, then inserting a binding fluid and positioning a device containing an electronic lens within it before the fluid solidifies.

The patent also states that the smart lenses would have an accommodation sensor, a controller, data storage, antenna and a “rechargeable thin-film solid-state battery” designed to provide power. The battery, the patent states, charges by the antenna, configured to receive radio-frequency energy.

This would work in much the same way as the wireless charging solutions created by Energous. The antenna would also, of course, be able to communicate wirelessly with other devices, such as a smartphone.

Previously, Google had patented a different type of smart lens technology that aimed to measure blood glucose levels, primarily for the aid of diabetics. Whether or not that project is continuing is unknown.

This new smart lens patent looks a lot more like its ill-fated Google Glass project, which has withered due partly to unimpressive functionality as well as the rise of other augmented reality devices. These new lenses, if they end up seeing the light of day, might solve at least one of those problems.

Related reading: Sony’s patent for contact lens cameras is so detailed it includes provisions for animals