In anticipation of Earth Day on the 22nd, Canada’s free cellphone recycling program, Recycle My Cell, released its annual report, showing 48 percent of Canadians have at least one old cell phone stashed at their home.

The program, created by the Canadian Wireless Telecommunications Association (CWTA), encourages Canadians to take the phones that are currently lying at the bottom of their junk drawer and bring them in to the nearest drop-off location.

Marc Choma, vice president of communications and Strategy at CWTA, said that as the phones build up, there’s a higher chance someone in spring-cleaning mode will throw them in the trash. That’s why around every Earth Day, Recycle My Cell releases its yearly report and gives Canadians an extra push to recycle.

“In 2016 there’s no reason these cell phones should end up in a landfill. Phones are easy to recycle, they’re such a mobile product—pardon the pun.”

Choma added, “We have over 3,500 drop-off locations for easy access. People can even get postage paid labels to send them in.”

Choma noted that he was encouraged that the study found 95 percent of Canadians support or somewhat support the recycling of old phones.

“But you have to take the next step,” he added, “People may say that it sounds like a good idea, but those same people often have all these phones lying around.”

Choma said that the sooner phones are recycled, the sooner valuable materials can be extracted from them and used to make new tech products.

Since the beginning of the program in 2005, approximately 6.4 million devices have been recycled in total. 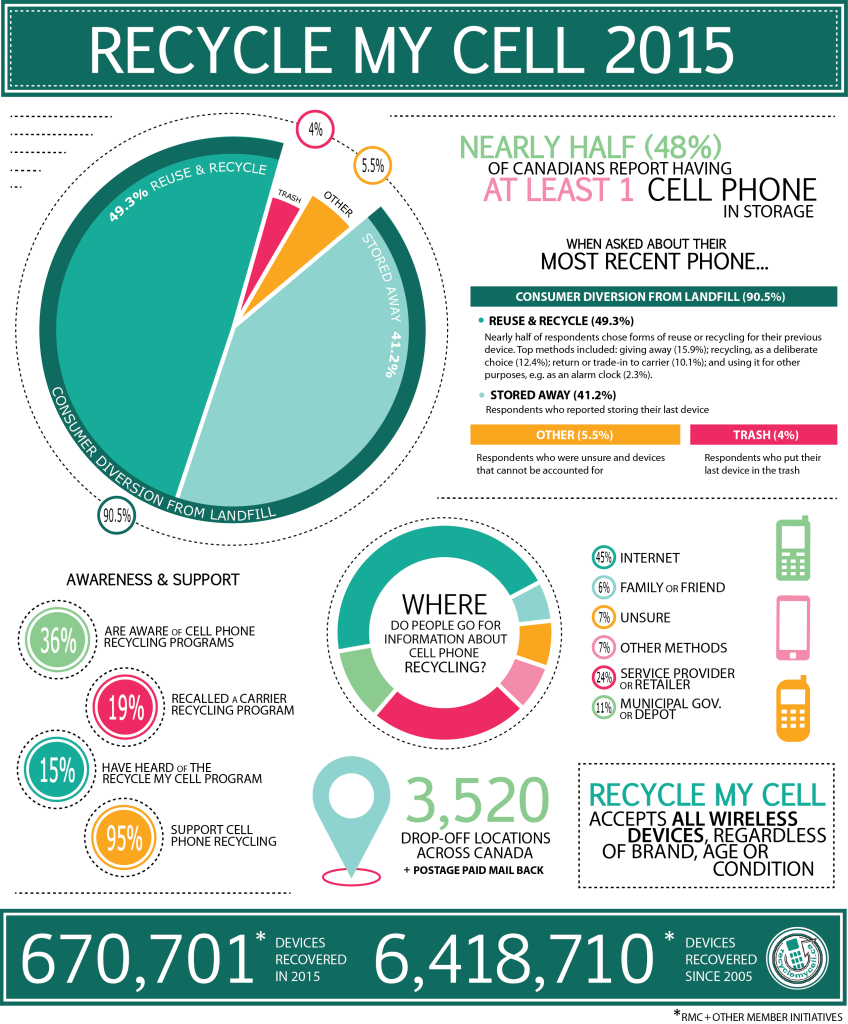 Related reading: The number of devices reported lost or stolen in Canada decreased by 27 percent in 2015

CWTA: 41% of old cell phones are stashed away in junk drawers as opposed to being recycled