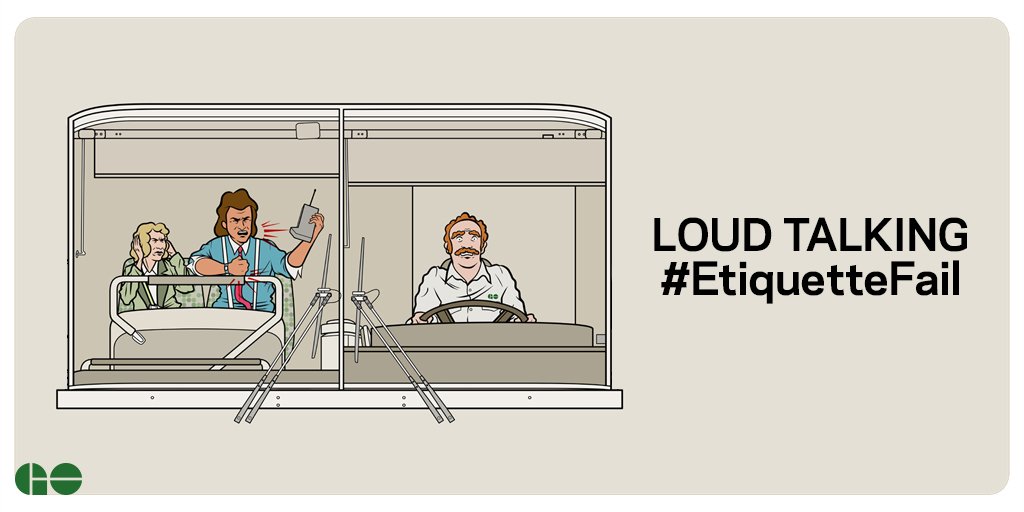 GO Transit operates across the Greater Toronto Area, Hamilton and extends through to the Greater Golden Horseshoe including Barrie. According to its own statistics, passengers boarded GO Transit’s trains and buses more than 69.5 million times last year.

GO operates as a crown corporation under the name Metrolinx. Heading into its 50th year in business, GO aims to reduce incidents of bad etiquette on its trains and buses with a new hashtag #etiquettefail.

A survey of 1,000 riders revealed some of the most notable etiquette issues. The number one issue for passengers was another person putting their feet on a seat (67%), followed by loud talking (60%), littering (56%), door blocking (52%) and hogging priority seating (11%).

Sheena Malhotra, retail marketing and brand manager with GO Transit, said, “customers have made it clear that etiquette issues on board the trains and buses are impacting customer satisfaction overall… Customers have also said they want GO to address that rude behaviour. In true Canadian fashion, they steer away from being the one to call out that person. They want GO to stand up and speak on behalf of customers.”

In the video promo, GO states, “To provide a calm and relaxed commute for everyone on board, please keep loud conversations, phone calls, and unnecessary noises to a minimum.” In 2013, GO Transit implemented a quiet zone on trains that allowed passengers to enjoy a quiet environment where electronic devices were muted — cell phones, tablets and laptops — while riding the train.