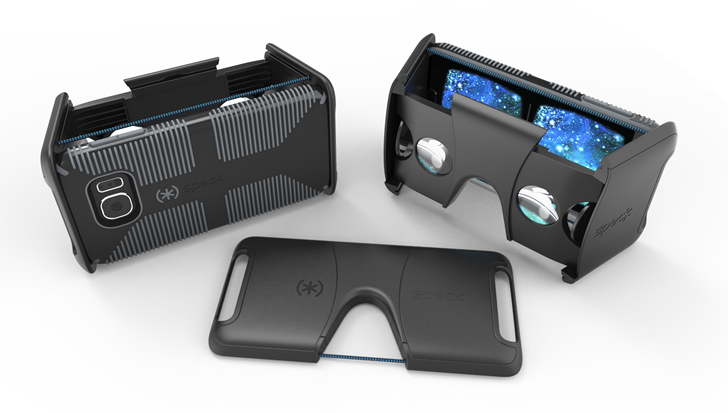 If the price of Oculus’ new Rift headset has you down, case-maker Speck’s new Pocket VR accessory may be exactly the virtual reality stopgap you’re looking for.

In essence, Pocket VR is one of the most portable Google Cardboard headsets announced to date. Made out of plastic, the accessory features two arms that extend to reveal the headset’s viewer. It’s an innovative design that allows the Pocket VR to sit in your pocket or bag when not in use.

The portability of the case does come at a cost, however. In the U.S., Speck will sell the Pocket VR and CandyShell Grip, the attachment that allows the former to double as a phone case, for a combined total of $69.95 — significantly more than the $20 to $30 most Cardboard-compatible headsets command.

Speck currently only plans to make the PocketVR for the iPhone 6 and 6s, as well as the Galaxy S6.