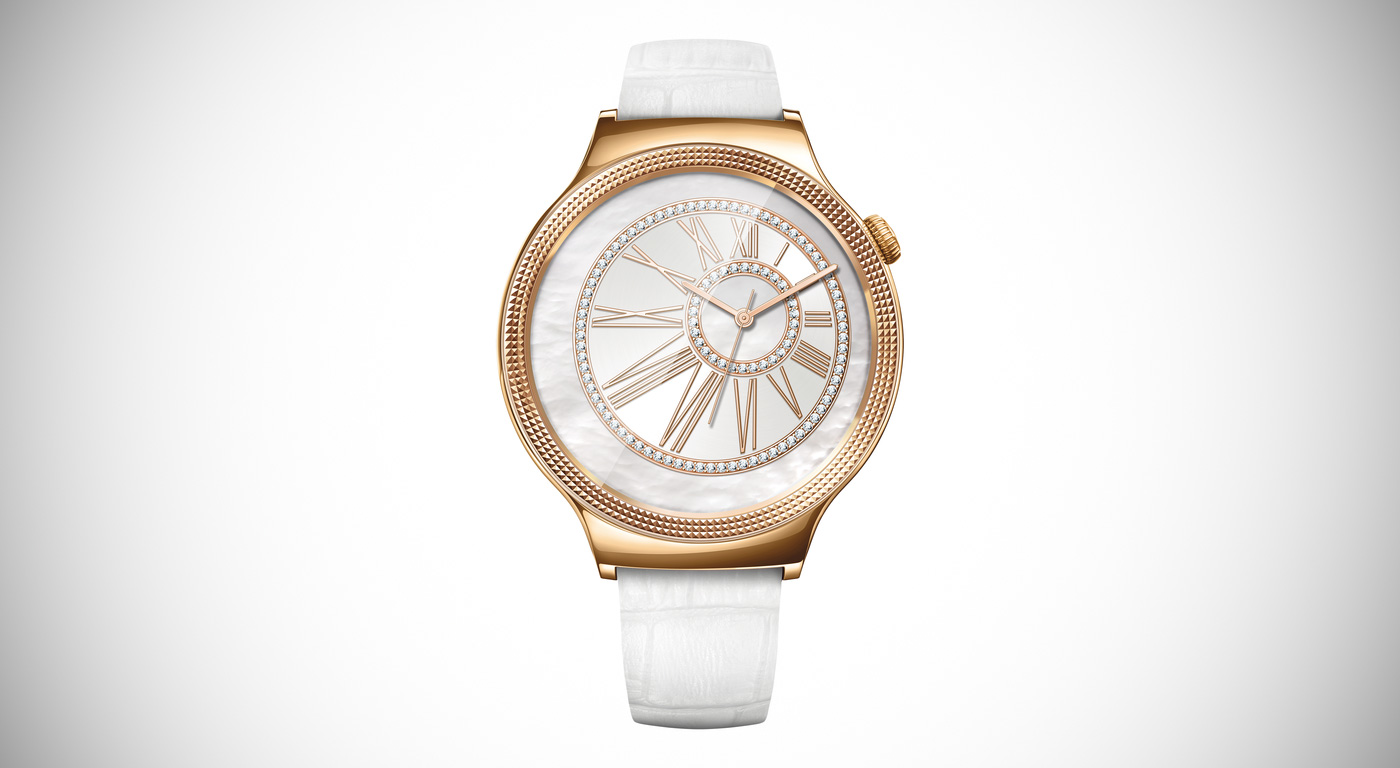 During its CES 2016 keynote, Huawei announced two new versions of its Android Wear smartwatch. Dubbed the Huawei Watch Elegant and Huawei Watch Jewel, the Chinese OEM is plans to market these new devices to women.

And in the poor tradition of almost every other device manufacturer out there, Huawei’s solution to make its existing smartwatch more appealing to women is to shrink it and make it pink. Both watches feature smaller 10mm wristbands, as well as a handful of “exclusive feminine” watch faces. The Jewel sets itself apart from its rose gold counterpart by adding 68 Swarovski crystals to the proceedings.

Aside from the difference in visual appearance, the two watches share the same internal components as last year’s Huawei Watch.

Huawei has not said how much either the Jewel or Elegant will cost, but Canadian consumers can expect to see them on store shelves sometime later this quarter.

Update: Huawei has revealed that the Elegant will cost $499 USD, while the Jewel will retail for $599. The company also noted that both watches will ship with On-Watch calling, a  feature unique to the Elegant and Jewel, as well as a first for a Android Wear smartwatch.

Freedom Mobile gives some users $5 off for three months