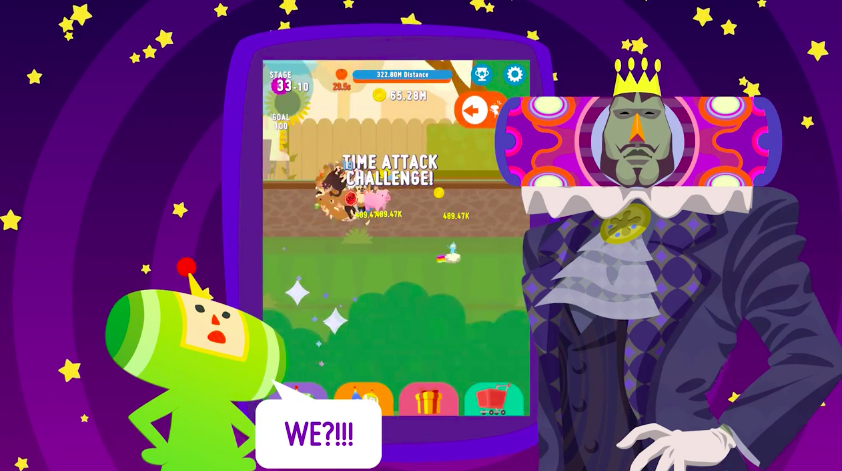 One of the weirdest Japanese-developed games ever released is making its mobile debut on iOS and Android as a 2D side-scroller.

According to the game’s launch trailer, Tap My Katamari is set to come to both iOS and Android at some point “soon.” The game was an anounced at Jump Festa 2015 in Toyko this past weekend.

Tap My Katamari marks the first entry in the Karamari Damacy series since the 2012 release of Touch My Katamari for the PlayStation Vita. Keita Takahashi, the series’ creator, left the franchise after the popular PlayStation 2 entry, We Love Katamari. Takahashi went on to develop critically acclaimed titles like Noby Noby Boy and has plans to release Wattam, a game that seems almost as strange as Katamari Damacy.

Hopefully Tap My Katamari captures the magic of the wacky PlayStation 2 classic.