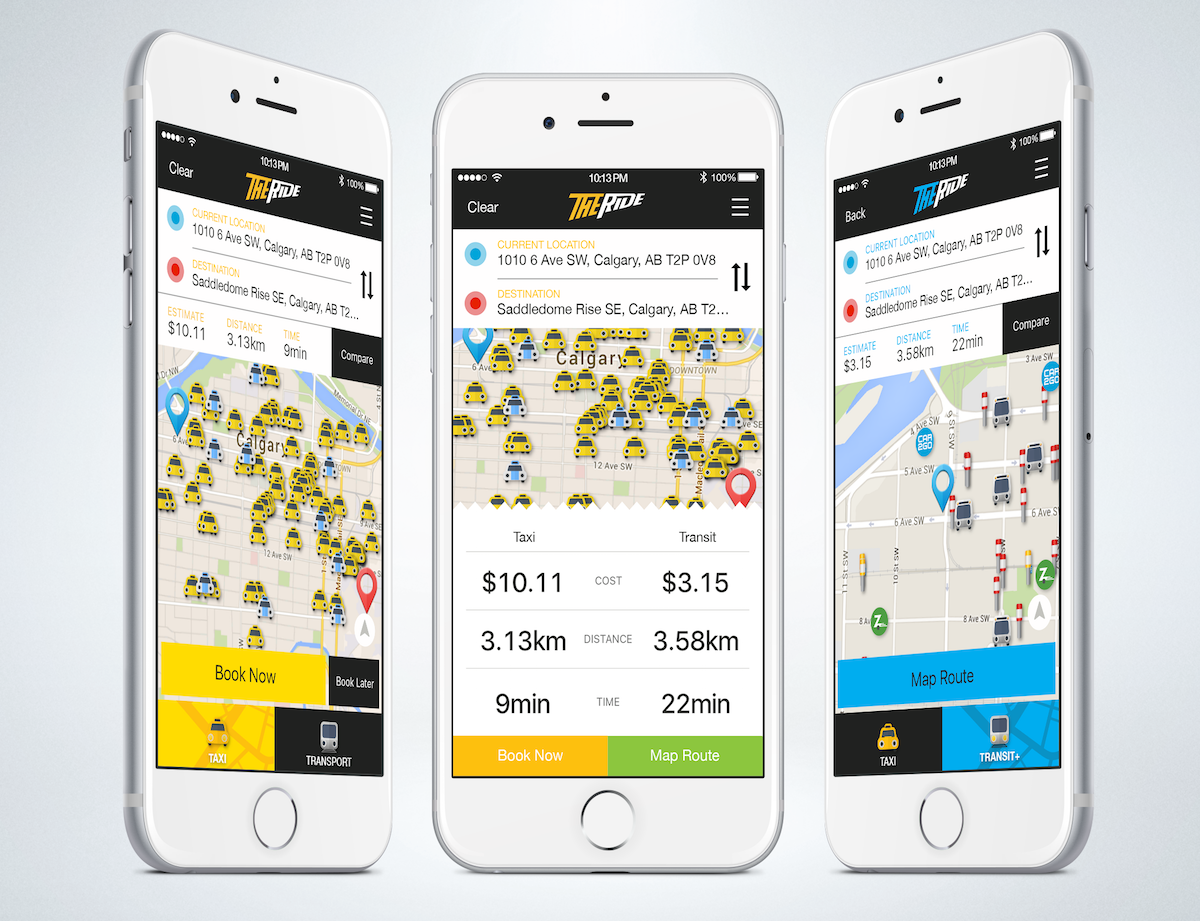 There’s a new taxi hailing app in town — tell me if you’ve heard this one before — that purports to offer a valid alternative to the menace of Uber spreading across the country.

Developed by CellWand, the company behind the popular #TAXI service, a precursor to on-demand smartphone hailing, TheRide, available on iOS and Android, connects to a taxi dispatch in cities throughout Canada.

Like eCab, which launched in partnership with Toronto’s Royal Taxi last week, and a number of other apps released by the companies themselves — Beck Taxi is a popular option in Toronto — TheRide connects to some 6,000 taxis across the country, with 3,000 more being added in the coming weeks.

Taxi companies in larger cities with smartphone integration can be e-hailed from TheRide for a $2 convenience fee, which is being waived for the first 30 days after signing up for the service, but is usually charged to one’s mobile bill. Indeed, since CellWand has deals with all the major network operators, including Rogers, Bell and Telus, the company is hoping the rather sizeable per-use fee will be less noticeable than if it was tacked on to the metred fare.

Companies not capable of being e-hailed can be called from within the app, for a $1 connection fee, which is also being waived until the end of the year.

But TheRide claims to be more than just another taxi dispatch app in the guise of an Uber competitor. Though its design requires considerable work — it is busy in some places and downright ugly in others — it is capable of offering alternative transit directions in cities that support it. Entering a desired destination in the app will generate time and price estimates for both transit and taxi directions, and point out the closest bike or car share locations, if applicable.

“Today’s commuters, especially millennials, depend on technology and real time information to get around, and apps are a big part of this. So we set out to develop Canada’s most comprehensive ‘get-me-there’ app,” said Nick Quain, co-founder and CEO of CellWand, in a statement. “The Ride is Canada’s ultimate transportation solution because it includes every taxi company and combines access to all available public transit options, map directions, and carshare locations across Canada, with just a few taps within the app.” He also points out that unlike Uber, The Ride does not have “surge charges at any time, and every driver is fully trained, licensed and insured.”

TheRide is available for iOS and Android.