Yahoo will stream an NFL game from London this Sunday 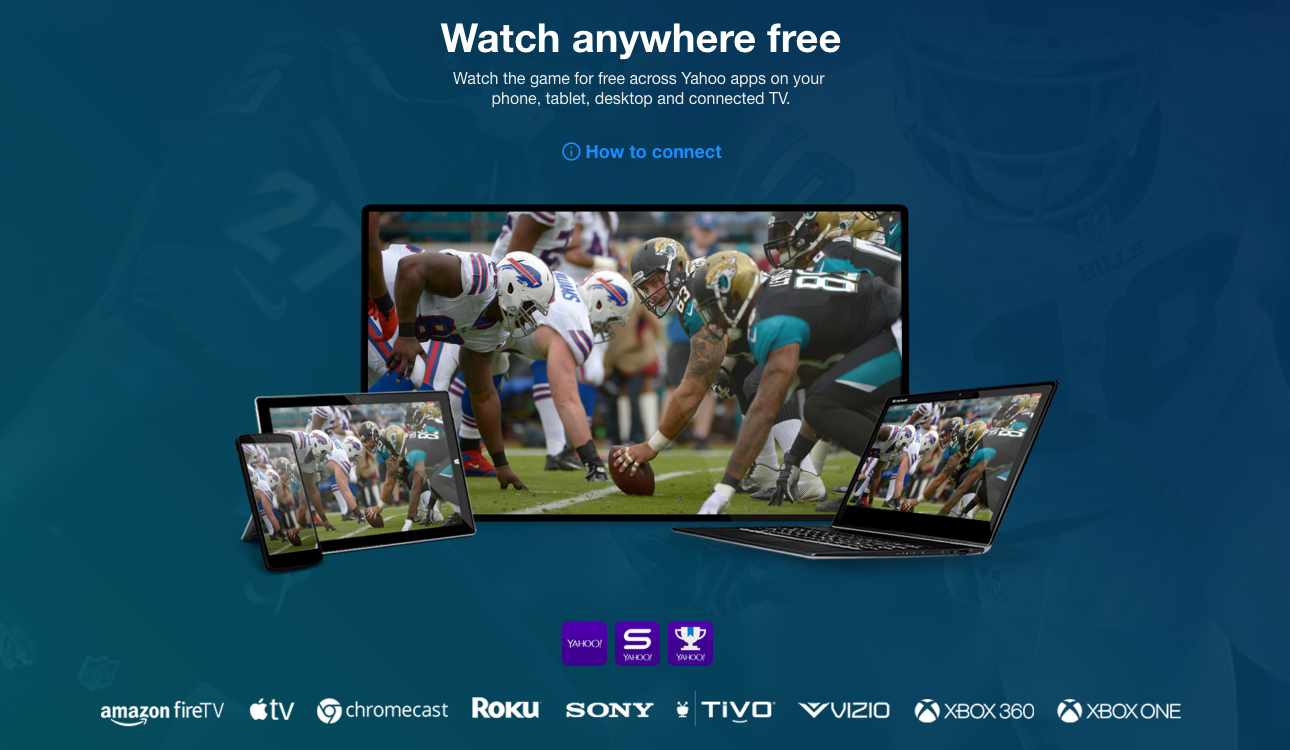 Yahoo is a media company that has recently become somewhat notorious for trying new things in the digital space without much certainty they will be successful. Earlier this week, it was announced that they wrote down $42 million for a number of original television shows as part of their streaming service. However, this weekend the company is doing another big digital media experiment, this time with the NFL.

On Sunday morning, at 9:30 AM Eastern, Yahoo will be streaming an NFL game live on all of its digital platforms. This will mark the first time a game has been simultaneously broadcast digitally worldwide, and the game will feature the Buffalo Bills and Jacksonville Jaguars, playing at Wembley Stadium in London. The game is one of three being played in London this year, as part of the NFL’s International Series.

It remains to be seen if this experiment will be a success, but given the relative unpopularity of American Football outside North America, the teams involved in the game, and the low level of awareness of Yahoo’s digital streaming platform, it seems unlikely. The company has set up a specific landing page, nflstream.yahoo.com, for the game, and you will be able to use a number of platforms, including most set-top boxes and mobile platforms, to watch.