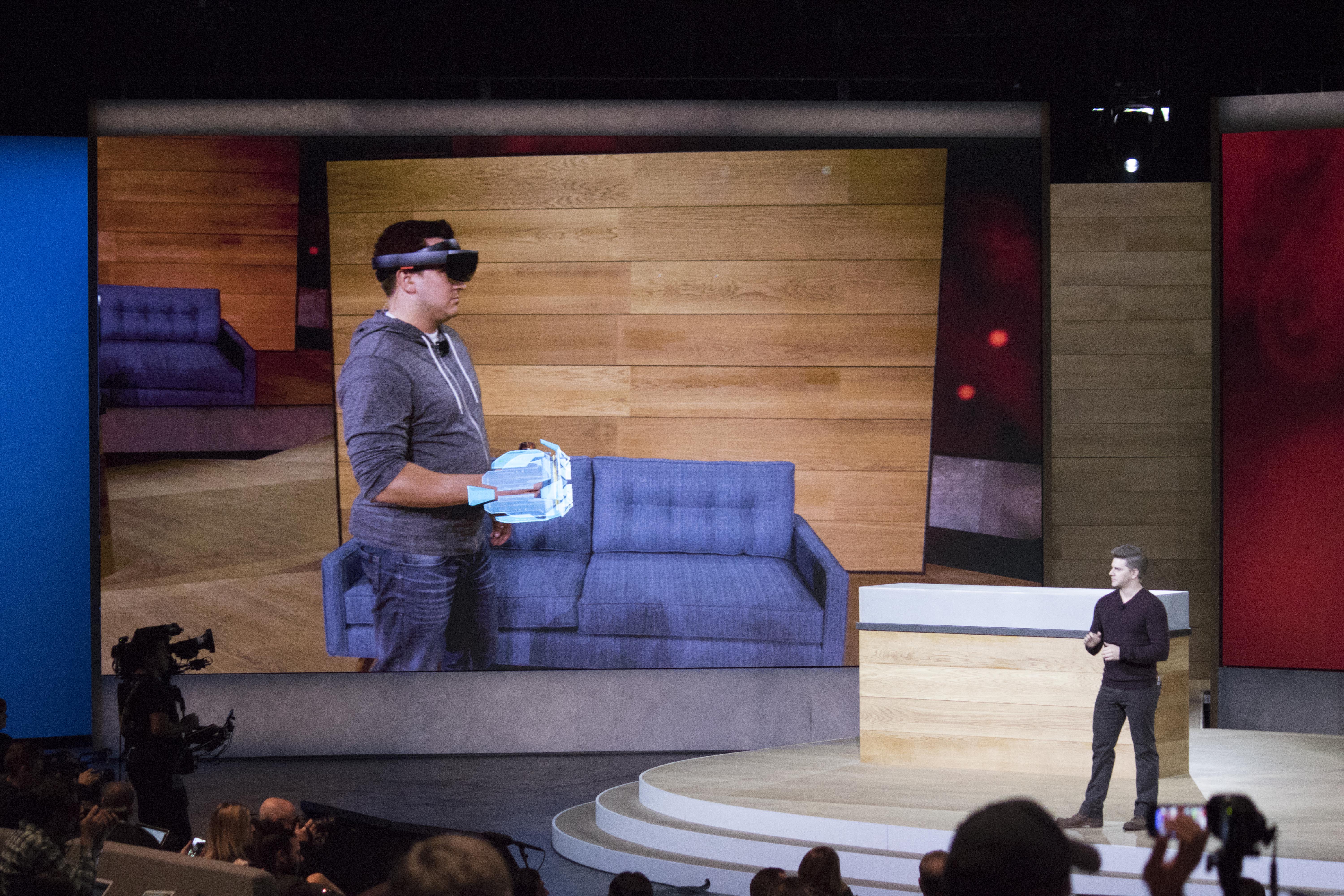 “HoloLens creates innovative experiences that simply aren’t possible on any other device or any other platform,” said the Microsoft representative showing off the game on stage.

In Project X-Ray, the player defends the real world location they’re playing in from robotic aliens. According to Microsoft, the game’s enemies adapt to the player’s physical surroundings, and then proceed to use them to their advantage, climbing up walls and breaking through structures. During the demo, the player used an augmented reality weapon to fight off foes as they crawled over and through wooden wall structure.

HoloLens’ development kit will be available for $3000 in the first quarter of 2016. The retail version of Project X-Ray isn’t expect to be released for at least five years.

Microsoft will launch a HoloLens app on Android this spring