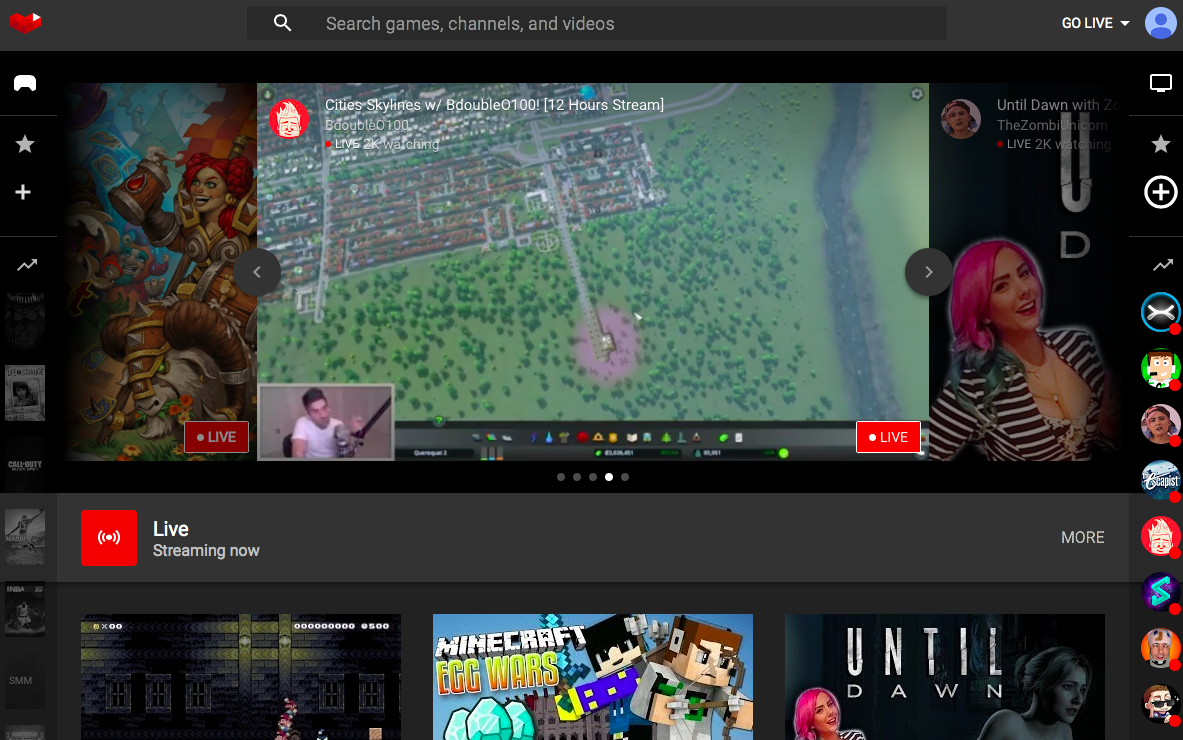 After being announced in June, YouTube Gaming, Google/Alphabet’s bid to take on Amazon owned Twitch, is live.

You can visit gaming.youtube.com and start streaming videos of other people playing video games, as well as watch gaming related YouTube videos.

At first blush, the interface appears a bit confusing, but it quickly reveals itself to be quite intuitive.

To the left is YouTube Gaming’s games menu. Here, you can add your favourite games. Clicking on the icon of one of the games you’ve added leads to a page that spotlights both live streams and already uploaded YouTube videos. What’s cool about this page is that it has sections dedicated to Let’s Plays and Reviews, two types of videos that are ubiquitous on YouTube. 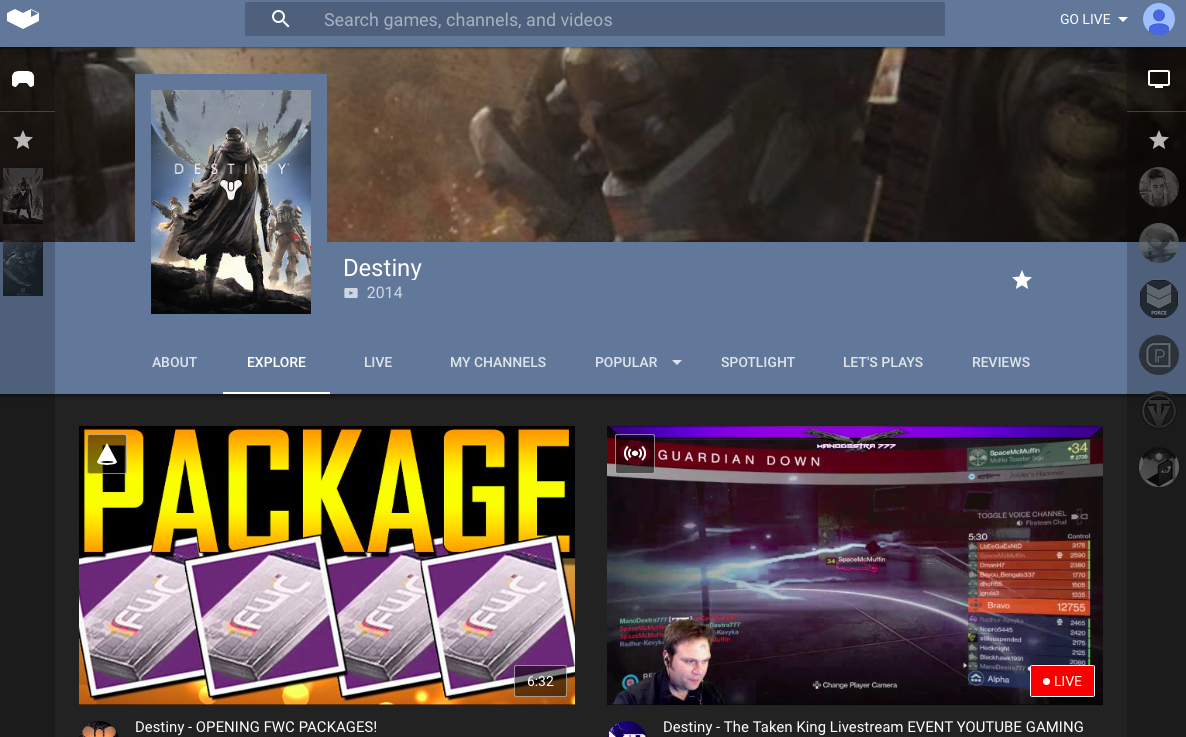 Overall, streaming quality looks to be an improvement over Twitch, which I’ve had a variety of issues with over the past couple of months.

The Android and iOS YouTube Gaming apps have yet to be released in Canada. However, from what I’ve seen of screenshots, it looks like the interactions that are on its webpage. We’ll update this page once they’re released up here.