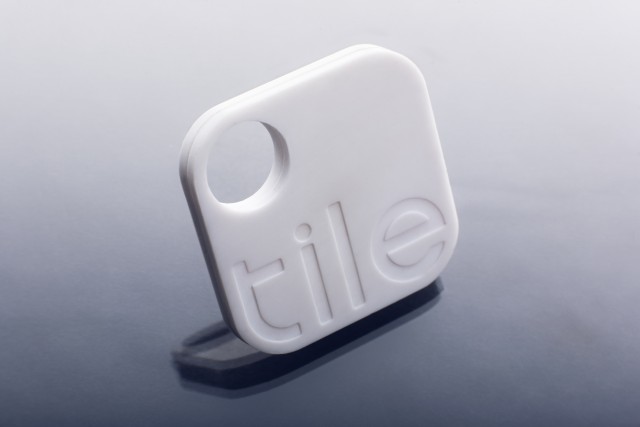 When Tile co-founders Mike Farley and Nick Evans spoke to MobileSyrup in 2013, they said they would try to release yearly hardware updates for their innovative Bluetooth tracker. Well, it’s been a bit more than a year since the original was released, but the second generation Tile is finally here, and it brings with it a several key improvements to the initial concept.

Tile, for those unfamiliar, is a matchbox-sized piece of plastic that has a keychain-sized hole on one edge. Using Bluetooth Low Energy and an accompanying app, Tile can be paired with almost any Android or iOS device. Once paired and attached to something of value, say a keychain or gym bag, Tile will discreetly keep track of the item. If you ever lose the item in question, you can use the Tile app to find that item with ease.

The one drawback to Tile’s original implementation was that the system fell apart if a person lost their phone.

With the updated Tile and app, both of which were released this week, the company has seemingly solved that problem. If you lose your phone with the newly released Tile accessory, you can double press the “e” on it to initiate the company’s new find your phone feature. As long as your phone is running the Tile app in the background and it is within the tracker’s 100 metre range, it will start playing a loud tune to help you find it.

If you’ve lost both your phone and Tile, say because you left them in the same bag, then you can use Tile’s newly redesigned website to find both of them. Lastly, a friend can download the app, whether they’re on Android or iOS, and use their phone as a “virtual” Tile.

The company has also made the second generation Tile three times as loud. Now when it’s called upon to ring, it does so at 90 decibels, ensuring that, even if it’s buried under a mess of couch cushions, it’s easy to find.

Tiles cost around $17.50 USD each, but can be bought in discounted bundles of two, four or eight.