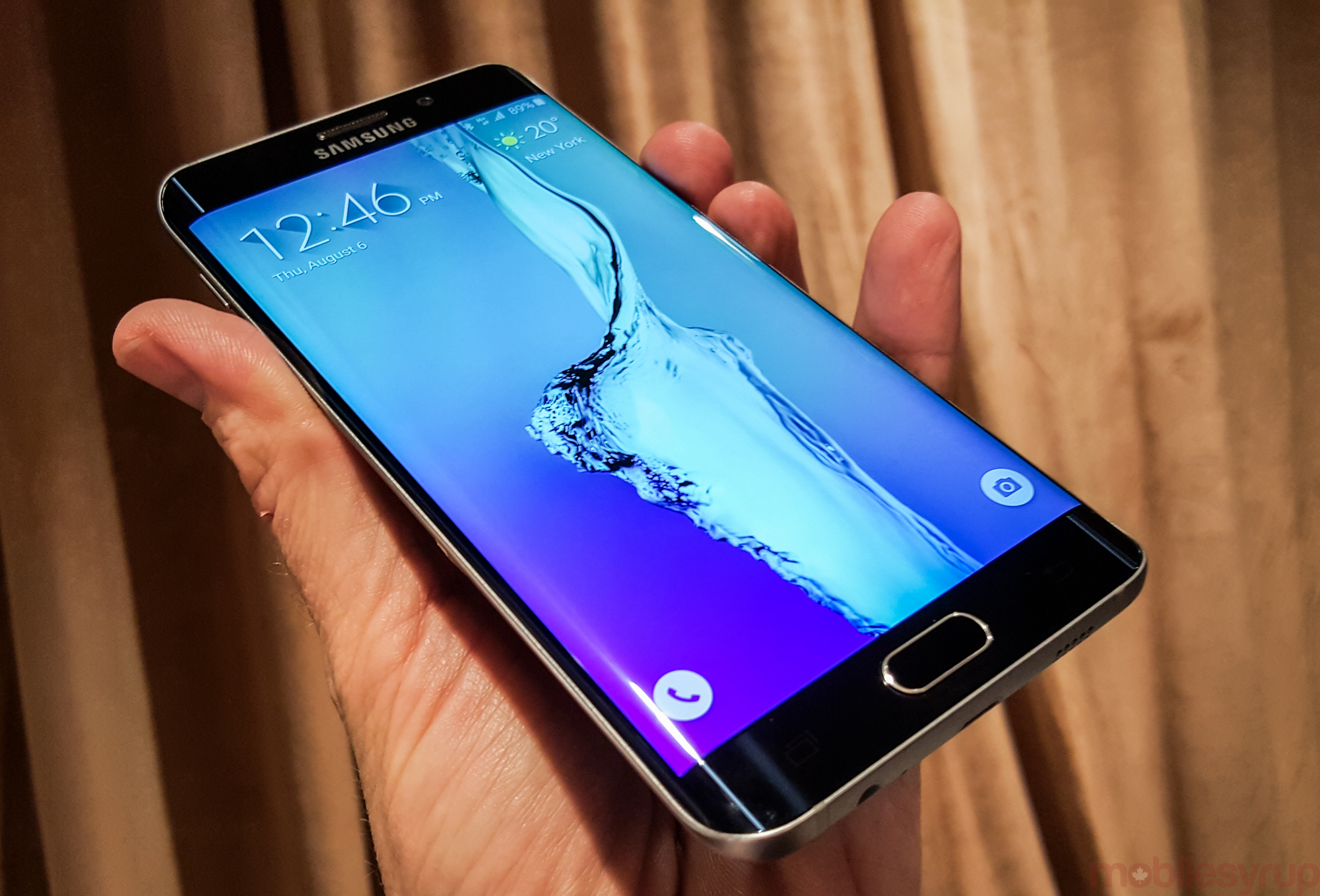 Today, Samsung announced the Galaxy S6 edge+, a larger format version of its popular Galaxy S6 edge. Ostensibly replacing the single-edged Galaxy Note Edge from 2014, this companion device to the S6 line features the same dual-curved display as its smaller counterpart, but mirrors the specifications from the Galaxy Note 5.

With a massive 5.7-inch 2560×1440 pixel Super AMOLED display, the S6 edge+ is otherwise aesthetically identical to its smaller counterpart. It has the same octa-core Exynos 7420 SoC, but boosts the RAM count from 3GB to 4GB. This model does away with the 128GB option, which was likely not selling in great quantities on the regular S6 edge, but will be offered in 32GB and 64GB variants. Along with the 16MP rear camera sensor, which protrudes slightly, the S6 edge+ attempts to resolve some of the smaller version’s battery issues with a 3,000mAh battery cell. The S6 edge’s fingerprint sensor has also made the trip, as has the compatibility with Qi and PMA wireless charging.

Metal and glass construction means that the device has no replaceable battery, and like its smaller counterpart has no microSD slot. It does improve the Edge Screen feature, though: in addition to access to one’s five favourite contacts, users can now set up app shortcuts (much like they could on the Note Edge). Of course, the S6 edge+ still has a handy Night Clock feature.

The Galaxy S6 edge+ will be coming to Canada on August 21st, and we’ll have more information about pricing and availability in the coming days.