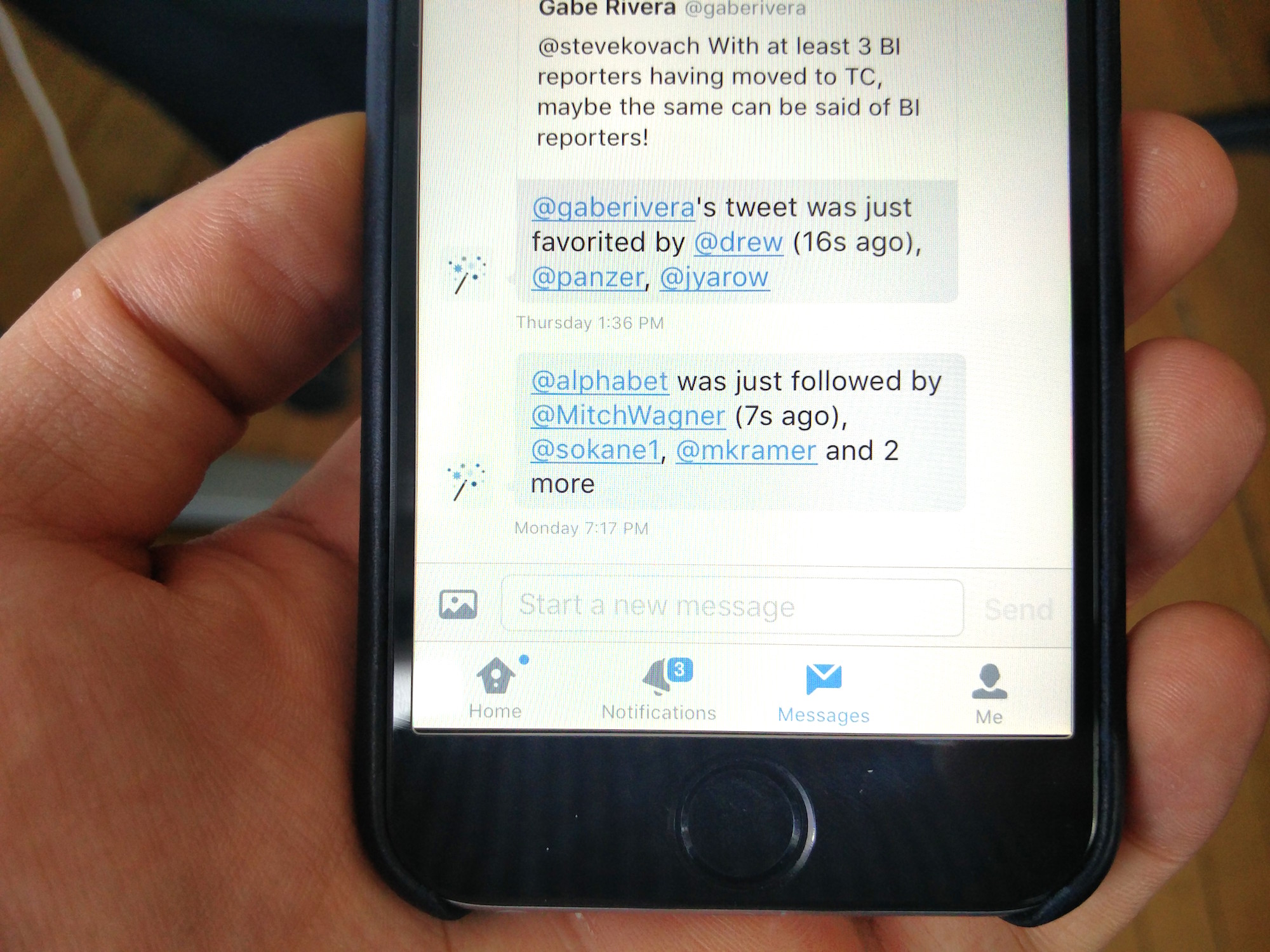 For a long time it looked like Twitter was abandoning its private side. Direct Messaging, a feature that had been integrated in to the service from almost the very beginning, was caught in a strange tumult of intention. What was its purpose? And why would someone choose to send a DM over, say, a WhatsApp or Facebook message?

But the more popular Twitter became, both with individuals and the brands they interact with, the more vital DMs became to the successful running of the company. Now a publicly-traded organization, Twitter must appeal to even those who don’t participate in the most important and lucrative sections of the company, its public stream.

In April, Twitter aroused more than a little consternation by allowing anyone to open up DMs beyond the people they followed, and who followed them. Earlier, the company added group DMs and allowed Tweets to be privately shared in their entirety as a quote, inciting conversation filtered through the real-time nature of the service.

Today, after a two-month wait, Twitter is set to remove the 140 character limit for direct messages, the last barrier, according to the company, to making the private side of the network as vital as the public.

“We’ve been investing in a big way on the private side of Twitter to give people more tools to express themselves,” says Sachin Agarwal, Product Manager for DMs at Twitter and creator of the microblogging service, Posterous, which Twitter purchased in 2012.

Unlike dedicated messaging services like Facebook’s WhatsApp (and Messenger), and Google Hangouts, Agarwal says that most private conversations on Twitter are related to the public sphere. “Generally, users love to use both sides of the product to talk about the world around them.” He notes that since Twitter began allowing Tweets to be shared and embedded within private chats, engagement has risen significantly, though he wouldn’t specify to what extent.

“A lot of what happens on private Twitter are the kind of shared experiences with friends and family that [people] wouldn’t necessarily want to write in public,” he continues. As an increasing number of everyday people consume Twitter content, without necessarily participating in the public stream, the company will rely on growth from other areas such as private messaging to pick up the user growth slack.

At the same time, a lot of what happens on private Twitter involves brands and businesses. “We see a way for businesses to reach more customers,” Agarwal says, whether it’s customer service related or just to form a perceived relationship with the name behind the keyboard.

“Twitter is an indispensable part of peoples’ lives, and with unlimited length DMs we’re creating this shared experience around people.”

The changes are available in mobile apps starting today on iOS and Android, as well as the web.