Qualcomm’s latest system-on-a-chip is official, and it couldn’t have come at a better time. While for the past few years the California-based company has been sitting atop the heap of ARM-based chipset designers, dominating the enormous Android smartphone market, it would probably like to wipe 2015 from its memory altogether.

After posting disappointing Q3 results, the company admitted that there were problems with its Snapdragon 810 chip, which lost it a huge customer in Samsung (though that may have happened either way) and a lot of brownie points with the enthusiast community. While its tarnished reputation is likely repairable, the reality is that much of its pain was caused by Apple’s move to 64-bit chips in late 2013, and the industry’s attempts to catch up thereafter. The Snapdragon 810, which have been accused of overheating in certain situations (though that claim is largely overblown, and has been overcome in recent variants), lacks Qualcomm’s custom design, implementing ARM’s Cortex-A57 and A53 chip designs with few, if any, changes. 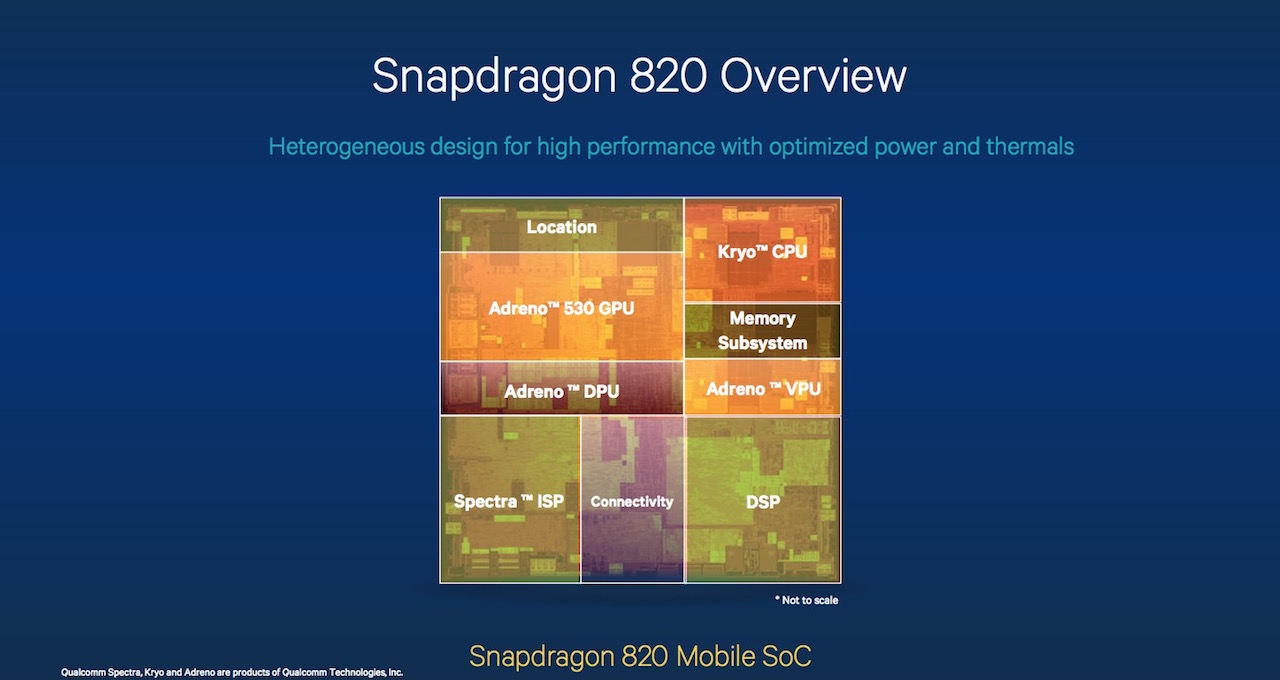 The Snapdragon 820, detailed today and coming to market in Q1 2016, returns to that custom design philosophy, while significantly improving thermal efficiency, graphics performance, and imaging capabilities.

Qualcomm is doing a bit of a slow news rollout for the Snapdragon 820, focusing today on just the GPU and ISP (image signal processor). 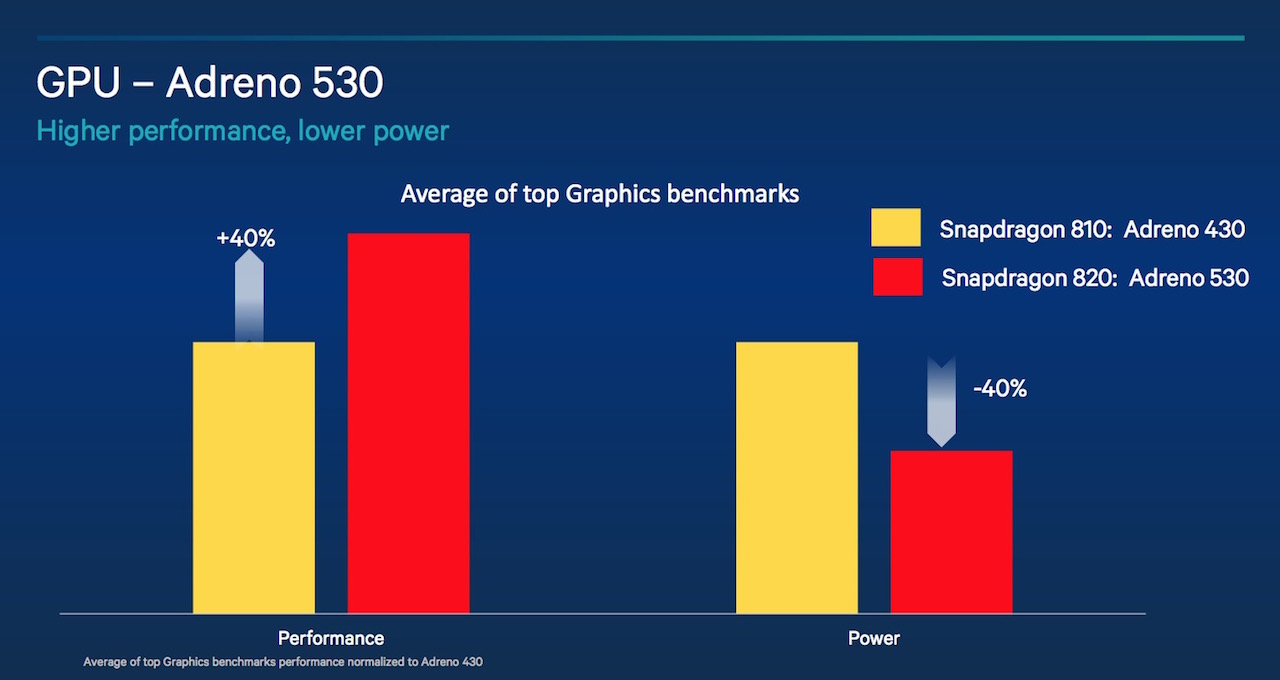 According to slides released today, the Adreno 530 GPU is some 40% faster than the Adreno 430 inside the Snapdragon 810 while lowering power output by a similar 40%. That’s the biggest jump in GPU performance we’ve seen in a couple of generations, an impressive feat considering we’re expecting CPU speed gains of between 30% and 40% from the Snapdragon 810.

Qualcomm is also announcing mid-range SoCs in the Snapdragon 618 and 620, which will presumably sport lower-clocked versions of the same custom CPU cores as the 820, along with pared-down Adreno 500-series GPUs. 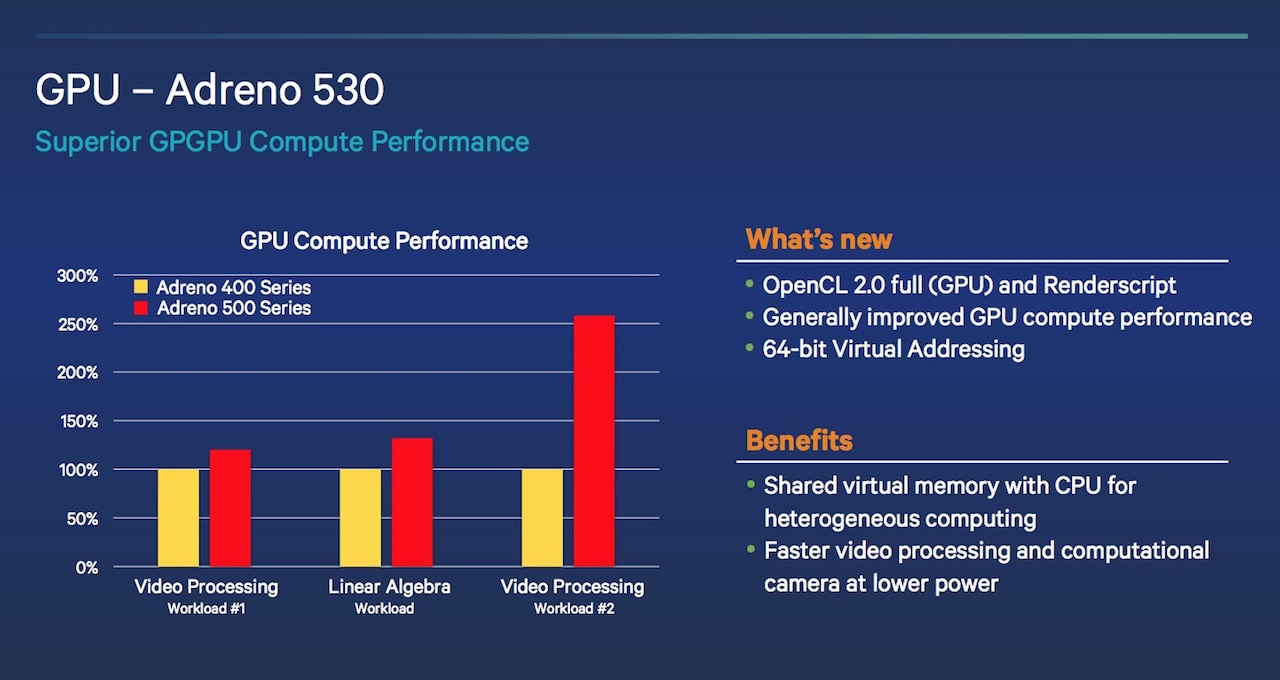 All of the 500-series GPUs are tailor made for OpenGL ES 3.1 along with Android Extension Pack that was announced alongside Lollipop, making it easier for game developers to hit the right processing resources. It will also support the newly-announced Vulkan API, also developed by OpenGL creator, Khronos, which will be integrated into future versions of Android (presumably Android M). 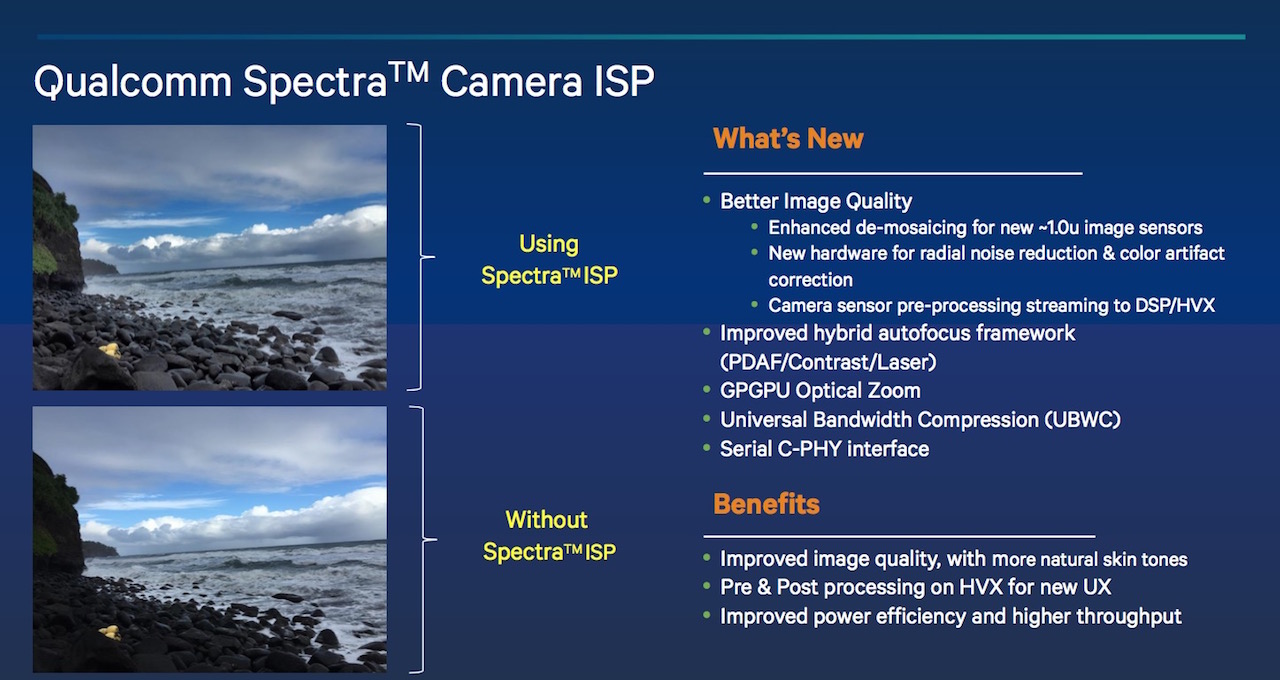 Qualcomm is also focusing heavily on improving imaging with its new Spectra ISP. The gist is that even with the best sensors and lenses, mobile phones are subject to the whims of post-processing, which feeds the information from the sensor to the device’s camera app. 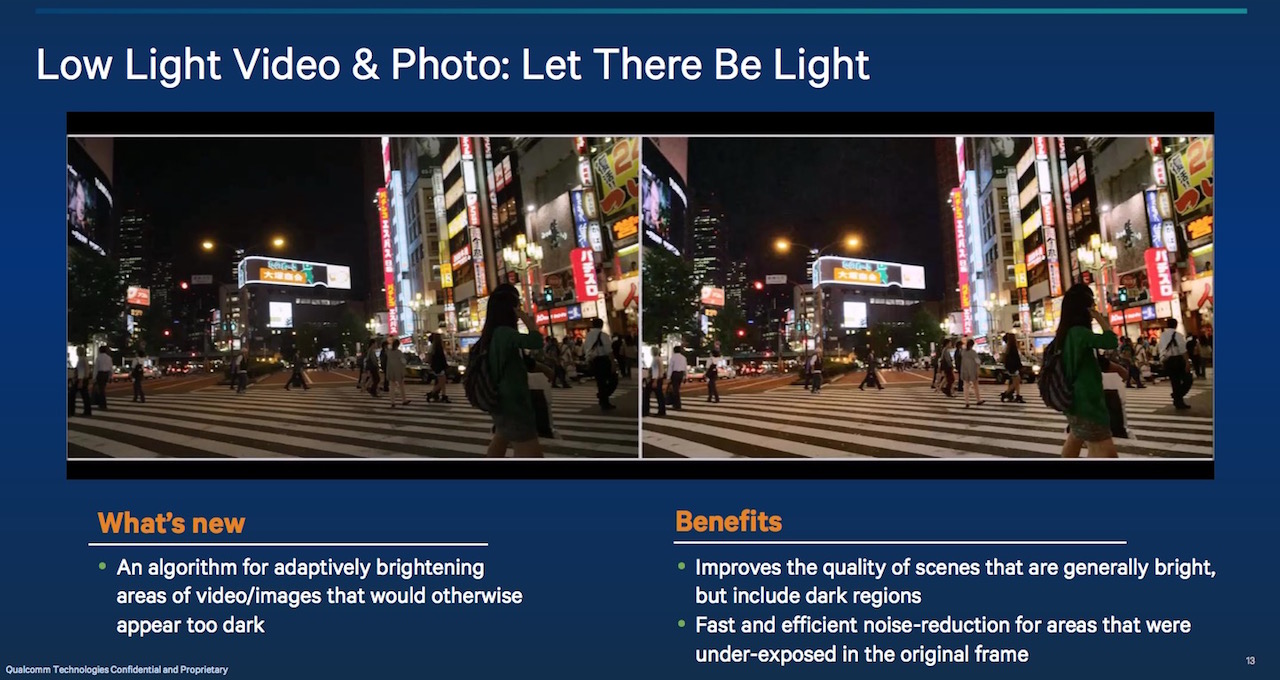 Spectra promises “improved image quality with more natural skin tones,” better power efficiency and higher throughput for faster bursting and support for multiple sensors. It also boasts improved low-light performance over the current ISP in the Snapdragon 810, and more intelligent HDR, which still poses a problem for many Android phones.

We’ll know a lot more about the Snapdragon 820 in the coming weeks, but we may have to wait until next year to use a phone running the chip.