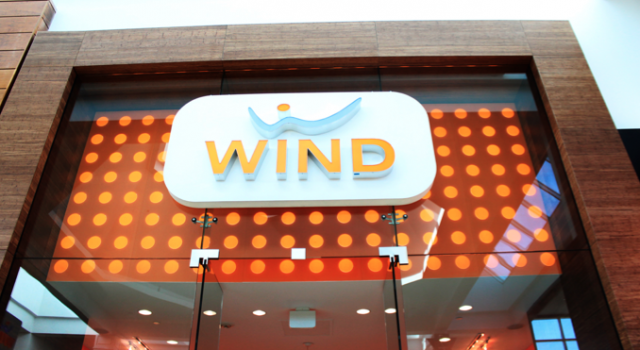 Yesterday, Rogers announced that it would purchase Mobilicity’s business, its debts and a portion of its AWS spectrum, for $440 million. Mobilicity will continue as a standalone operation for some time, but neither company is currently saying what will happen to the 150,000 or so subscribers still operating in each of the provider’s five markets.

But perhaps the biggest news coming out of the deal was that Wind Mobile practically doubled its spectrum holdings overnight. As part of the negotiations, Rogers agreed to sell (for an undisclosed price) a portion of Mobilicity’s AWS-1 spectrum to Wind. It will also transfer, as part of an option deal to purchase all of Shaw’s AWS-1 licenses, a portion of the Calgary-based company’s spectrum to Wind, as well.

In all, Wind walks away with around double the spectrum it previously held, strengthening its position across the country, but particularly in the western provinces of Alberta and British Columbia. In the short term, the move is meant to shore up capacity for a network that desperately needs it, with the intention of eventually refarming a portion of it to launch an LTE network in 2016.

I had a chance to speak with Wind Mobile’s new CEO, Alek Krstajic, about the company’s place in the market and how it plans to compete on a higher level. Formerly of Public Mobile, where he maneuvered a sale of the low-cost CDMA-based new entrant to Telus, Krstajic spent 10 years at Rogers before moving to Bell to eventually become the President of Bell Mobility for a time. He told me that this deal was, in some way, a very long time coming.

“Mobilicity was in a bad way for a long time,” he said, telling me that the companies had been in discussions for months, even years, in some form or another. A rumour that Wind was going to buy Mobilicity had been floating around since mid-2013, shifting and changing every few months. But now that the deal is done, with Mobilicity’s customers safely in the arms of Rogers, Krstajic can look forward to what he can do with his bounty of new spectrum.

“The initial benefits from yesterday’s transaction are going to be seen in the west,” he said, pointing out that Wind had half the amount of spectrum in Alberta and British Columbia as it did in Southern Ontario. “The foundations of being a solid wireless player is having a solid network, and right now what’s more important than having an LTE network is having capacity.”

Slow data speeds were just one of the many complaints lobbied against Wind’s network in the west, where dropped calls and poor signal, especially in buildings, has kept it from growing. But Krstajic noted that Wind won’t truly be a national player until he gets his hands on low-band spectrum, expressing regret that his company couldn’t find the funds necessary to bid in the 700Mhz auction last year.

“Wind is now the master of its own destiny,” he noted. “Do we need low-band spectrum? Of course we do. But now we can approach a company like Videotron and say, ‘Let’s make a deal.’ Couples that want to be together always do better than those who have to be together.”

Indeed, it’s perplexing that Quebecor spent so much money on spectrum in Ontario, British Columbia and Alberta that, as of right now, it has no intention of using. But Wind thinks that its newfound bounty can be used to leverage a better deal – or even a deal at all.

“Yesterday’s deal shifted the power balance to deals that we want to do, rather than deals we have to do.” 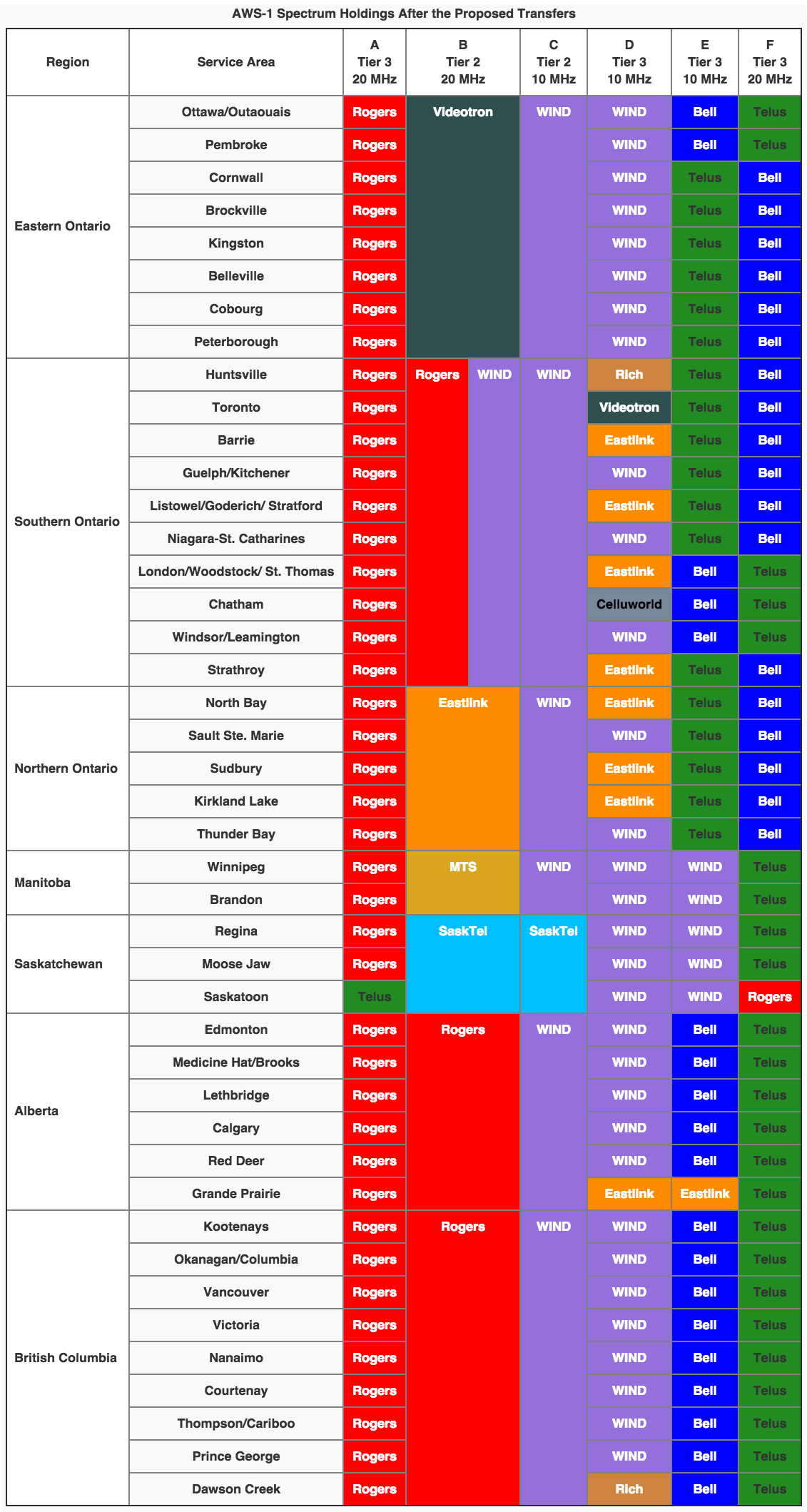 Aside from the influx of subscribers and the tax write-off of approximately $150 million, Rogers was able to negotiate with Wind a spectrum swap, giving the companies blocks of contiguous spectrum in Ontario, B.C. and Alberta. Rogers paid dearly for a similar result in the 700Mhz auction, but here merely had to offload some of Mobilicity’s and Shaw’s airwaves to a company it barely considers a competitor.

“We’re basically adding multiple lanes on our wireless highway in three key markets overnight,” Rogers CEO Guy Laurence said in a statement. “This means faster speeds and better quality for our customers as they use more and more mobile video.

“We’re pleased to have worked with the government to put this unused valuable resource to work,” he continued. “We got the spectrum we needed where we needed it for our customers and this keeps Rogers in the leading competitive position across the country.”

For Wind, though, the benefit is having a strong foundation for building an ultra-fast LTE network. In addition to the 30Mhz of AWS-3 spectrum it purchased earlier this year, the ecosystem of which is still being finalized, the company can now use its excess spectrum as a bargaining chip. For example, in addition to the 10Mhz it already owned in each of Sasktatchewan and Manitoba, it inherited an additional 10Mhz, and in some areas like Manitoba, 20Mhz, from Shaw.

“If the folks at Sasktel and MTS want it,” he said of the spectrum, “we’ll sell it to them. The right thing to do is to facilitate the fourth wireless carrier in every province. We’re never going to build a network in Manitoba or Saskatchewan. What I’d like to see happen is a ripple effect, where everyone helps each other out.

“If we and Rogers can team up to do this deal, we should all of us be able – Videotron, Bragg [Eastlink], all of us – to sit down and do a spectrum swap.”

This equanimous view of the Canadian market is in sharp contrast to the climate just a year ago, when Rogers was admonished for forcing Wind Mobile into punitive exclusive roaming agreements. The government also had a big part to play in breaking that cycle, not only by working with the regulator on creating the wireless code, but being flexible with its spectrum transfer policy.

James Moore, the outgoing Minister of Industry, said that the deal will “result in at least four wireless firms in every region of the country being able to offer the latest technology, world-class service and more choice.”

He continued that ten years ago, Rogers, Bell and Telus owned a combined 98 per cent of the country’s wireless spectrum. Today, that number has dropped to 75 per cent, and this deal is not changing that concentration.

Some organizations, like vocal Harper government critics OpenMedia, think this deal was not in Canadians’ best interests. In a statement, an OpenMedia spokesperson said it is “extremely disappointed in the deal’s approval, as the government had promised it would not approve any spectrum transfers that decrease competition in the wireless market,” highlighting a decrease of consumer choice for low-cost providers after the demise of Public Mobile and now Mobilicity.

But Krstajic doesn’t see it that way. To him, Mobilicity was not much of a competitor, even before it went into credit protection back in 2013. “Mobilicity was not a pricing issue in the market,” he said, referring to the fact thats service was too poor, and its perimeter too narrow, to really make an impact.

Responding to concerns that Wind’s offerings will change now that it is better able to stand up to the incumbents, he said, “the fact that I got more spectrum doesn’t mean the price [of plans] will increase.

“To compete with the incumbents, I have to have a 15-25% discount. I have to be able to answer yes to the question, ‘Are we still providing incredible value?’ There is more than enough inertia in the market to keep customers at Rogers, Bell and Telus if we play our cards wrong.”

Wind appears to be in a good position, at least in the short term, though Krstajic emphasizes that nothing will change for his own customers in the immediate future. He points out innovations like the Wind being the first provider to offer cell service in Toronto’s subway system as proof that it is “moving the needle” in the right direction.

The most pressing issue, he said, is making sure his network has the capacity to perform basic functions like making calls and loading photos. Then he gets to worry about the big picture.

That big picture includes deals with Apple to sell the iPhone, which will likely come next year after the launch of the company’s LTE network.

“This team is firing on all cylinders.”