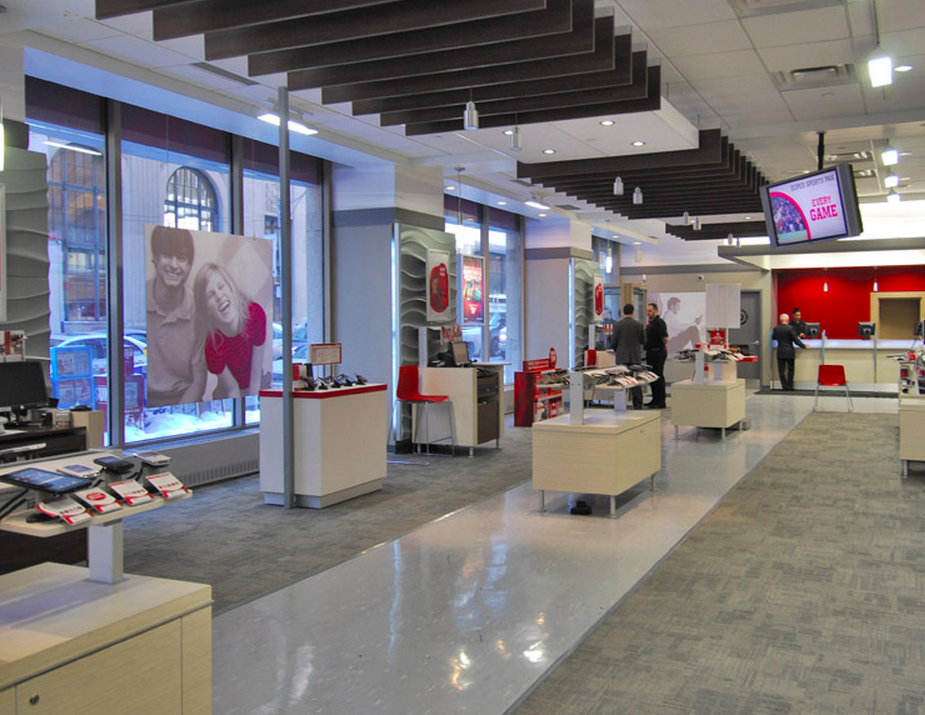 Rogers announced its Q1 2015 results today, continuing its transitional phase that began with the Rogers 3.0 program in May 2014.

The company booked $3.18 billion in revenue for the quarter, a slight increase over the same period a year earlier, boosted by modest growth in wireless revenue. Rogers has adjusted its focus over the past two quarters, focusing on increasing the value of each account; this shows itself in the net loss of 26,000 customers in Q1 but higher postpaid ARPU of $66.21, an increase of $1.01 from the same period a year ago, though down slightly over last quarter. (A one-time adjustment pertaining to Wireless Home Phone subscribers negatively impacted postpaid and blended ARPU by 2% and 3% respectively).

Rogers earned an adjusted $0.53 per share, a net income of $275 million, for the quarter, a sizeable drop from last quarter. The company blames this trend on “proactively early-upgrading targeted subscribers in advance of the conclusion of the industry-wide shift to two-year contracts this summer,” discounting smartphones and throwing in paid services for free as an increasing number of customers become free agents. Wireless revenue was $1.8 billion for the quarter, an increase of 4% of the same period in 2014.

The company touted a number of new services launched in the quarter, including an expansion of Roam Like Home into 35 European countries, the establishment of which will have a “material impact on roaming revenues,” according to Chief Financial Officer, Tony Staffieri. Rogers also launched its Ignite cable brand, which offers higher-cost internet packages with unlimited bandwidth, which led to a 6% increase in cable revenue for the quarter.

“2015 is all about execution of the Rogers 3.0 plan,” President and CEO Guy Laurence said in the earnings call this afternoon, focusing on the company’s investments in its product lineup.

Wireless churn increased four basis points to 1.24% over a year ago, a number that has dropped significantly from last quarter, which Rogers chalks up to better focus on maintaining its high-value customers.

The company activated 700,000 smartphones in Q1, with 83% of the postpaid subscriber base now using a smartphone, a slight 1% drop over last quarter. Rogers said it performed 18% more smartphone upgrades in Q1 than the same period a year ago, with a 44% increase in iPhone activations, which led to a 32% hit in equipment cost.

Rogers has begun reporting a new key performance indicator in the quarter, ARPA, or Average Revenue Per Account. According to the company, ARPA is a better metric for outlining the performance and trends of an entire division, in this case wireless, since share plans allow customers to have multiple phone numbers and devices on the same account.

ARPA has long been reported by American telcos, many of which have replaced ARPU altogether; Rogers says it plans to stick with both for the time being. ARPA totalled $107.47 for the quarter, an increase of $4.37 from the same period a year ago.

Laurence said while the company is taking some revenue hits up front to tackle customer retention, it “moved full steam ahead with our Rogers 3.0 program by delivering a number of initiatives that are popular with our customers.” He singled out a 20% drop in user complaints, as reported by the CCTS recently, and the release of a new Transparency Report, which details the number of requests for customer information by the government and police services, as proof of a more approachable, customer-focused company, one that is keen to earn money through higher-value customers.