Citymapper adds support for Toronto, Montreal and Vancouver after months of pleading by Canadians 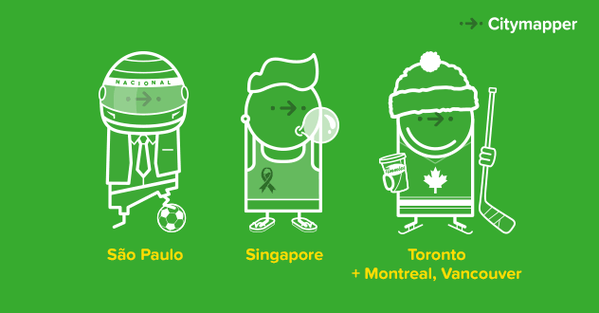 In December 2014, Citymapper’s team discovered that they had been awarded something strange: a Best App of 2014 award from Apple’s Canadian iTunes team. Nice to be recognized, sure, but there was one problem: they had no coverage in Canada.

The company holds an ongoing “Next City” voting campaign, where users can submit their choice for which city to next break into. The transit company said, as it rolled out to Canada this week, that Toronto was far and away its most consistent result.

“Toronto, your cries for help have been loud and clear. You’re the current standing winner of our Next City voting competition. As one voter put it, the GTA’s horrendous traffic and limited public transit integration make getting around a ‘challenge.'”

The London-based transit company has been working on adding Canadian support for some time, and this week, with version 5.2 for Android and iOS, adds Toronto, Vancouver and Montreal to its database. At the same time, it is rolling out support for multi-modal transit (ie. a bike, then a bus, then a subway) and sprucing up its newly-refreshed UI. It also works on Apple Watch. 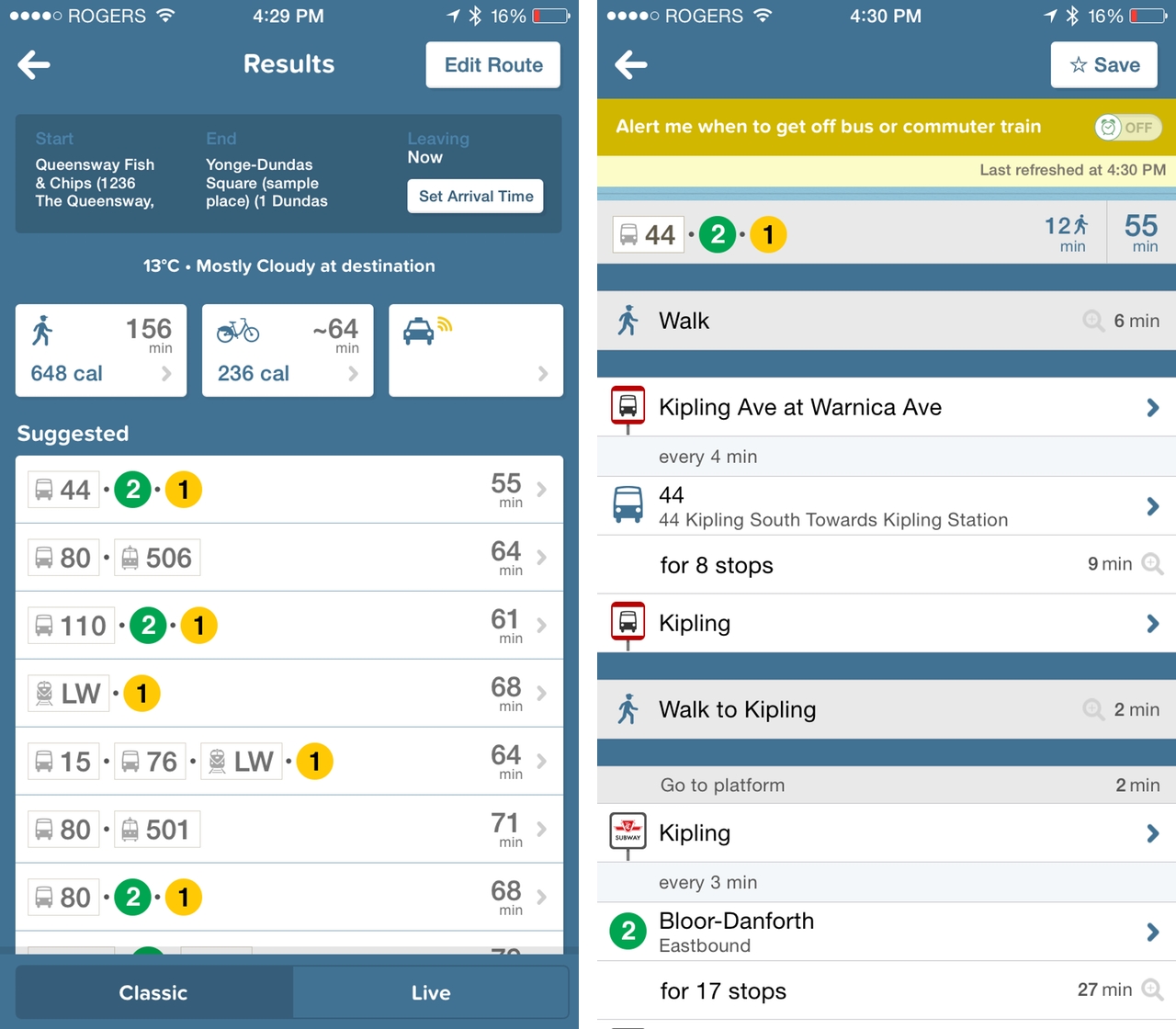 Despite gains from competitors like Transit App (which is built in Montreal), Moovit and even Google Maps, Citymapper has been held as the gold standard for the way a mobile transit app should work. It offers quick access to trip planning, including the ability to check when you’d like to arrive, in a UI that makes sense and isn’t cluttered. Like Moovit and Transit App, Citymapper geolocates its users to find the closest transit stops.

Here is the breakdown for transit system support:

Users can save their home, work and other favourite locations to, with one tap, find the fastest way to those places. 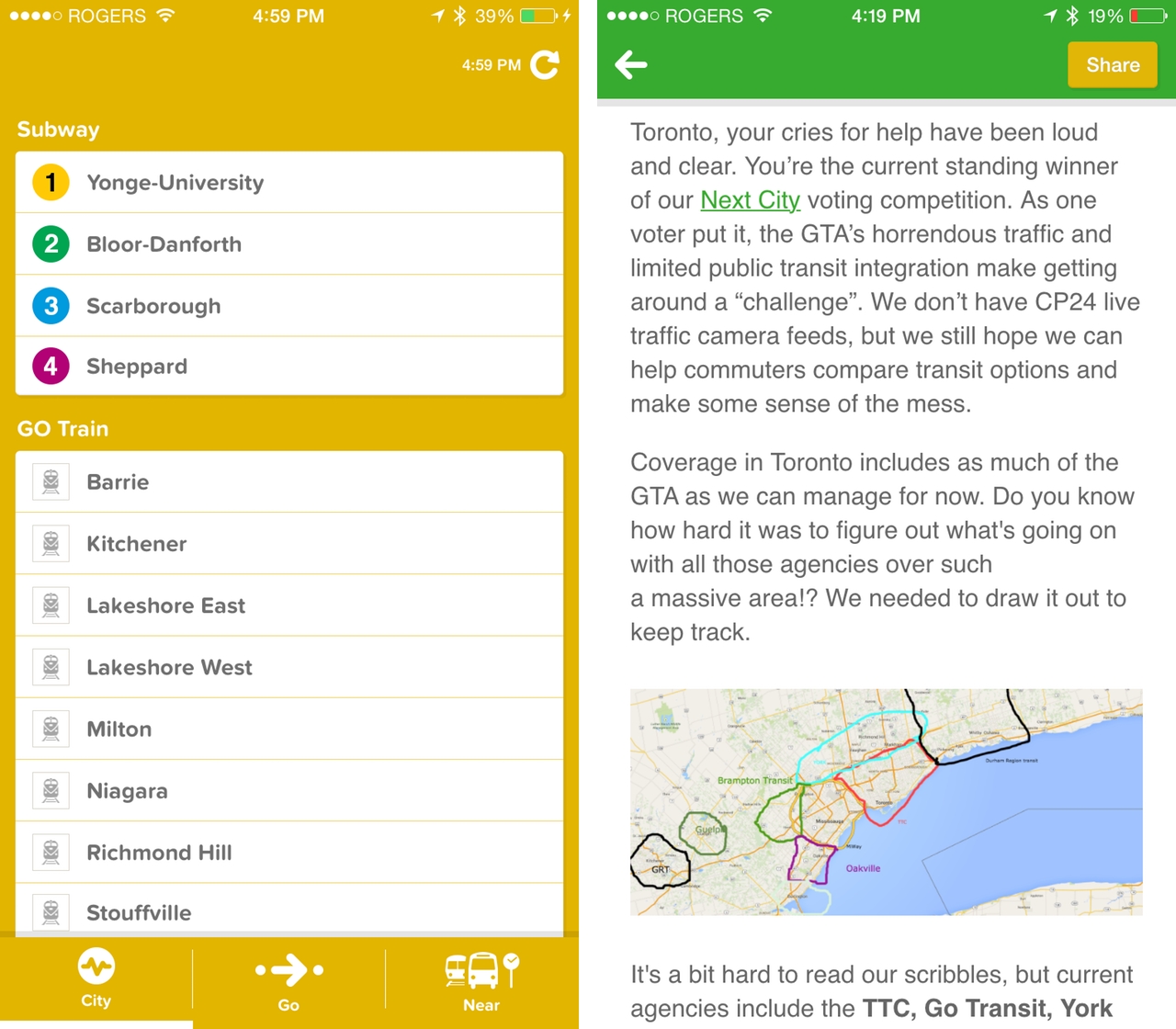 One of the better features of Citymapper is its comprehensive real-time data of an entire city’s transit map, including the subway, bus, streetcar and rail lines. It also aggregates service interruptions and Twitter feeds of the closest system.

No word on whether the company plans to add more Canadian cities in the future, but Ottawa sure feels left out.

Citymapper is available for iOS and Android, and is a must-try for transit enthusiasts.