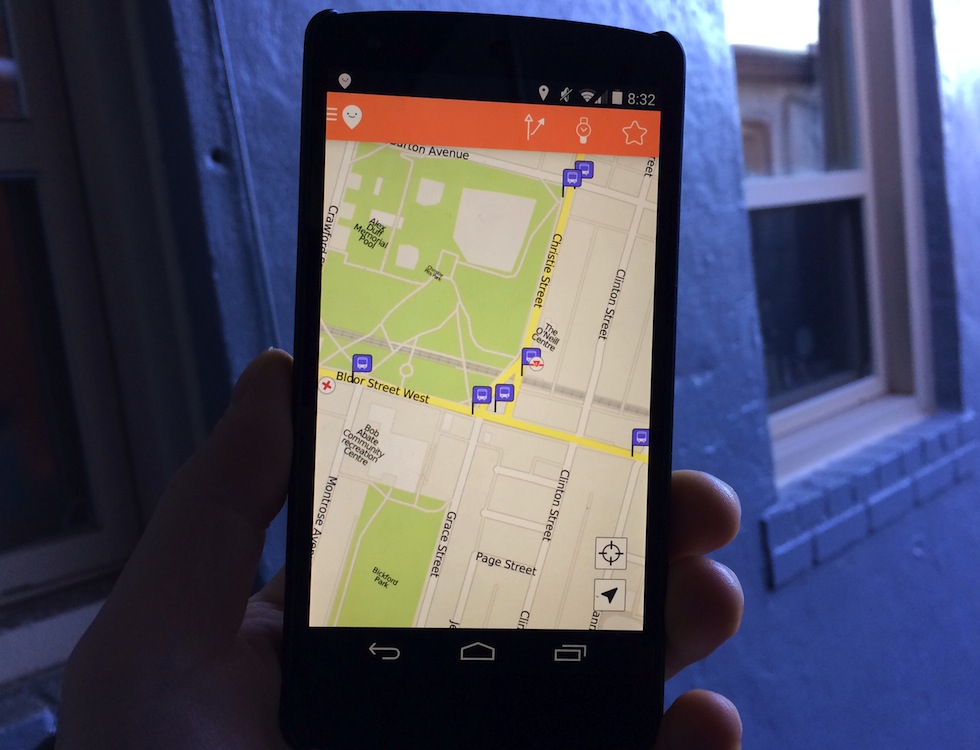 Moovit used to be an example of a great app brought down by an ugly interface and poor design. The transit-focused mapping app uses crowd-sourced reports to determine whether a certain subway, streetcar, bus or tram line was snarled, and much like Waze does for traffic, Moovit has saved thousands of people many hours waiting for vehicles that just wouldn’t arrive.

In version 3.0 for Android, released today, Moovit has tightened its design belt, adhering to Google’s guidelines where appropriate, and in doing so has completely reinvigorated the app. Using a left-side navigation bar, users can easily access previously-hidden functions of the app, like Settings and Transit Alerts, and the top-located Action Bar provides one-touch route planning. Unlike Waze, Moovit doesn’t actually rely on user-submitted accident reports; instead, it works in the background and uses GPS, WiFi and your phone’s cellphone signal to create a mesh network of data points. The more information it has, the more accurately it can determine when to give a recommendation. If one line is running slowly, for example, and it may be faster to walk a few minutes to another stop, the app will say so.

Moovit supports four major transit systems in Canada, Toronto, Ottawa, Vancouver and Montreal, and will likely add more as demand increases. Its best feature is route planning, as it takes into account not just what the transit system (i.e. TTC) is remarking about specific transit lines, but what data other devices running Moovit have collected and submitted.

Though Moovit has significant competition in Google Now, which pushes relevant transit directions based on frequency of travel, Moovit has the advantage of crowd-sourced data; it’s the same type of information that lead Google to purchase Waze in the first place.