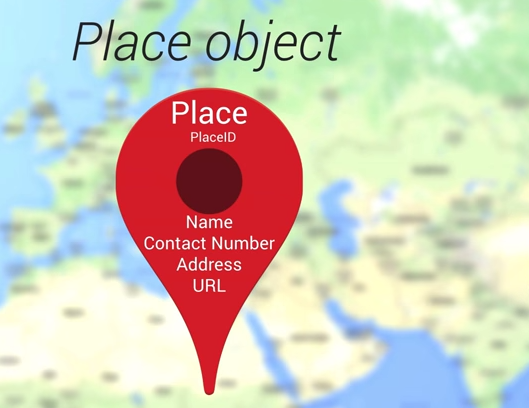 Juggling location services isn’t easy for an app developer, but Google is hoping to make it easier to serve users location data with its new Places API. This will allow developers to offer meaningful location data based on a device’s location and real places.

Android’s Places API aims to provide “personable” places and locations (like hospitals, restaurants, parks, and hotels) via Google’s vast Places database, where apps would previously just spit out a confusing string of coordinates.

Now when users want to share their location using a specific app, they won’t just be offered a latitude and longitude but a real place (like the hotel, restaurant or park you’re in). This has been available as a Google Web Service for a while but is now available as a native Android API via Google Play Services with support as far back Android 2.3 (Gingerbread). It should mean a heightened level of accuracy because Places will return results based on the user’s device’s location.

Easy location sharing aside, features of the Places API include a drop-in “place picker” widget that will enable users of your app to select their own location, as well as autocomplete for place names, the ability to add new places relevant to your app’s users, and support for detailed place information and the reporting of a device’s presence in a particular place. In addition to the Android API, Google also announced a beta program for the Places API for iOS. Read more about that here.