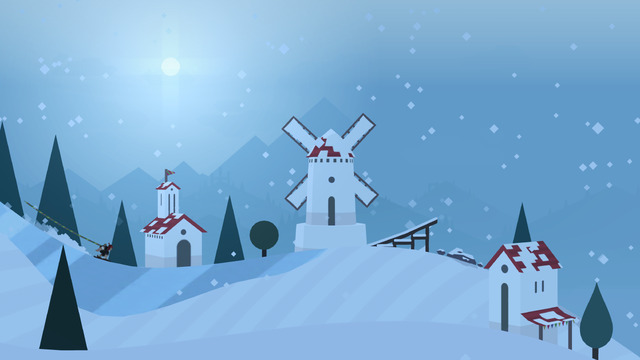 I completely understand that this was a rather big statement to make – but it’s true. Alto’s Adventure really is that great. It consists of the key ingredients that make a good mobile title – a simple pick-up-and-play mentality, iterating on an established form of gameplay, and it also plays better than almost any prior title released in the genre.

Sometimes innovation doesn’t make for a great gaming experience and this is a concept Alto’s Adventure seems to have been built upon. 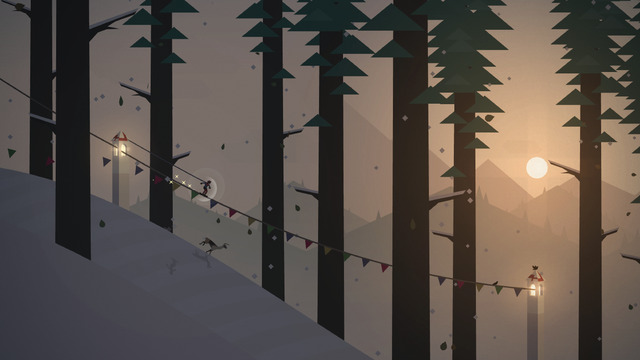 These are the reasons why I enjoy Impossible Road so much and is also why I’ve invested a significant amount of time (about two hours a day for a little over a week and a half) in Ryan Cash’s Alto’s Adventure.

The game’s “endless runner” premise is simple but works perfectly. Players snowboard down a randomly generated mountain as Alto, Maya or Paz (and more unlockable characters), with each character controlling slightly differently. For instance, Maya can do backflips with ease, whereas Paz can’t and instead gains momentum quickly, allowing him to smash through rocks and other obstacles.

Alto’s Adventure also puts a spin on the typical endless runner genre with its deceptively simple tasks that feel like they’re inspired by old school Tony Hawk titles. Some objectives involve basic goals like surpassing a specific score or chasing down five llamas in one run, whereas others are more obscure, such as hovering over a rock or performing multiple back flips in a specific part of a run (doing backflips in the forest is mind-bendingly difficult in most cases). 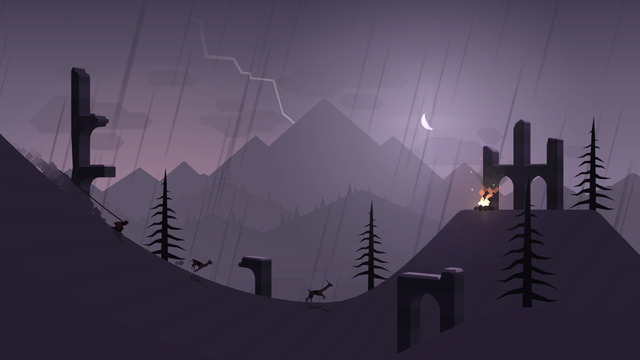 Visually the game is impressive as well, opting for a simple graphical style reminiscent of Monument Valley. But there’s also something inherently relaxing to Alto’s Adventure’s graphics. Gliding over ramps and landing multiple backflips isn’t just from a gameplay perspective, it’s also entertaining to watch, especially with the game’s constantly shifting day/night cycle running in the background. Small touches like flags falling from rails, snow floating up behind your character and the relentless Elders who seem to hate your “sick” snowboard skills, all look stunning in Alto’s Adventure and help the game stand out from the slew of other titles available on Apple’s App Store. Make no mistake, this game’s art style is very unique.

The level of satisfaction I get while playing Alto’s Adventure from landing a double backflip or in some cases, even a triple backflip, is something I rarely experience in video games, and this feeling is often amplified when I take a big chance in the game. Should I start that double backflip as I fall off the mountain? Or maybe I need to wait until I get another boost and build up additional speed. Completing a solid run in Alto’s Adventure is all about making quick, minute decisions like this.

The points a player receives after reach run can be spent on upgrading your character, increasing how effective power-ups like the Magnet – which forces coins to gravitate towards you during your run – or the Feather – an ability that makes doing backflips and navigating over other objects, more effective.  While not necessary in an endless runner title like Alto’s Adventure, the ability to improve your overall performance, regardless of what character you’re using, is a welcome addition to the game.

It’s difficult to find a fault in Alto’s Adventure, which is something I haven’t said about many video games, especially mobile titles. Perhaps the only thing holding the title back is a lack of environment variety. While jumping over the similar randomly generated snowy mountains, rocks and wooden ramps, is still fun right now, I imagine once I’ve unlocked every character and levelled up completely, I’ll wish the game included more diverse environments. I can’t help but imaging the possibilities: lava world, cloud world or perhaps underwater and space areas where gravity has a new effect on your character. Of course this wouldn’t make sense because Alto’s adventure is a snowboarding title – but this is the type of video game that doesn’t need to take itself seriously. 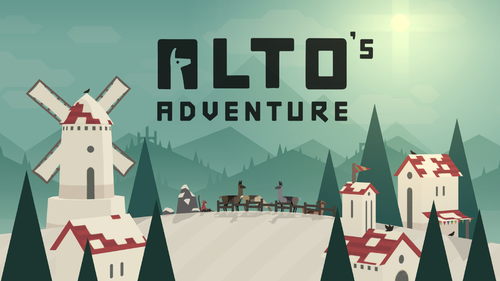 Also, as someone who is primarily an Android user, it would be great if Alto’s Adventure eventually made its way to Google’s operating system, especially since my aging iPad Mini occasionally stutters while playing the game.

If you’re a fan of mobile games Alto’s Adventure is a must-play title that’s impressive in almost every aspect.

Alto’s Adventure is a $1.99 download on the iOS App Store.