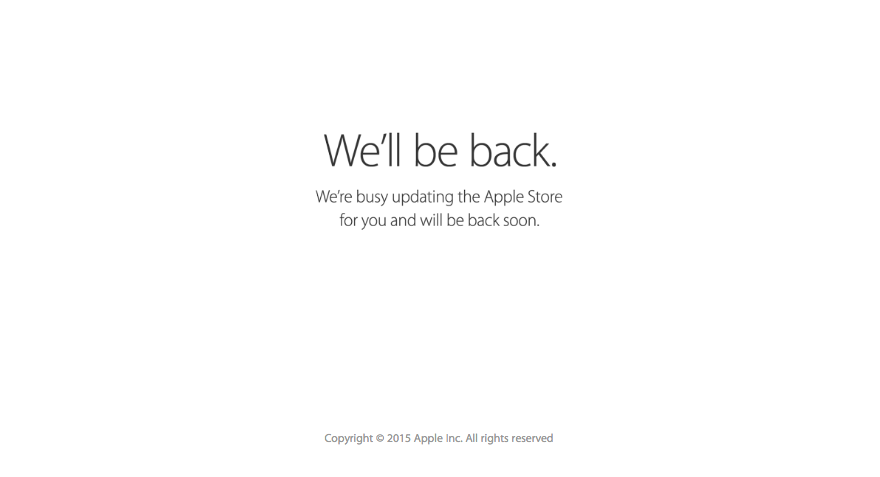 Ahead of Apple’s event today, the company’s online store is officially down. The “Spring Forward” announcement doesn’t kick off for a few more hours but already Apple’s online stores around the world are down for the count.

Apple is expected to “officially” announce the Apple Watch this afternoon at the event at San Francisco’s Yerba Buena Center for the Arts. We’ve already seen the watch up close thanks to a teaser at last year’s iPhone 6 event, but today will bring full specs, more details on the functionality, and information on pricing and release dates.

That last point will be of particular interest to Canadians as Apple has confirmed that the watch will start at $349 USD, but hasn’t mentioned anything about international pricing. What’s more, while Apple’s US site says the Apple Watch will be, “Available early-2015,” the Canadian site merely says “2015.” We’re still waiting to find out if we’ll be getting the watch in mid-April when it goes on sale in the U.S.

We’ll be covering the event live from San Francisco and bring you all of the details as well as information that matters to Canadians. He’ll be liveblogging here so bookmark this page and check back at 1pm sharp (EDT) for the latest.

Read more: Five things to think about before the Apple Watch event

Canada unlikely to be launch market for Apple Watch