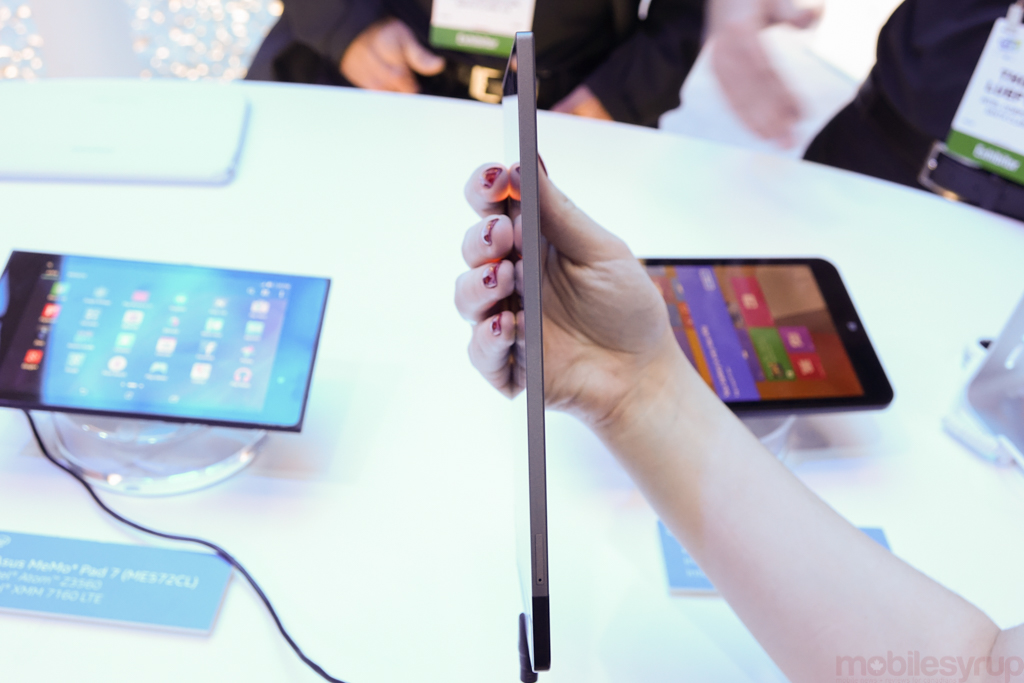 Technology, in particular mobile technology, moves so fast that any one company claiming to be the thinnest, lightest, biggest, smallest, or any other -est, can’t bank on staying on top for long. Dell, though, has managed to snag the title of world’s thinnest tablet and keep it, despite the fact that Apple’s iPad Air 2 was announced just after. 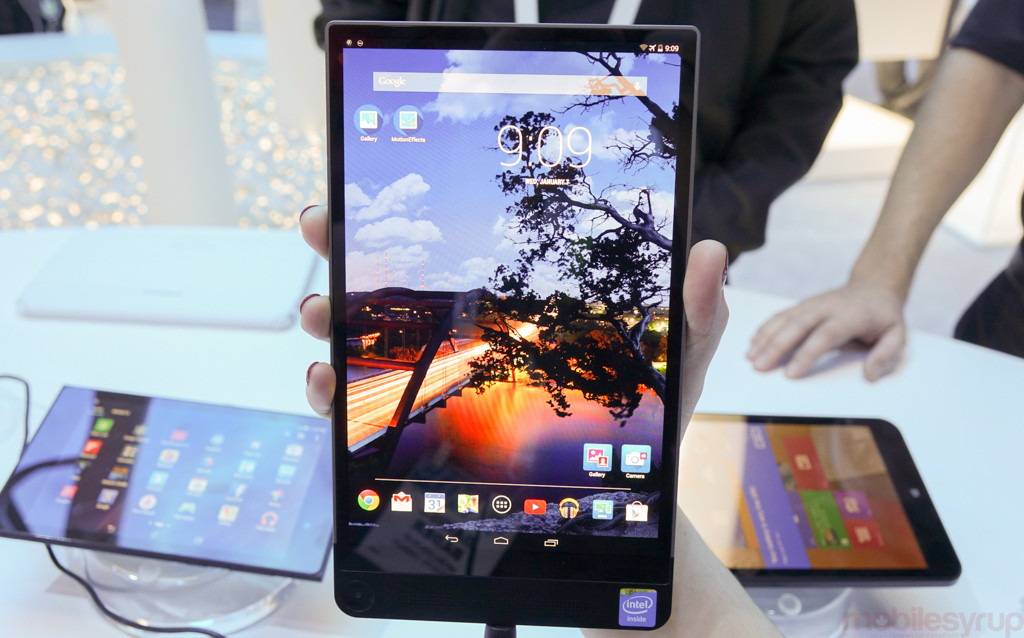 Originally announced at IDF in September, the Venue 8 7000 is the world’s thinnest tablet, measuring just 6mm thick, a full millimetre and a half thinner than the iPad Air. It’s also the first to use Intel’s RealSense technology, which allows users to interact with images in 3D. This is thanks to two camera modules that allow you to change the focal point of photos. It can also scan your surroundings and return real-time depth information. 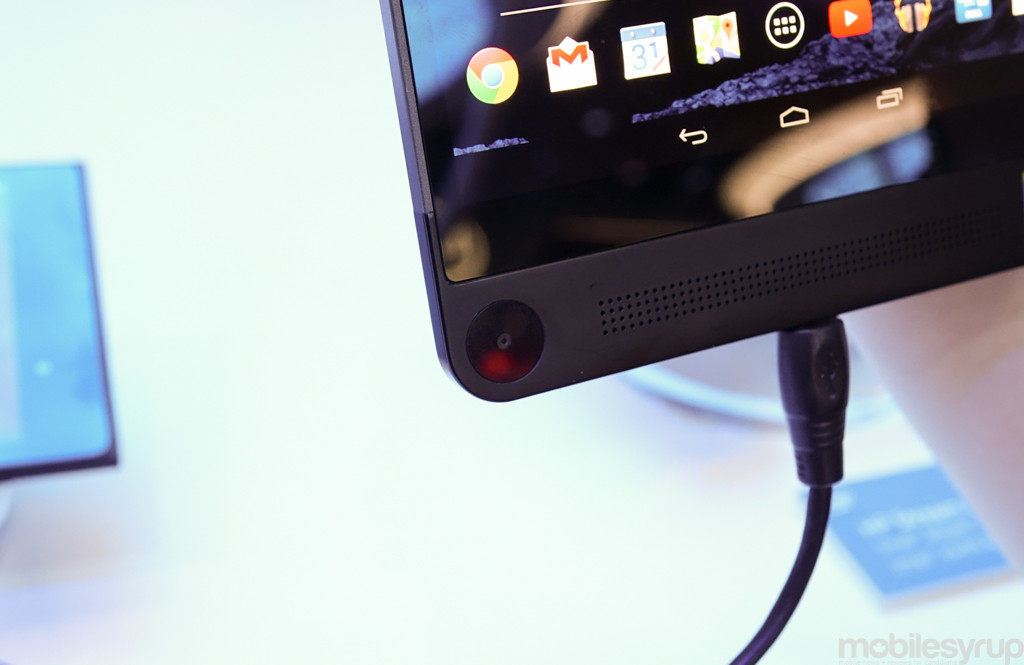 We took a quick look at the device at Intel’s booth and were pretty impressed with RealSense and how it works to create distinct layers in images. The results weren’t perfect; we sometimes saw that parts of the background that should have been blurry were sharply in focus around the edge of the person or object in the foreground. But overall it was extremely impressive. 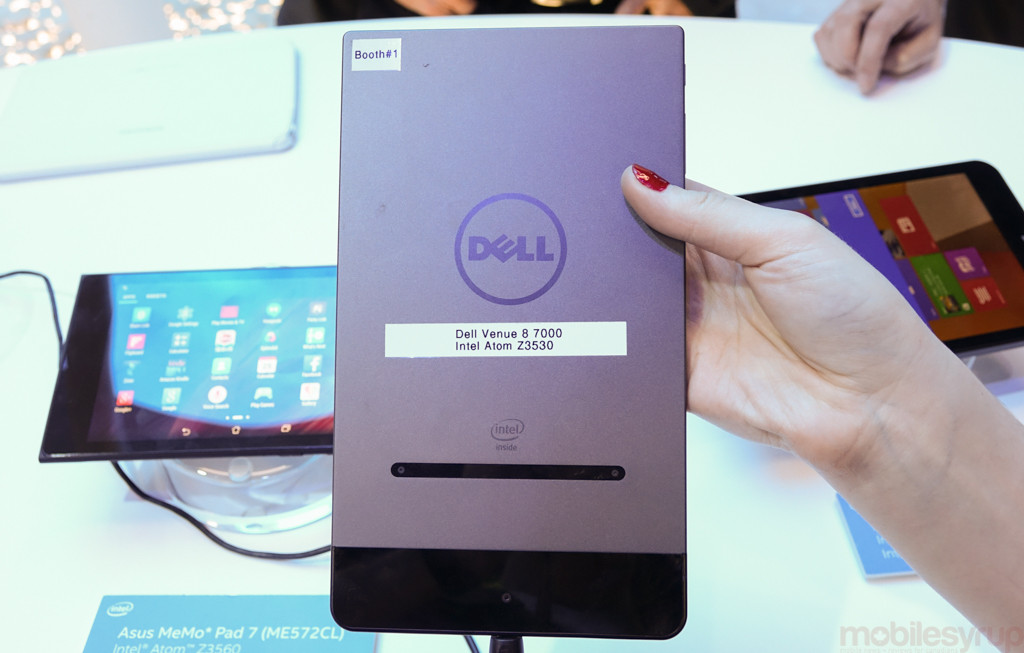 RealSense aside, the tablet itself is very light. Weighing in at a reported 305 grams, it’s considerably lighter than the newest iPad Mini and its soft-touch back makes it very easy to hold. Performance is obviously hard to gauge based on only a few minutes of use, but the 8.4-inch 2560 x 1600 OLED screen boasts vivid colours and deep blacks. Under the hood you’ve got Intel’s own quad core Atom Z3580 with 2GB of RAM, 16GB of storage, and support for up to 512GB via microSD. The 8MP camera was quick to capture, and the RealSense UI was relatively responsive and easy to use once we figured out how.