Toshiba has its own smartglasses for the enterprise market 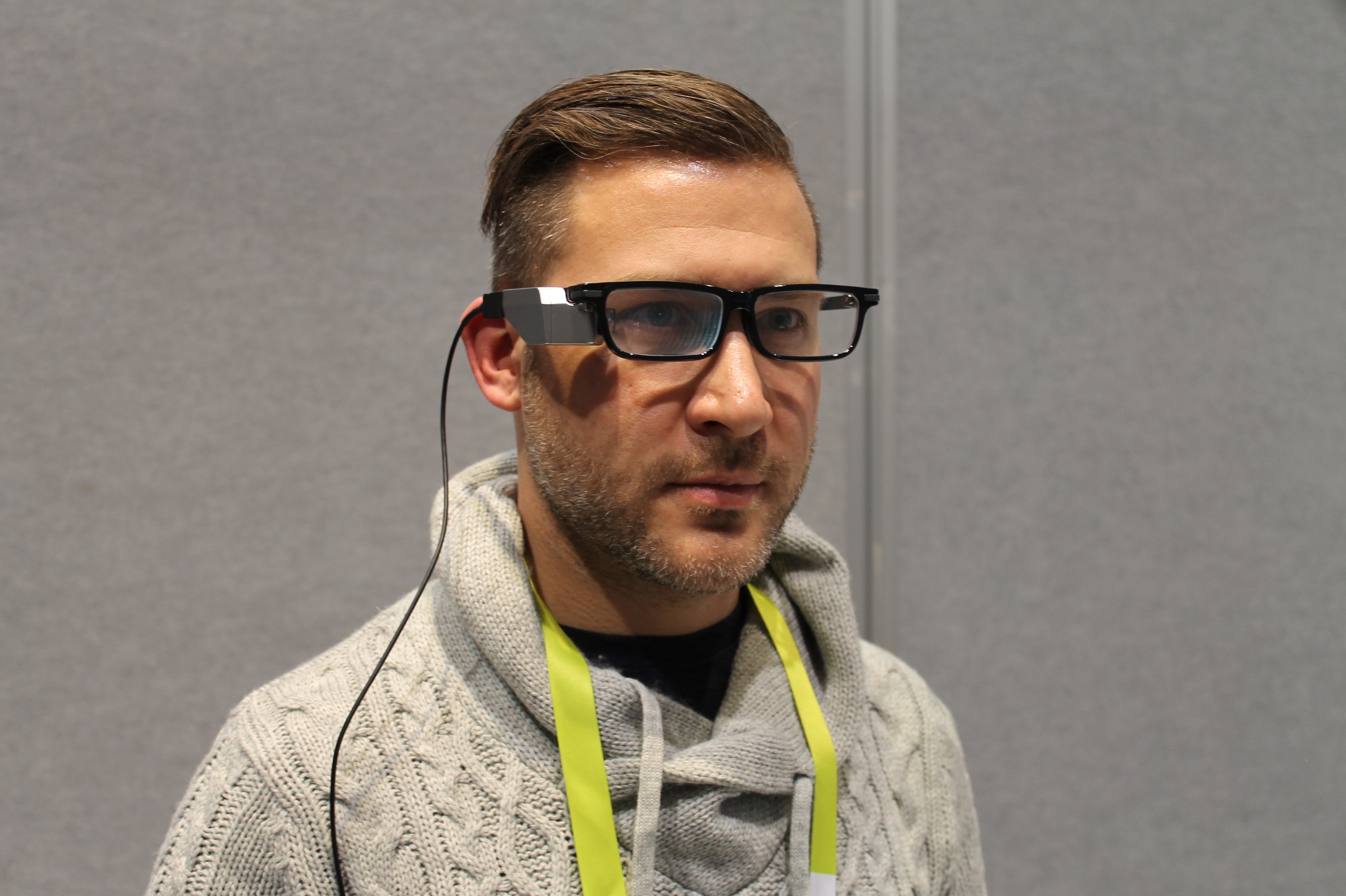 Toshiba is getting into the smart glasses space. The Japanese tech giant was displaying some of its more forward-thinking tech at CES this week including a talking and singing Android and a line of smartglasses called Toshiba Glass. The Android may be a concept but the Glass is a real product that Toshiba will be delivering to enterprise customers later this year.

Toshiba’s smartglasses are essentially a heads-up display similar to Google Glass. The glasses present information to users allowing them to keep their head positioned “up” and looking forward instead of looking down at a computer or smartphone. They also allow users to access this information hands-free. But unlike Google Glass or Sony’s SmartEyeglass Attach, which was also shown at CES this week, Toshiba’s Glass does not feature a display that sits apart from the glasses but instead projects the screen on the lens directly. 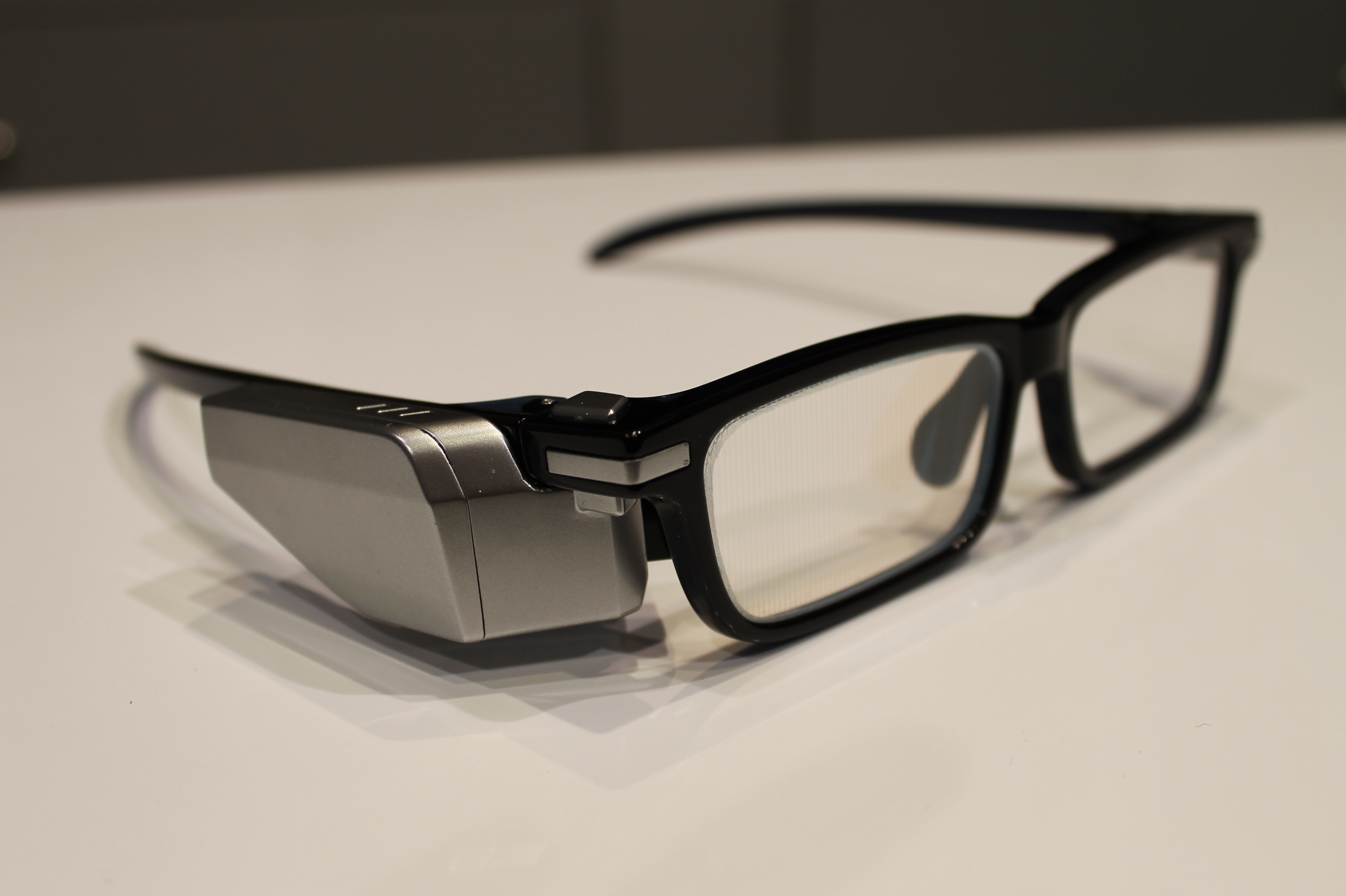 The projection module, which sits on the side of the glasses, features Toshiba’s proprietary projection technology and can be removed. This doesn’t mean that it can be used on any pair of glasses however. The projector sends the image to a special lens that has subtle cuts in the glass to reflect the projection. Right now the screen is in the right eye but Toshiba says they are considering the ability to have it in different eyes or in both eyes depending on the needs of the customer. When the projector module is removed, the cuts in the glass aren’t extremely obvious which leaves the user with a pretty average pair of glasses. 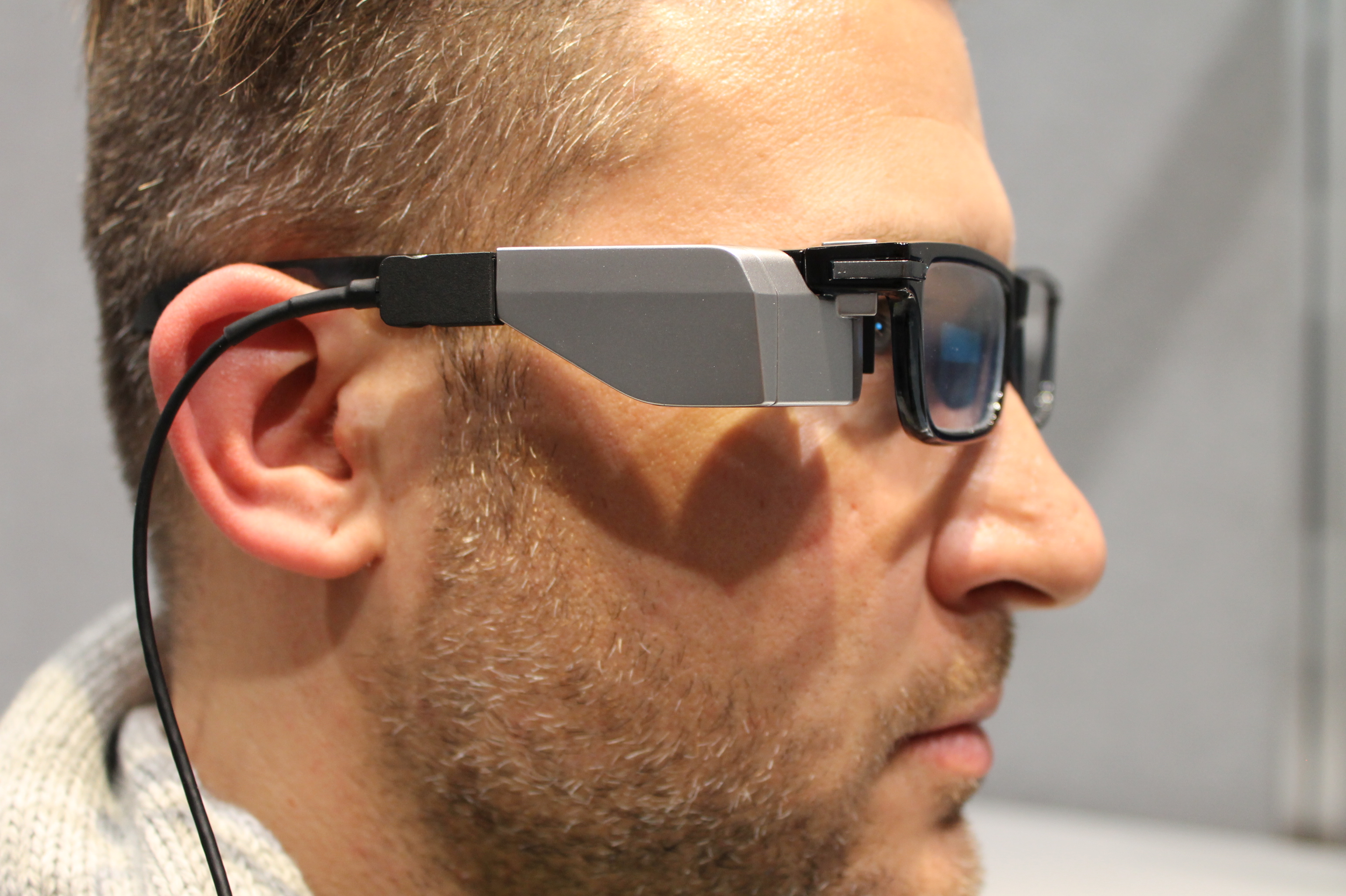 The smartglasses weigh 42 grams, pretty much like a regular pair of sunglasses which isn’t surprising seeing that the only hardware outside of the frames is the module. Toshiba Glass is a tethered device and it receives both the information and power from another device. For the purposes of the demo at CES this device as a PC, but Toshiba told us that in the future this could be a smartphone or a separate box, the latter is currently in development.

I was walked through four different scenarios in a demo of Toshiba Glass including a cooking scenario where I saw quick access to recipe information, and a warehouse version where I was shown an indoor map to help me locate inventory. The screen on the device was a sliver of what I was used to seeing on other devices, especially Google Glass, and it was square shaped rather than rectangular. I was told that the screen size could be customized depending on customers needs. The demo unit also had no ability to control the information I saw but Toshiba is looking at various inputs such as voice and gesture. 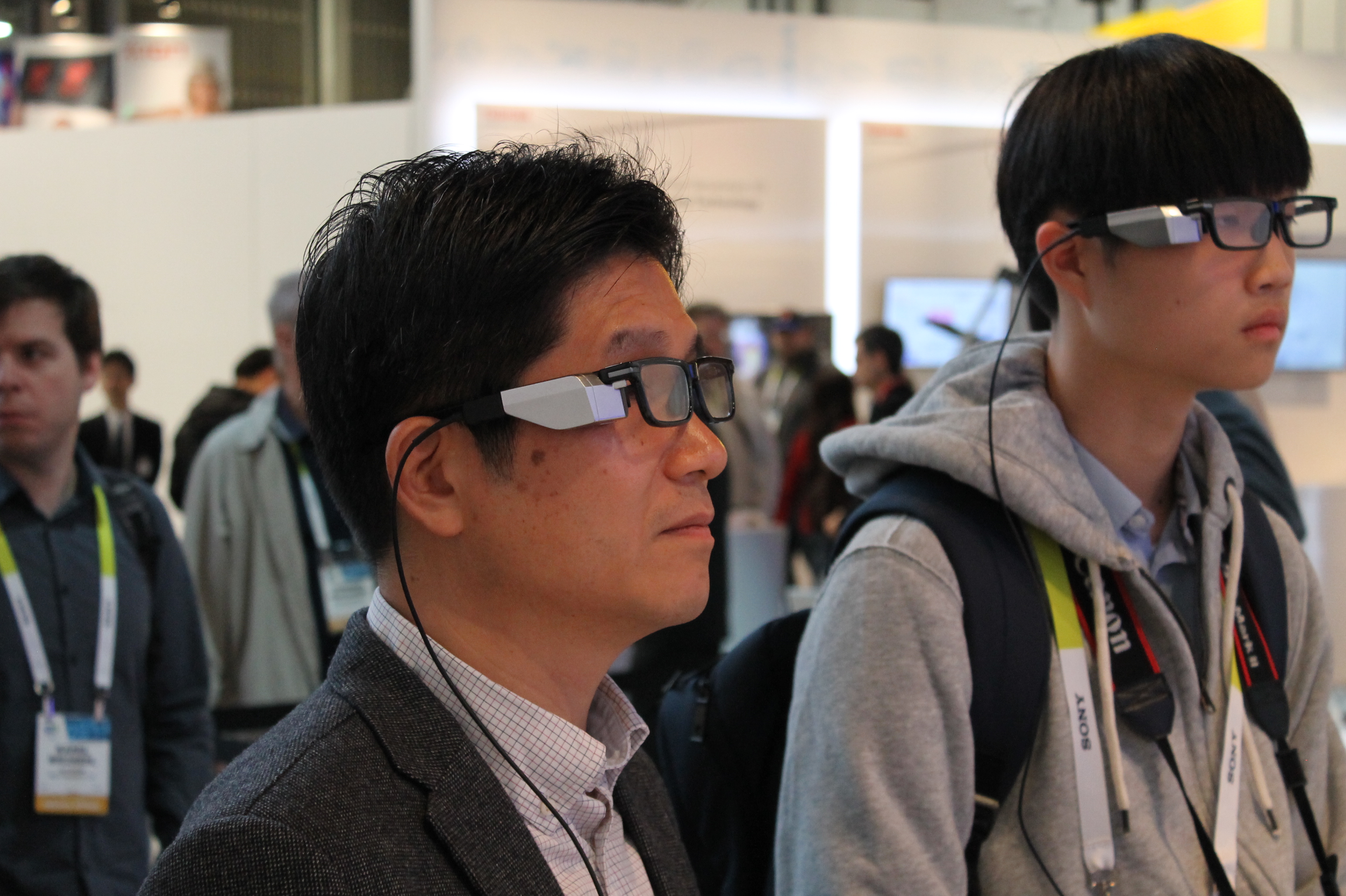 Toshiba is planning to launch its Glass later this year in Japan as an enterprise solution customized for each customer, and in fact they are already talking to some interested companies. Toshiba will work with each specific client to use its technology to develop custom smartglasses specific to their needs including monocular, binocular or different styles such as goggles. Outside of business, Toshiba has no specific release date to deliver this device to the masses but did confirm that they do intend to release a consumer version in the future.