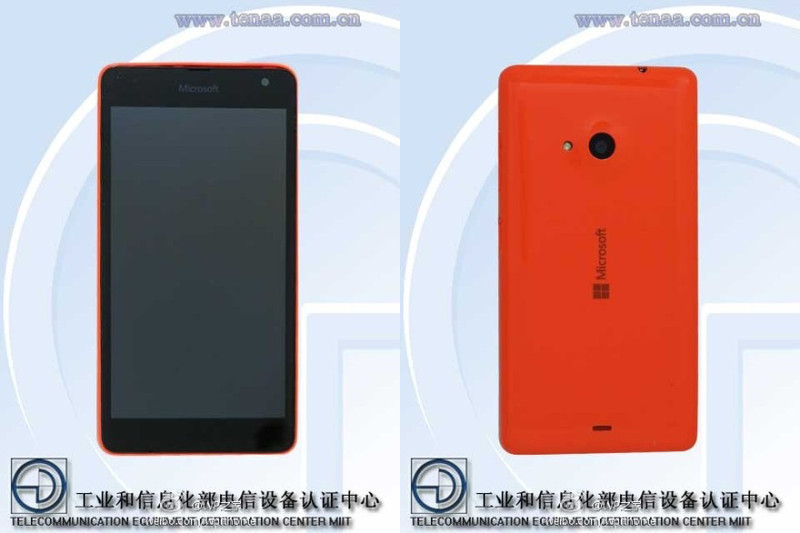 Last month, Microsoft confirmed rumours that it would drop ‘Nokia’ from its Lumia branding. Instead, its Lumia handsets going forward would be branded ‘Microsoft Lumia.’

We got our first peek at the Microsoft Lumia branding in the Nokia Conversations blog post announcing the branding change. The images used in that post teased us with glimpses of two future devices, one orange and one green, though neither image showed the phones in full.

Now, just a couple of weeks later, we’re seeing a full length photo of what looks like the orange device Microsoft used in its blog post. Windows Central reports that the images above are of the RM-1090, the first device to carry Microsoft Lumia branding. The photos are from China’s telecoms equipment certification centre, TENAA, and were first spotted on Weibo.

Previous rumours point to the RM-1090 being a budget-friendly device with a 5-inch 960×540 pixel display and dual-SIM slots. Though Microsoft has yet to confirm the existence of this device, the fact that it’s slowly checking in at regulatory authorities around the world (last month it was the FCC) means it can’t be too far off.