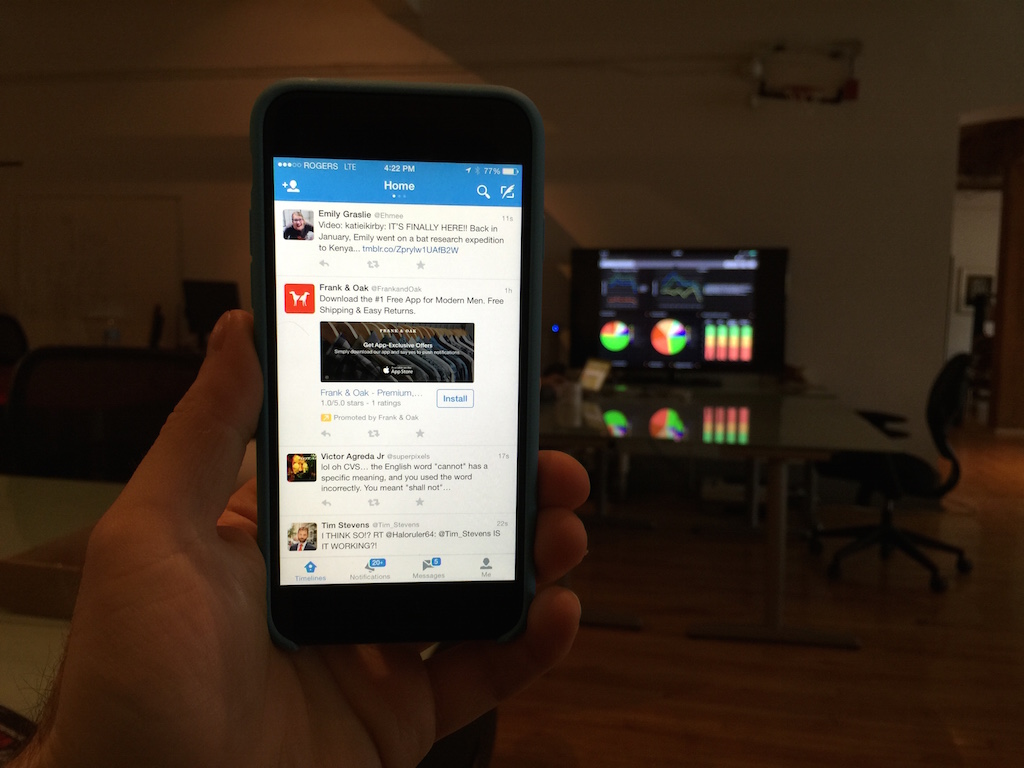 Twitter posted its Q3 2014 earnings today and the news is good but certainly not great for investors.

The company now has 284 million active monthly users, 80% of which are on mobile. User growth has slowed compared to the previous two quarters, though advertising revenue, 85% of which is generated from mobile, increased 83% year-over-year to $1.77 per person. 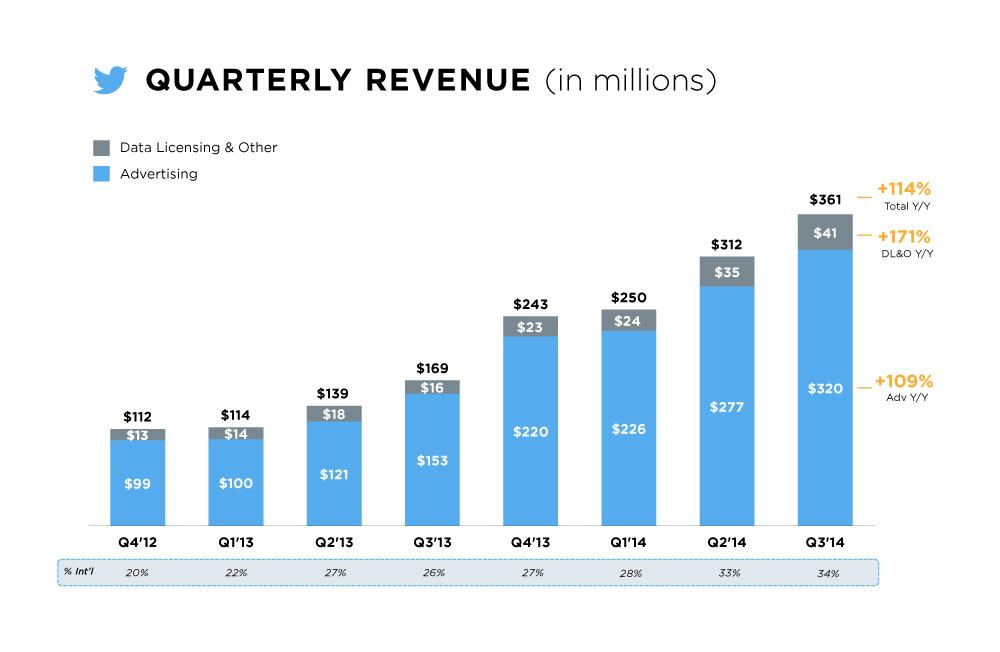 Twitter lost $175 million for the quarter compared to $65 million the same period last year, but the company is promising higher revenues for Q4 along with a narrower loss.