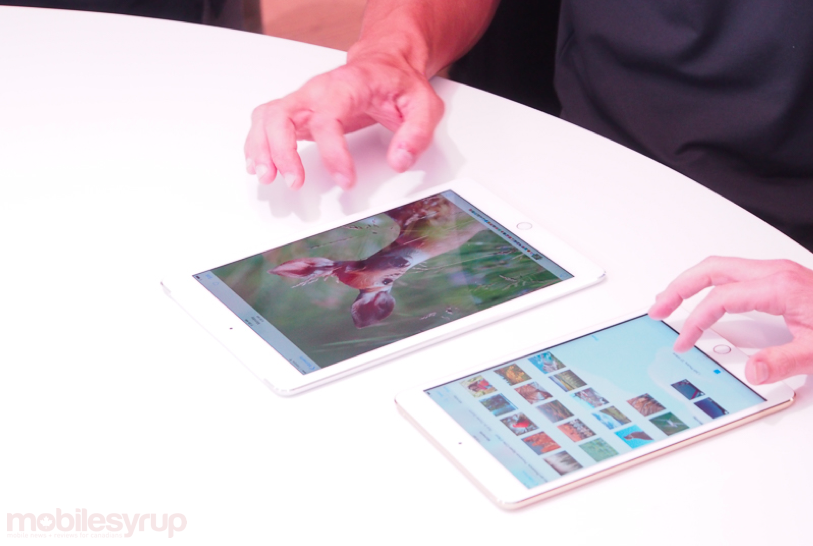 The iPad Air 2 and iPad mini 3 are now available to pre-order from the Canadian online Apple Store.

Beginning at $549 for the 16GB WiFi version and going up to $899 for the 128GB WiFi + Cellular version, the iPad Air 2 is thinner and more powerful than its predecessor, with improved front and rear cameras and faster wireless, and comes in a new shade, gold. It also sports Touch ID, Apple’s fingerprint sensor. 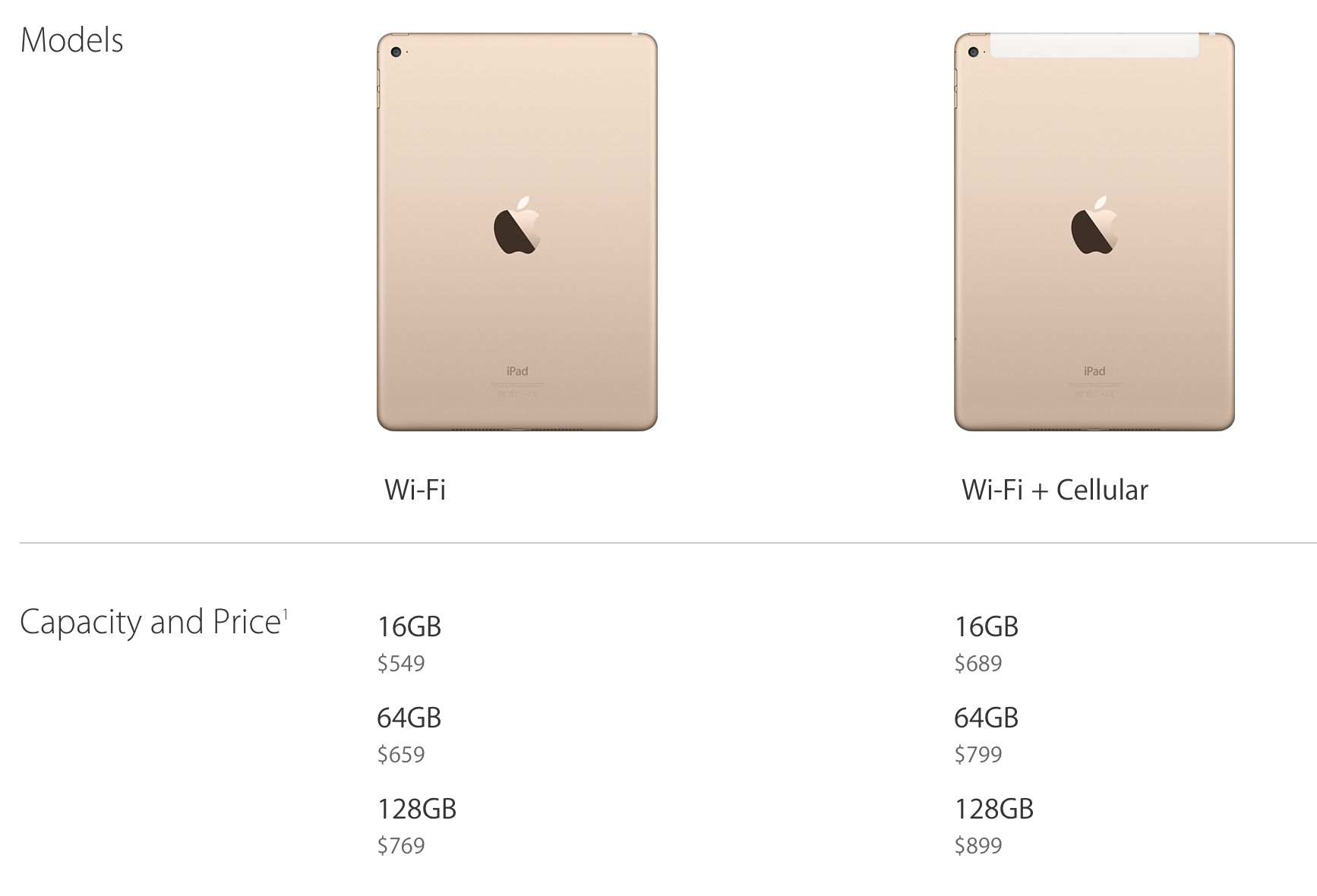 The iPad mini 3 is not quite the upgrade of its Air 2 equivalent, but adds the gold option and Touch ID. It is available from $439 for the 16GB WiFi version, rising to $799 for the 128GB WiFi + Cellular model. 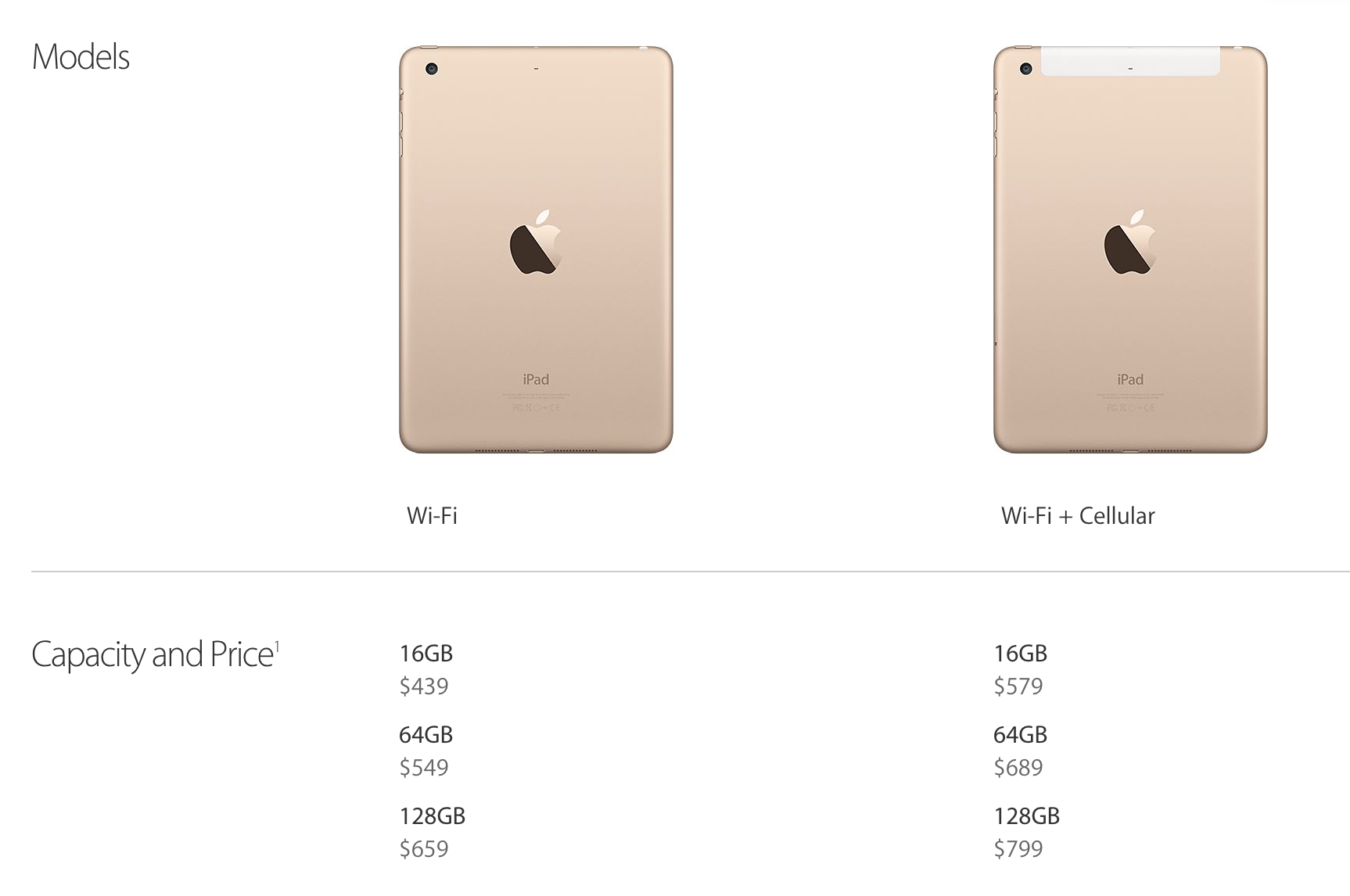 Neither iPad supports Apple’s intriguing new built-in SIM card option on Canadian carriers, and the iPad mini 3 feels like a missed upgrade opportunity, but the iPad Air 2 should appease those looking for Apple’s best tablet.

Unless you need the Touch ID (and you probably don’t, at least not on a tablet), your best tablet bet from Apple is the $329 16GB iPad mini 2, AKA iPad mini with Retina. It’s a great tablet, and almost identical to its successor, and comes in $110 cheaper than the entry-level iPad mini 3.

Apple isn’t being specific about shipping dates for the new slates, but claims that the new iPads will begin delivering to customers towards the end of next week.