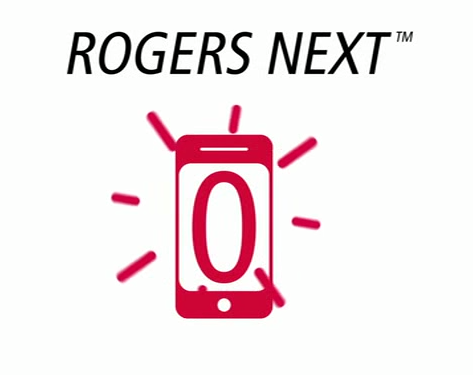 It looks like the life of Rogers Next was short lived. According to sources, Rogers has discontinued the program effective today, October 17th.

Announced in February of this year and launched in March, Rogers Next is an early upgrade subscription program that allowed users to trade in their smartphone for a new device after 12 months. This means Rogers Next will shut down before it even celebrates its first birthday.

Sources informed us that the program will be discontinued, but existing customers will be able to continue on by paying their monthly Next fee until they’ve fulfilled the necessary 12 consecutive months of payments. After that, they’ll be eligible for a $0 upgrade on a new 2-year contract. 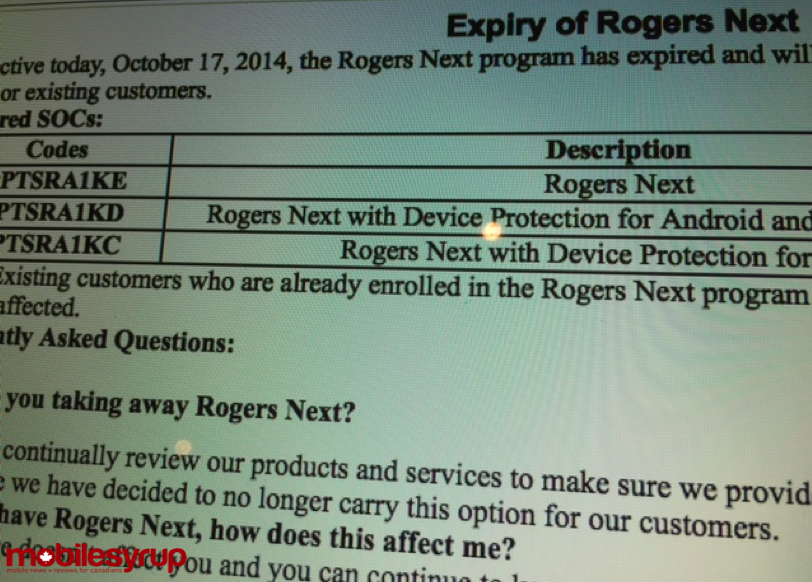 According to an internal doc we received, Rogers says that “We continually review our products and services to make sure we provide the best solutions for our customers. At this time we have decided to no longer carry this option for our customers.”

Perhaps there was a lack of interest. The biggest concern was that users had to hand back the phone they had purchased just 12 months before in order to get their new device. A phone that could have been sold for the cost of the program ($300 per year) and then some.

Update: Twitter user Ben Klass has pointed us towards a joint application filed by the Public Interest Advocacy Centre and the Consumers’ Association of Canada that challenges Rogers Next as well as TELUS’s T-Up program, which launched last year.

The two consumer groups filed their application in June and argue that these types of monthly fees or deposits for a new device violate the CRTC’s Wireless Code because they’re not refundable.

Indeed, while our information indicates that current subscribers to Rogers Next are allowed to continue their monthly payments in exchange for a new device one year later, it doesn’t mention anything about customers who wish to leave the program now that it’s been canned.

The PIAC and CAC’s complaint from this past summer is based on the fact that customers can’t refund payments if they want to leave the program (or Rogers). The two consumer groups said that because the monthly fees were non-refundable, they acted as a deterrent for customers looking to switch carriers, especially since customers would lose that money and also have to pay off any remaining balance on their current handset.

“These programs convince people to throw good money after bad, and lock customers into a perpetual cycle of contract renewals with their current service provider, which lessens wireless competition and consumer choice,” Bruce Cran, President of CAC said at the time of the filing.

The answer, according to the CAC and PIAC, is simple. Their filing asked the CRTC to order that all deposits be made “fully refundable, with interest, at any time.” They also said Rogers and TELUS should have to return any fees from previously cancelled deposit plans.

Rogers Next is no longer available, and it’s not clear if the above complaint was a catalyst for sudden death. However, the point from said complaint still stands: currently enrolled customers will no doubt feel pressured to continue paying their monthly fee because they can’t leave or refund their payments. TELUS, meanwhile, has yet to comment, and its T-UP program remains available.

Read more: Is Rogers Next really the great deal it claims to be?