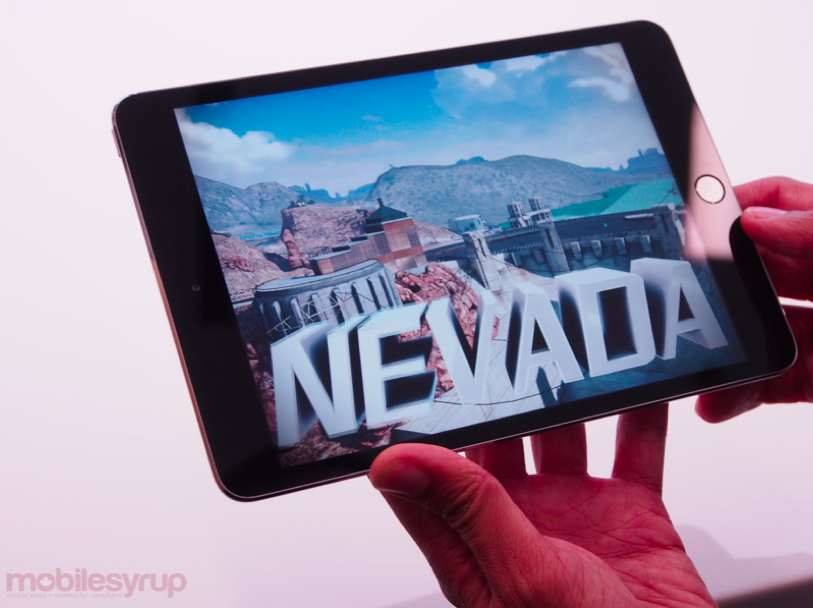 One month on from its iPhone 6, iPhone 6 Plus, iOS 8, and Apple Watch announcement, Apple has returned with a new mobile device for us. With 2014 drawing to a close it was time for Apple to update its iPad line and the company this morning announced a new version of the iPad Air that is also available in gold. 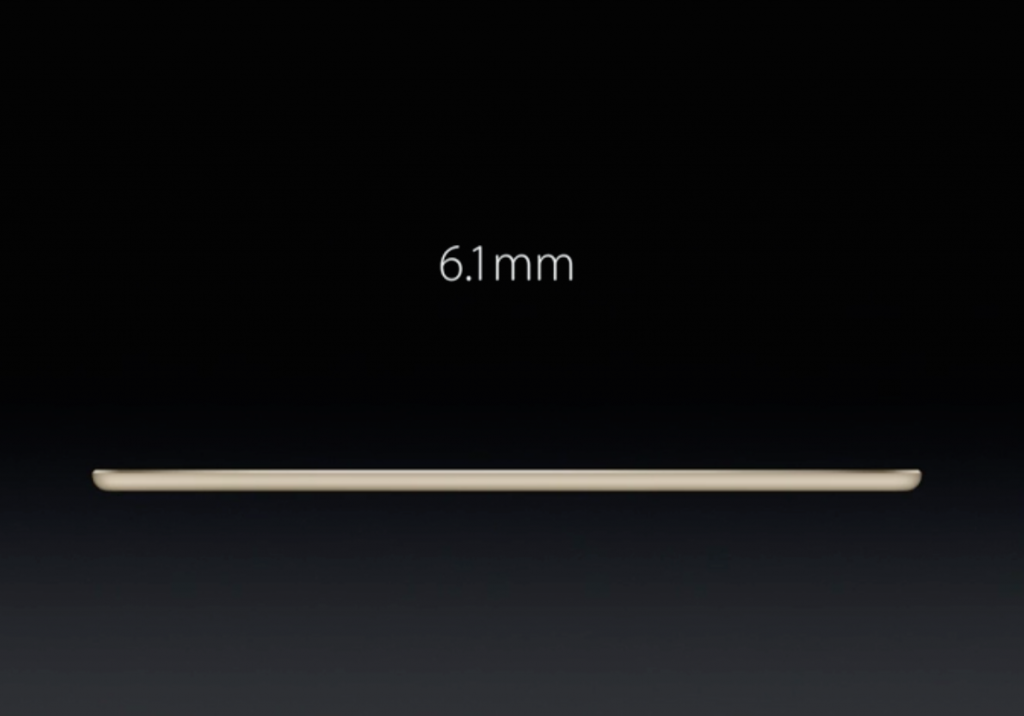 As rumoured, Apple’s ‘It’s been way too long’ event focused on the new iPad. The iPad Air  2 is even thinner than before and is 18% slimmer than the first generation iPad Air. It’s the world’s thinnest tablet, Apple was achieved this by eliminating gaps between the LCD, glass, and touch sensor, laminating them to form a single component. The display also now has an anti-reflective coating, which Apple’s Phil Schiller says reduces reflections on the display by more than 50%. 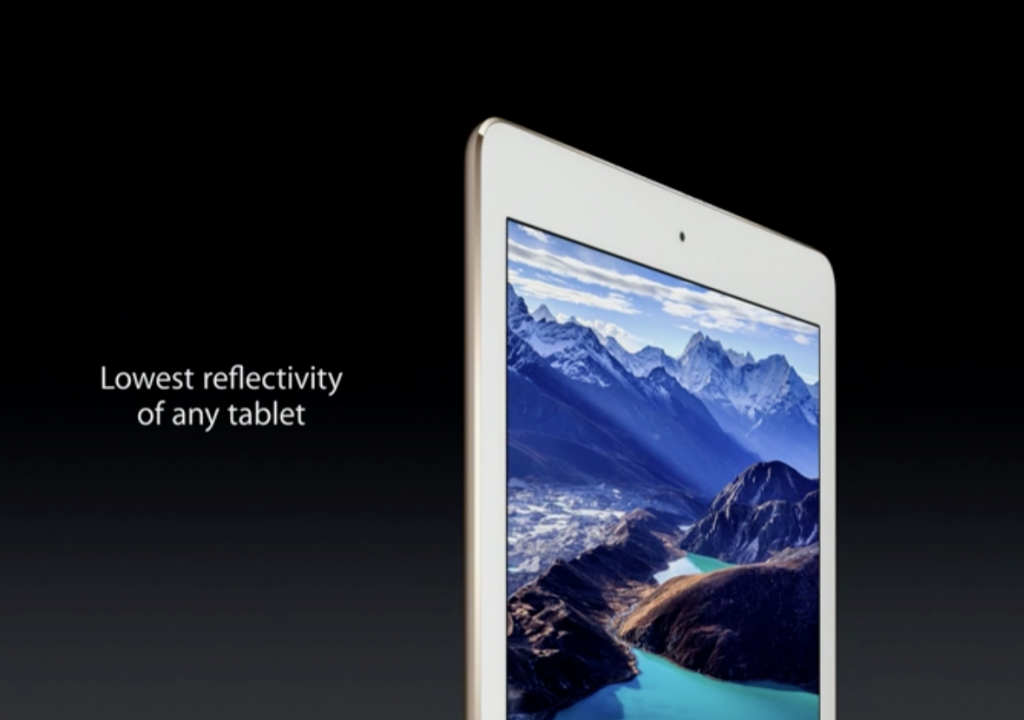 The brains of the new iPad Air 2 is an Apple-branded A8X chip with Apple’s M8 motion coprocessor. This is based on Apple’s second generation 64-bit architecture and features 3 billion transistors and is CPU performance is up to 12X faster than the original iPad and graphics performance is 180X the performance possible with the first gen iPad. 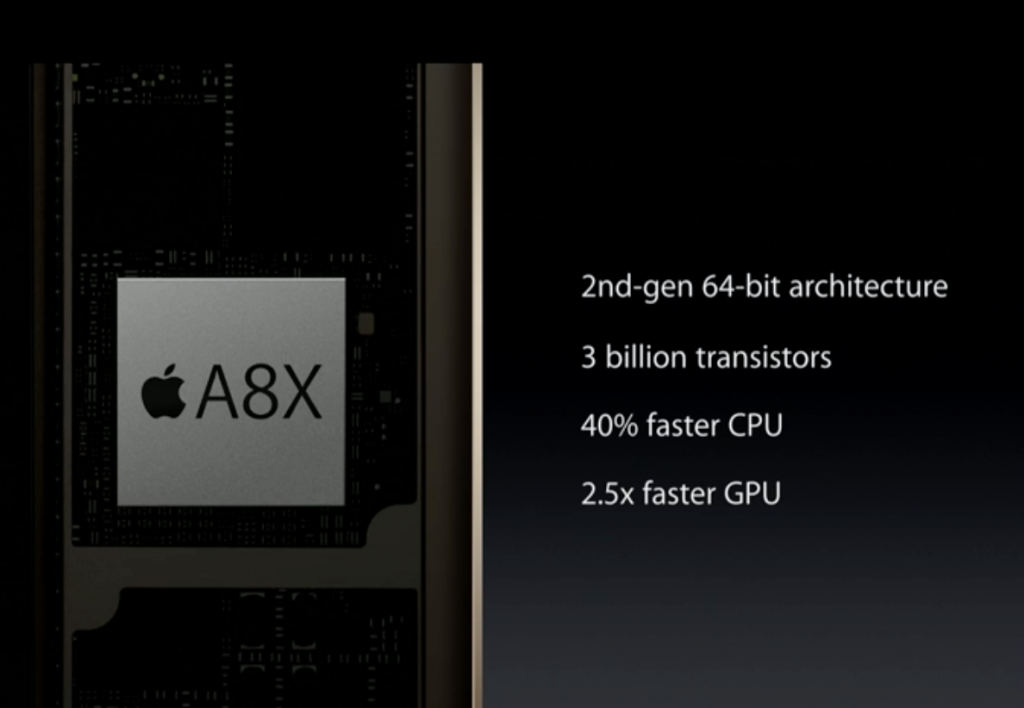 The iPad Air’s camera is also getting an upgrade. The iSight camera now has an 8MP iSight camera with f/2.4 aperture and 1080p HD video as well as slo-mo video, burst shots, single-shot HDR, and HDR videos.

As rumoured, the iPad Air 2 also comes with integrated support for Touch ID, which means you can unlock your device with just your fingerprint and pay with Apple Pay. Touch ID is something that has been available on the iPhone for some time and was noticeably absent from Apple’s tablet line. 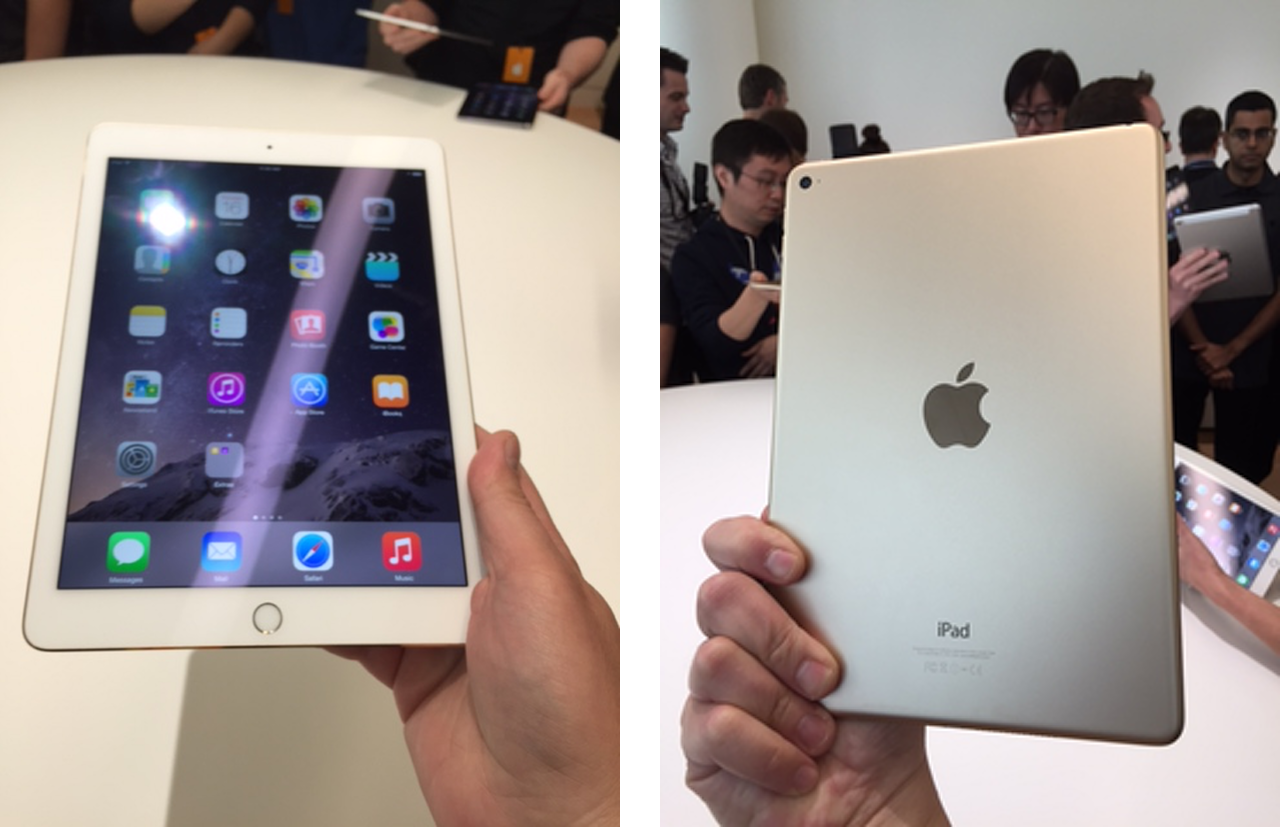 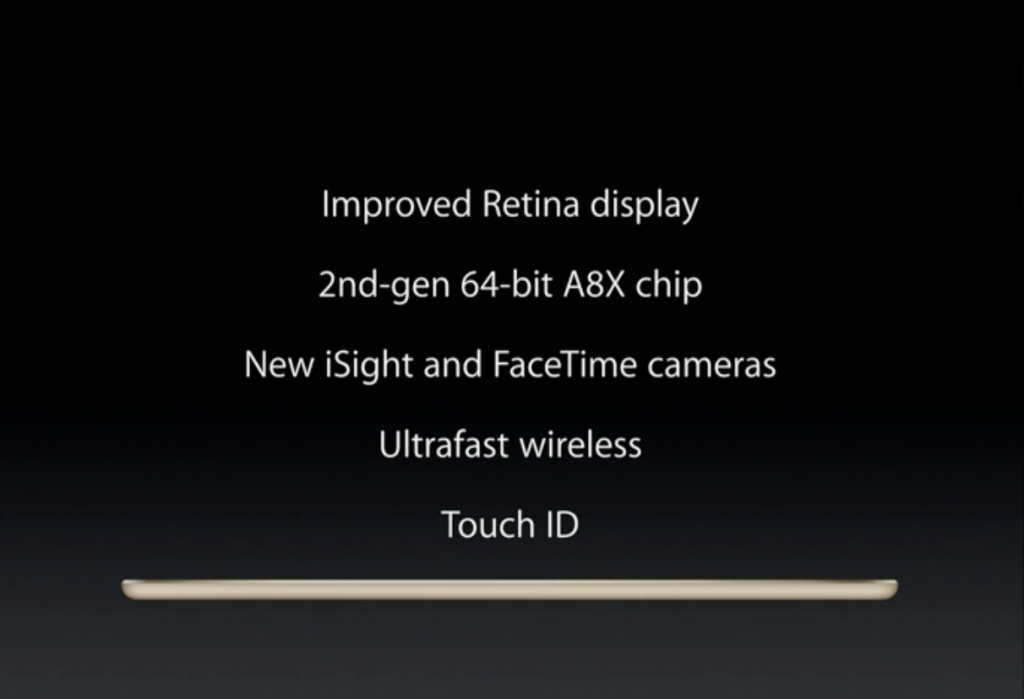 Of course, one is the loneliest number, and Apple didn’t just update the iPad Air. The iPad mini is also getting an update, bringing the smaller tablet to its third generation. Also available in silver, space grey, and gold, the iPad mini didn’t get a ton of air time during today’s event (Apple spent a lot of time on the Air 2). We’re assuming that means there’s no significant design changes here. The iPad mini 3 will start at $439 CAD for the 16GB model. The 64GB and 128GB models will cost $549 CAD and $659 CAD, respectively. 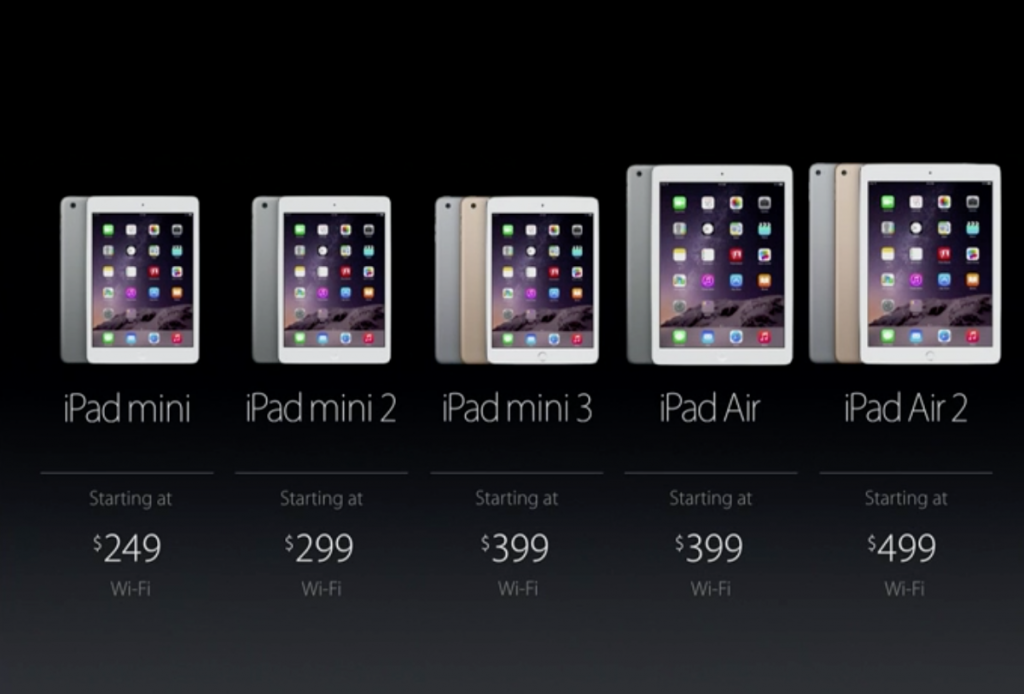 Both the iPad Air 2 and the iPad mini 3 will go up for pre-order tomorrow and the tablets will ship next week. The iPad Air first-gen and the iPad mini 2 (also known as the Retina mini) will drop by $100 and Apple says it plans to keep these models around (it doesn’t sound like a while stocks last deal). Starting price for the iPad mini 2 is now $299, while the original Air starts at $399. The original iPad mini is also going to be available, and it will start at $249.