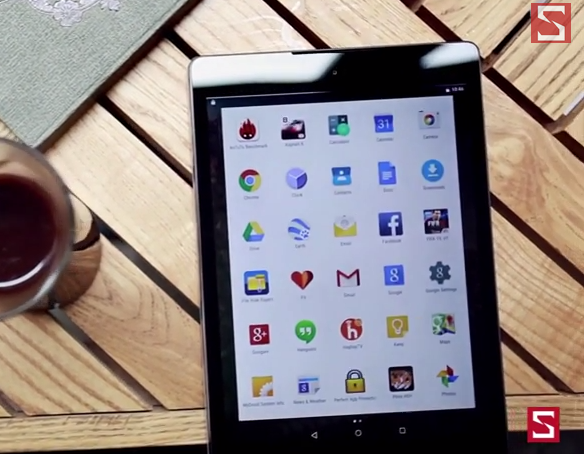 It’s been just over 24 hours since Google officially unveiled the Nexus 9 and we’re already seeing our first hands on footage of the device.

The clip in question comes courtesy of Vietnamese YouTube channel Cellphone S and shows Google’s latest tablet in all its glory. As we saw yesterday, the device looks a lot like the Nexus 5. Cellphone S describes the tablet as smaller and lighter than the iPad Air and says it feels solid thanks to the metal frame.

Perhaps most interestingly, we see our first glimpse of what photos captured with the Nexus 9’s 8MP camera. Though it’s hard to pass judgement without any comparison shots (or any idea of how the scenes looked with the naked eye),though details look crisp and the one potentially low light situation looks clear.

We also spotted a Google Fit logo on the homescreen. Officially unveiled at Google I/O earlier this year, the app will act as a central hub for your fitness data across multiple applications. Google Fit is scheduled to make its full debut in Android L when it arrives in early November and will ship with both the Nexus 9 and the Nexus 6 when they go up for pre-order later this month.