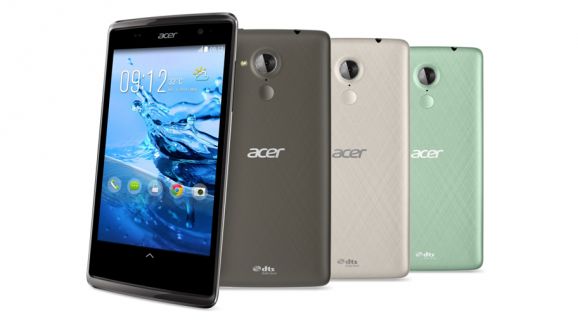 You might not be able to hear much over all the noise Samsung is making but there are other companies at IFA in Berlin and a lot of them are showing off new devices. The show doesn’t officially start for two more days but Acer is joining the likes of Samsung, Sony, Microsoft, and LG by announcing its products well in advance of the show. The company today debuted the Liquid Z500, a brand new smartphone aimed at the budget-conscious shopper.

Specswise, Acer isn’t telling us much. In fact, it’s not telling us much about the device in general. The company was willing to say the device packs a 5-inch HD IPS panel and an 8MP camera but didn’t go much farther than that, other than to say it would be available in black, silver, and the same pale green we saw with the Liquid Jade earlier this year.

What we do know is that Acer hopes to target music lovers with this device, and is pitching it as “the best entertainment anytime and anywhere.” The company promises “CD quality” audio, which means support for 16 bit, 44KHz FLAC or WAV playback if you’re Acer.

Priced at €149, the Liquid Z500 will launch in Europe in just a few weeks’ time. Acer hasn’t mentioned anything about a North American launch.