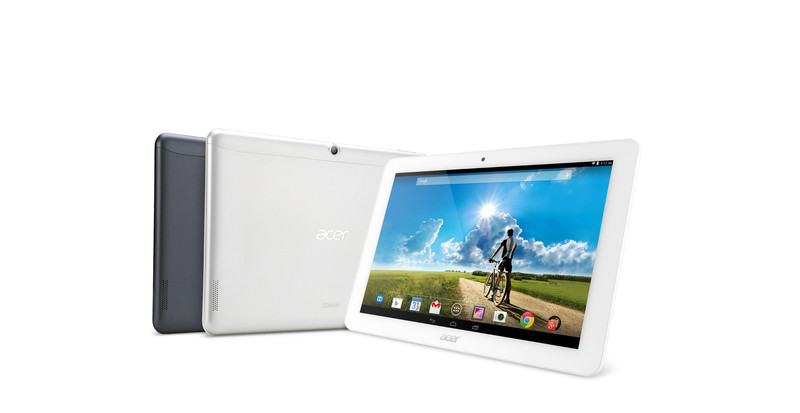 Acer kicked off its week at IFA with three new Iconia tablets including one that runs on a MediaTek processor and two that powered by Intel’s Atom SoC. There’s Android and Windows offerings in there too, thanks to the presence of the Iconia 8 W.

The Iconia Tab 10 (pictured above) and Iconia One 8 are both Android devices, though the the former runs on a quad-core MediaTek processor while the latter runs on a Intel’s power-efficient Z3735G Atom. The Windows-powered Iconia Tab 8 W is also based on Intel’s  Z3735G.

The Iconia Tab 8 W boasts an 8-inch 1280 x 800 HD display, features front- and rear-facing cameras, dual stereo speakers, and weighs in at just under a pound. It ships with Windows 8.1. The Iconia One 8 sounds like almost the same device but packaged with Android 4.4 instead of Windows 8.1. Acer wasn’t exactly generous with the specs, so it’s hard to tell what the differences in hardware are, though the Android version is a little bit lighter.

Acer Iconia A500 will get Android 4.0 upgrade starting April 27th, A100 coming early May