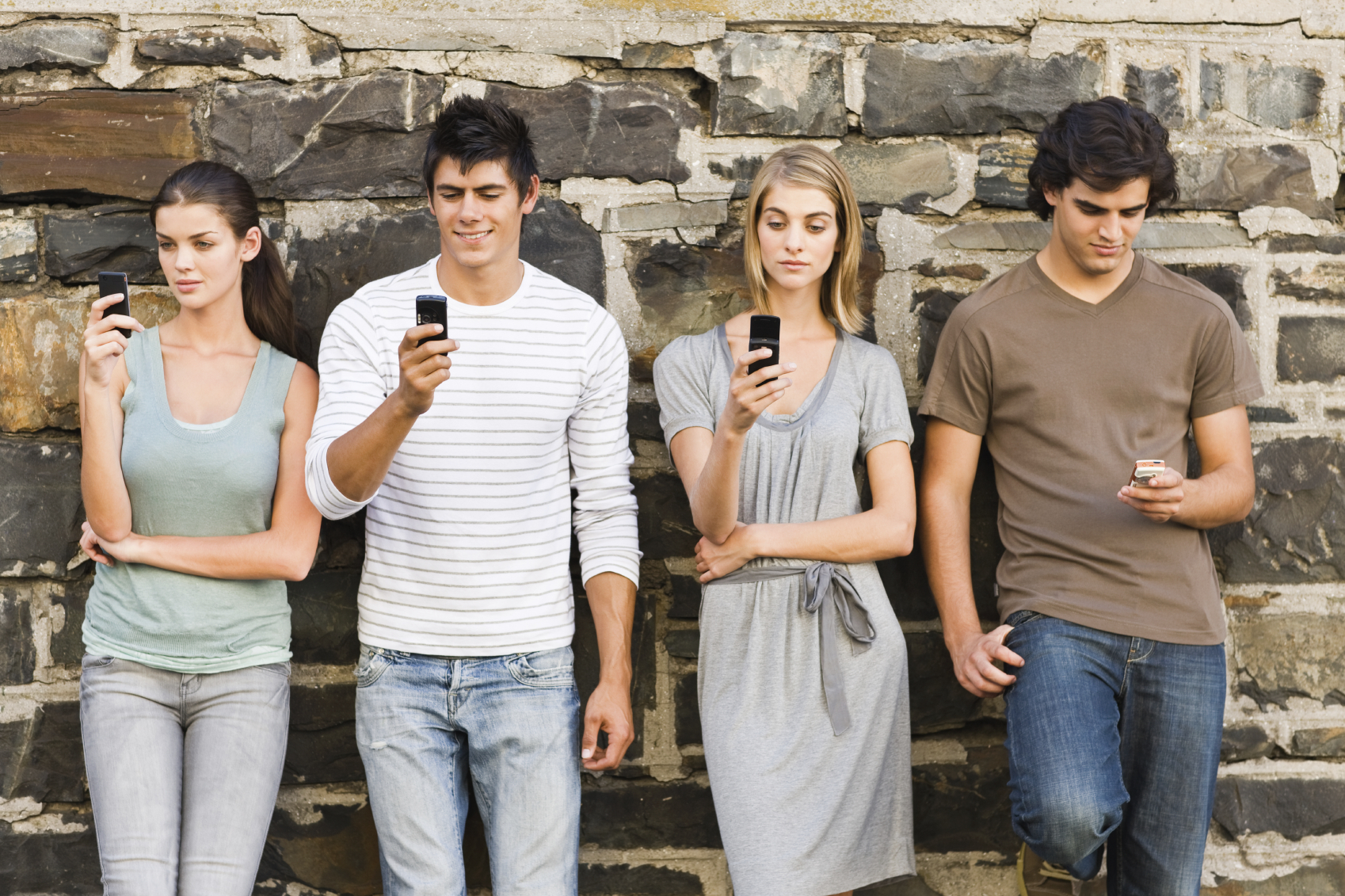 This week, Douglas and Jane walk discuss dating in the technological era, and when it’s not okay to tweet.

Douglas Soltys: Jane, I like women. And if 30 years of experience in liking women has taught me one thing (and likely only one thing), it’s that there are certain rules to courtship which do not necessarily coincide with a love of technology.

At the behest of Daniel (who, now engaged, remembers nothing of courtship), I have been spending time using his Pebble smartwatch to raise my wearables game. I generally find the device too limited to be worth the asking price or the effort. But the Pebble’s notification triage has proved surprisingly valuable when on dates, saving me from the Catch-22 of either pulling out my phone and acting like a total ass or silently suffering the loss of connectivity with my digital self.

I had worried that my constant glances towards the blocky timepiece would be seen as a lack of interest, but it went unnoticed. What was noticed, however, was a perceived Arthurian chivalry which pre-empted any symptoms of smartphone addiction. Technology had turned me (briefly) into a gentleman.

Now, I’m not saying that’s worth the Pebble’s $150 asking price, but I’m very interested in the shifting social norms of technology. Ten years ago, pulling out a smartphone during a date was a demonstration of your power, connectedness, and import. Now, it means you’re an asshat, even if the person across from you doesn’t notice because they are doing the same.

Dearest Jane, what are your current social expectations are for technology, and do you expect more or less from your significant other because of your profession?

Ten years ago, pulling out a smartphone during a date was a demonstration of your power, connectedness, and import. Now, it means you’re an asshat.

Jane McEntegart: Douglas, I hate to break it to you, but she probably noticed! Today’s rude awakening (no pun intended) comes in the form of none other than Daniel Bader.

Like Daniel, courtship is but a distant memory for me, so I have to draw on my experiences with new people in general as opposed to my experiences in dating. When I first hung out with Daniel, I noticed he was constantly checking his watch. Was he late? Did he need to go somewhere? Was I that boring? About half way through our encounter, I realised he was checking his Pebble. I don’t think I would have felt so affronted had he been checking his phone. Once I recognized that he was just checking his notifications, I felt a lot better. Especially because he couldn’t actually act on anything from his watch anyway.

I guess that ties in to my profession in a way, because I have a higher tolerance than most when it comes to phone use during one-on-one interactions. I spend a lot of time on my phone so it would be fallacious to expect those in my company to disconnect completely. I am trying to improve, because I know it’s rude and annoying and drives people crazy, but even with the addition of a Gear Live, I find myself sitting on my hands in an attempt to stop the notification itch from getting the best of me.

There are some people who don’t try, though, and I those are the people I cannot stand. I can’t abide by any man who will take out his phone while I am mid-sentence and nod, “Uh huh, uh huh,” while he is texting. It’s worse when I realise the person I am with has been tweeting while I am talking. I can never decide if it is more annoying when they’re tweeting about our night (the restaurant, or even me) or something unrelated.

Douglas: That’s true, although what ‘being a total ass’ means has evolved as smartphone use has become pervasive enough to establish social mores. While my date was impressed by my ‘fancy watch’ once I explained its capabilities to her, I could easily see that changing to annoyance once the novelty of wearables has worn off. It could give a whole new meaning to the term ‘glasshole’.

While I was waiting for you to respond, I did a quick poll of the coffee shop patrons next to me. Most agreed that the above behaviour is no longer acceptable in 2014, but some admitted to an interesting twist: using poor tech etiquette to indicate a lack of romantic interest, or to avoid an awkward situation. While I am not a fan of the former (especially when it’s so much easier to yell “look over there!” and then run in the opposite direction), I am especially guilty of the latter. I can’t count the times a quick checking of a phantom notification has saved me from making eye contact with someone I’d prefer to avoid, or a fake phone call has allowed me to cut short an unwanted conversation.

So what about you, Jane? What tech faux pas have you employed to escape awkward situations?

Jane: I have, on more than one occasion, called a girlfriend with an “emergency” to help her get out of a dire date. I’ve also received bad news on my phone and peaced out on a guy who was being extremely rude. On the flip side, I’ve had a guy “break up” with me via MySpace relationship status (bunny quotes because my bruised ego maintains we weren’t really dating). It wasn’t nice! Someone has to be pretty terrible to deserve that kind of treatment, I think.

Maybe in these situations it would be much better for everyone if we just told the truth or got on with it. Tell your rude date off and flounce away. At least they’d know you were annoyed and you’d never have to talk to them again! They might even learn from it. You could also just say hello to that person on the street or blank them entirely. Sure, it wouldn’t be pleasant, but your overall problem would be solved for good, right? If you don’t have the balls to rip off the band-aid yourself, don’t you deserve to be in that situation?

Are these feigned technological faux pas the social equivalent of ‘give a man a fish” as opposed to us just learning how to deal with our feelings in a mature way that will benefit us long term? People have long said phones are making us less socially aware, but are they also turning us into crummier people?

Douglas: I think technology isn’t making us crummier, but is allowing crummy people to do it at a much greater scale. The digital connections that now bind us have turned bad blind dates and local bullying into trending topics and a national crisis. I sometimes feel that the worst thing you can do to a person in 2014 is publish something unwelcome on the Internet, whether it’s a justified character flaw, or perhaps simple human vulnerability.

As technology continues to give us better, stronger, more powerful fish, I think your prescription for truth is a welcome one. But I think we also have to realize that truths travel faster and father than ever before, and be careful of any zealous quests to stamp out crumminess – no one deserves to have some small personal foible follow them around for the rest of their lives.

Unless they answer a call from their ex-boyfriend while on a date. I hate that.