The making of the Samsung Galaxy Alpha 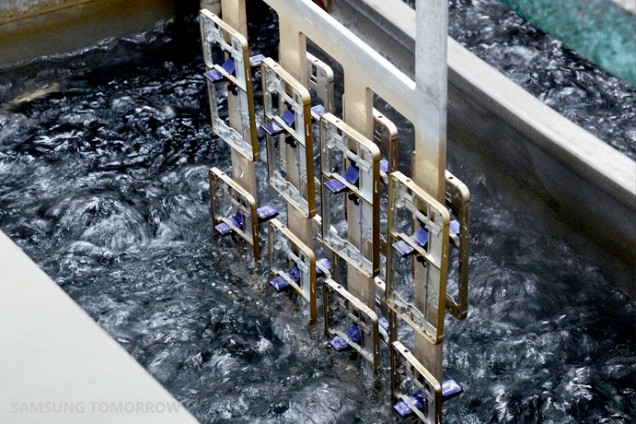 As far as specs are concerned, the Samsung Galaxy Alpha hasn’t set the world on fire. The outside of the device is a completely different story, though. Not only is it one of Samsung’s slimmest devices ever, it’s also the first Samsung device with a metal frame. As was the case with the curved Galaxy Round, the general consensus is that this phone is Samsung dipping its toes in the waters of metal construction. Instead of debuting a metal-framed flagship Note or Galaxy S, the company is testing the water with a phone that may or may not see a widespread launch and has little bearing on its bottom line.

Still, just because this isn’t a flagship, that doesn’t mean Samsung isn’t extremely proud of what it has done with the Alpha. The South Korean company today offered a little explainer on how it brought this device into existence. The company has posted an inside look at the production process for the device, which employs several computerized numerical control (CNC) processes including a colour anodizing process that tints the metal frame with the desired colour (Samsung will offer the phone in Charcoal Black, Dazzling White, Frosted Gold, Sleek Silver and Scuba Blue). 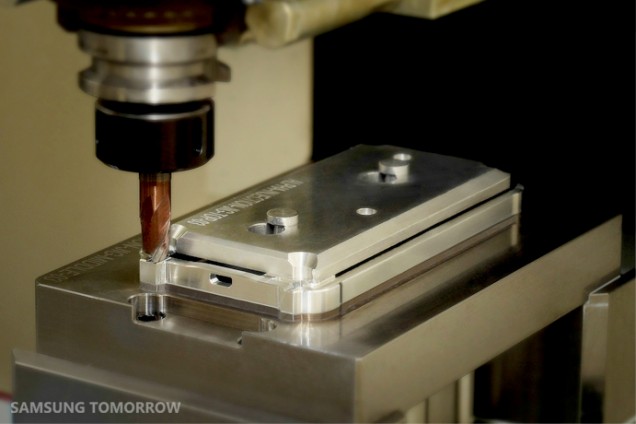 It starts with a rough carving of the device’s frame with spaces for the battery and other components formed to connect with the frame. The outer edge is then finished with the curved edges and spaces for the buttons and antenna. The device then undergoes the colour tinting process as well as a diamond cut that offers both shine and grip. 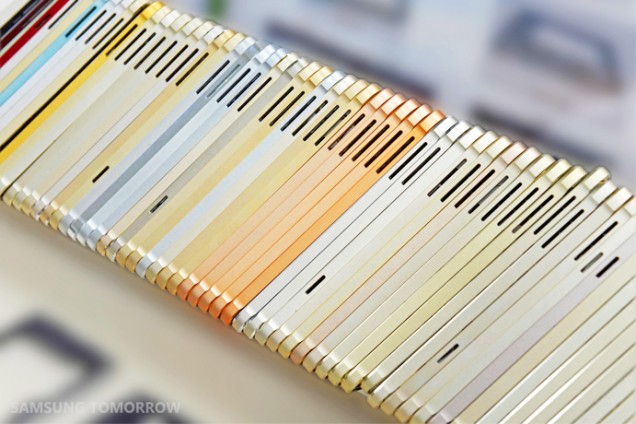 Samsung goes on to describe how the display is “seamlessly connected” to the frame but completely skips over the dimpled, plastic back and how that’s produced or incorporated into the design and construction process. 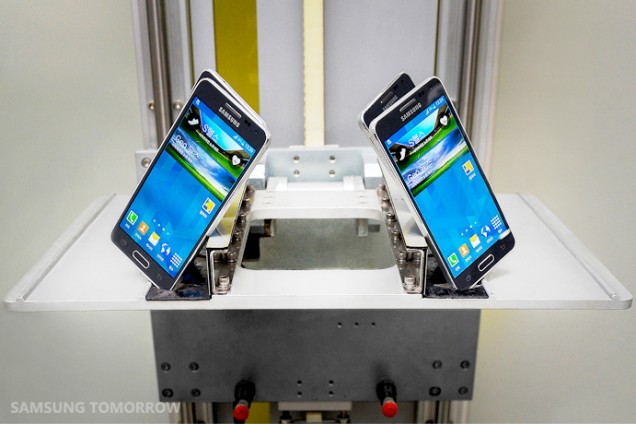 The Galaxy Alpha packs a 4.7-inch 1280×720 pixel Super AMOLED display, as well as Samsung’s own octa-core Exynos 5430 SoC with a 6-core Mali-T628 GPU and 2GB of RAM. There’s also a 12MP rear camera, Android 4.4.4, and an 1860mAh battery. Samsung hasn’t talked too much about availability, but the device is launching in September in the United Kingdom.