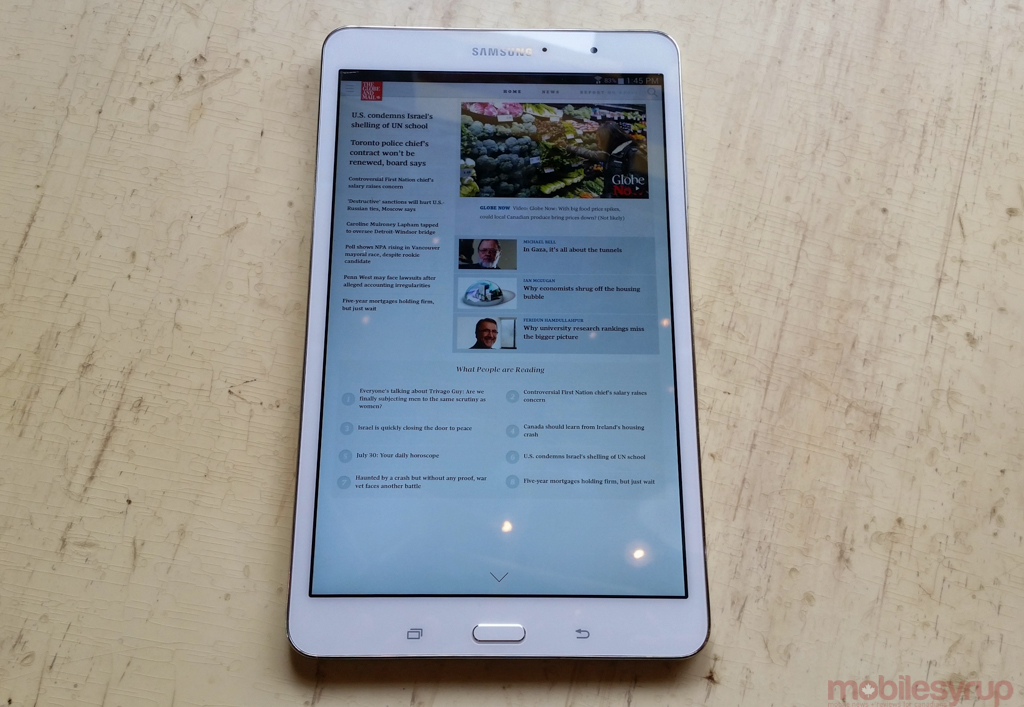 In what is indicative of the growing ennui pervading the new era of digital journalism, the press release for The Globe & Mail’s new Android tablet app spends more time talking about the large-size, high-resolution advertisements than the news content itself.

“The Globe and Mail Android Edition provides a high-impact option for advertisers to showcase their brand on Canada’s most authoritative source for news, commentary and analysis, with all ads being larger than standard IAB sizes, resulting in a very ad-friendly, visual design. This allows advertisers to promote their products to Globe readers on a higher quality, higher resolution, mobile platform,” reveals the release.

But the app’s place in the company’s strategy is both curious and exciting, especially as Android gains importance — and market share — across Canada. While The Globe currently offers an Android smartphone app, it has languished, both in design and features, behind its iPhone counterpart, and does not appear to be in active development.

The Globe’s Android tablet app was born from a collaboration with Samsung, which worked with the news organization to optimize the app for its new Tab S slates. Though we had no issues using the app on other tablets, the benefits to Tab S users are in the details: Globe is offering 12 months of free access for all users of Samsung’s newest tablet flagship, while others will only receive it free for six months, after which a monthly subscription will cost $7.99. A regular Globe Unlimited package, which encompasses all platforms, is $19.99 per month.

Still, the gambit is enormous, and the experimentation a testament to the Globe’s desire to branch out into new territory. The collaboration with Samsung began last August when the company’s new Chief Marketing Officer, Mark Childs, spoke to Angus Frame, Globe’s VP Digital Media and Technology, about adding value to the new tablets’ Galaxy Gifts program. While neither party will admit whether money changed hands in the transaction, it stands to reason that the Globe was incentivized to invest a substantial amount in the application, since traditionally Android has been a low priority in the company’s digital strategy.

The app itself is quite attractive, with an emphasis on “continuous scroll,” which allows users to pivot to the next piece of content by flicking vertically at the bottom of the article. Swiping horizontally reveals new content in another category, making it easy to flip through the latest edition as if it were a physical, finite document. 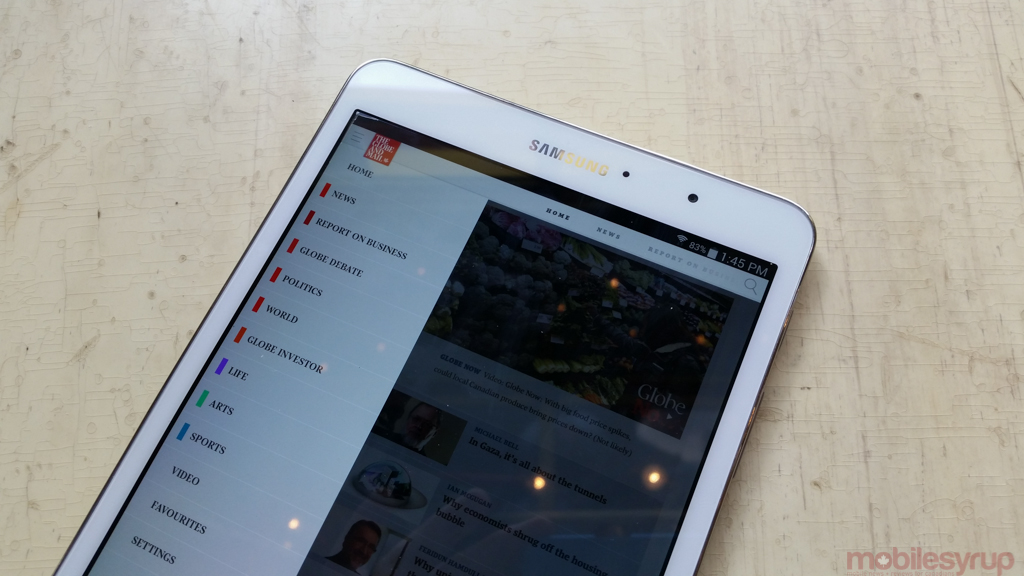 “With the Android tablet version, we had the freedom to explore new user experiences on a new platform,” said Cynthia Young, Director of Advertising Products. “We want to give readers the sensation of actually reading the news,” as opposed to the point-and-click paradigm that he refers to as ‘Web 1.0’. “We wanted it to be much more natural for the touchscreen environment we’re living in today,” she told me.

Though the new ad units have yet to be loaded into the 1.0 version of the app,  told me experience will be quite seamless, and unlike anything the Globe has done before. But the company has a few successful models to pull from, particularly The New York Times, which regularly experiments with both original news formatting and the types of advertising that best complement the material.

With a high-resolution tablet like Samsung’s Tab S, the Globe felt like it could get closer to recreating the experience of reading a paper without merely filling the gaps with ads, which have become almost an invisible intruder on many web pages.

While the announcement of the Android tablet app is not necessarily an indication of a massive overhaul to the smartphone version, Frame assured me that it, along with the iPad version, are front and centre in the company’s plans for fiscal 2015, which begins in September. And it would stand to reason that the better the tablet version does — and the more its unorthodox subscription model influences other areas of the company’s digital strategy — the faster an overhauled smartphone version will arrive.

Frame couldn’t give me Android usage numbers, but he acknowledged that iOS visits are far ahead of any other platform. Between January and March, the iPhone app reached 165,000 unique users with 10 million page views, while the iPad version had 130,000 uniques and 9.7 million PVs. Both of the native apps were overshadowed by the mobile site, which received 3.6 million uniques and 11.2 million views in the same period. BlackBerry continues to be relevant, Frame told me, with 38,000 uniques and 2 million page views.