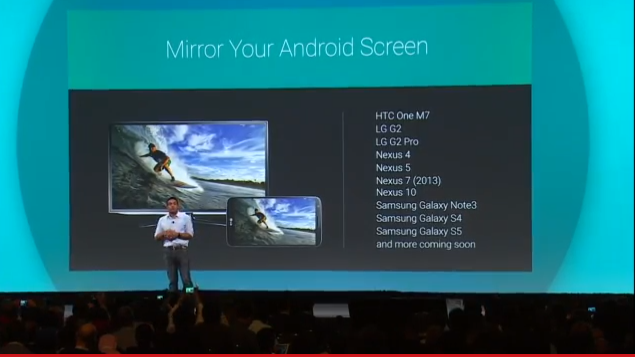 Google announced during its Google I/O keynote that it will begin allowing certain modern Android devices to mirror their screens to Chromecast and Chromebooks.

The list of devices is small at the moment, but will quickly grow. The feature allows users to see what their phone is doing on a TV or Chromebook, synchronized through the Chromecast dongle, Android TV or supported Chromebook.

The full list includes the HTC One M7, Samsung Galaxy S4, S5, Note 3, Nexus 4, 5, 7, LG G2 and others. The feature will be available in the coming weeks with an update to Chromecast.